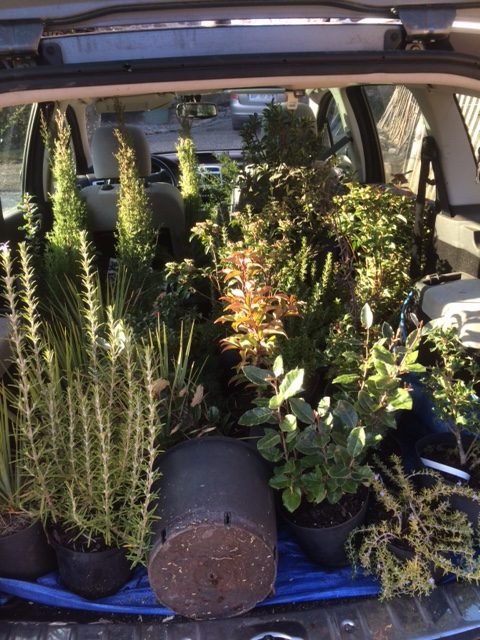 Defeated. I give up. The snow is getting worse.  I’ve come in to thaw out and have a bucket sized cup of tea.

Mild winter weather yesterday has deteriorated into this wet grimness. Calling it snow would make any Minnesotan scoff. But it is annoying enough to put me off my grass seed sowing. 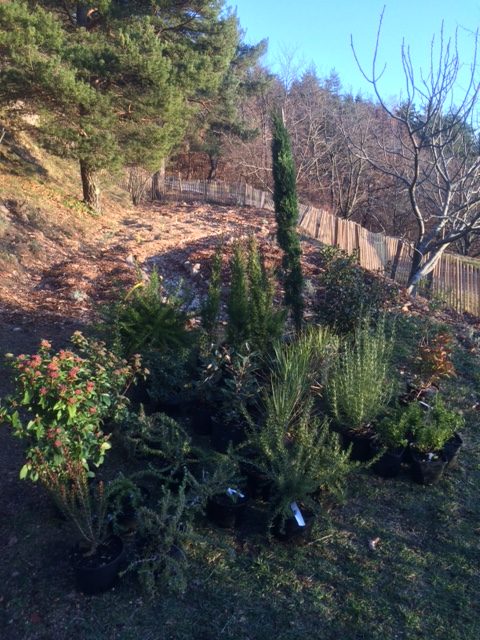 So I have put away my toys for the day.

I was having an adventure earlier placing my beautiful new plants.

Yesterday was the best garden day in months: I had a whole morning at the Vachon plant nursery down beside the Rhone. And then went half an hour further down the road to have lunch with Andrew.

It was just marvellous.

I’m a bit worried about the Tarentin Myrtle as it’s really only hardy to minus 10C. So I committed to one so I didn’t feel too cruel. The same is true for the escallonia. It will be a risk to plant it.  Not to mention the fact I want to plant them in an area that is currently being churned by badgers and wild boar at the far end of the east garden. 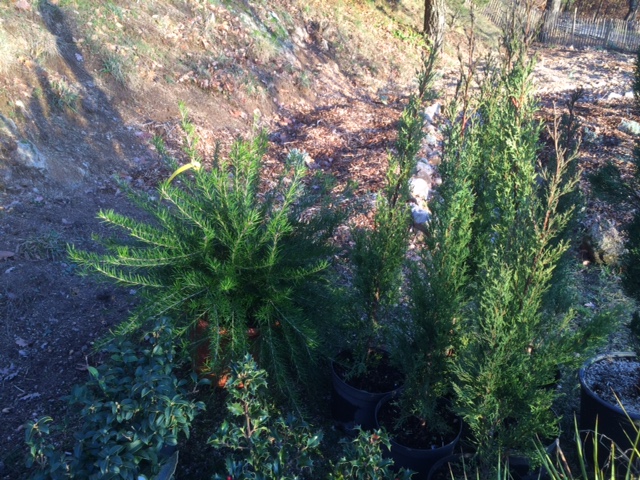 But you know how it is: plant nursery fever.  And I managed to come away with a very risky Grevillea (hardy to about goodness knows what) which I suspect I will have to keep in a pot and shove into the potting shed every winter. Yes, reckless indeed. But that plant came courtesy of Madame Vachon who mixed up my bill and charged me for eight yuccas rather than the five I actually bought.  Unwilling to refund me 24 euros for her mistake I went for the mad option of adding the huge grevillea to the front of the car (no room in the boot) rather than standing my ground and demanding a refund.

But nothing was going to spoil my day and after a wonderful lunch it was up to the garden with my loot and a first go at placing the plants.

The main aim of the whole exercise was to buy the cypress pines. 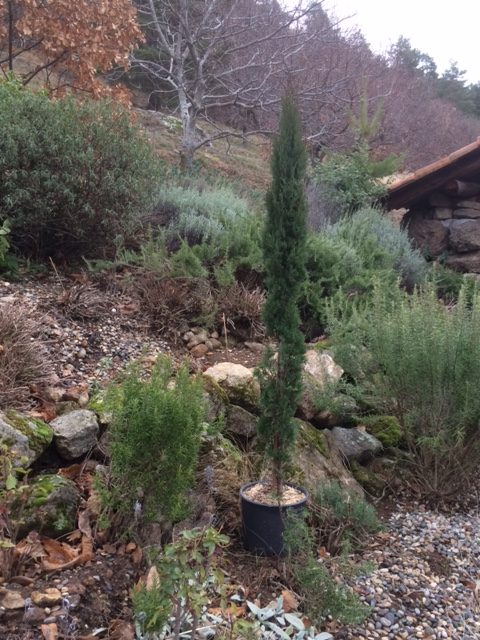 I placed the tall cupressus Totem (good sign!) in the barn garden and I am delighted how it imposes among the other evergreens. I need to show it to you from another angle to get the best view. But that would involve trudging out into the snow, and I’m only just dry.

But I won’t be planting it just yet.  I have the tricky job of trying to get the rest of the cypresses in place before I reach for a fork and trowel. 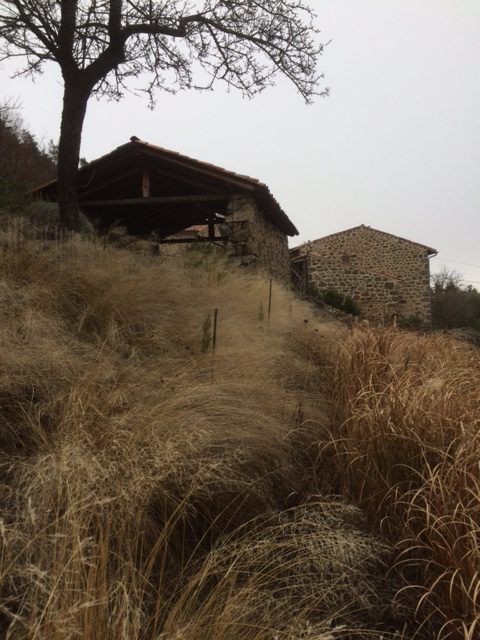 Andrew suggested I plant the biggest one first and the rest will follow.  But the challenge involves the smaller (only six euros) cypresses which I want to plant along the lawn and pool banks.

I think four will work in among the grasses on the lawn bank. And obviously I haven’t bought enough plants if I want to repeat the exercise on the pool bank.  But I realize that I need to cut back the grasses first. 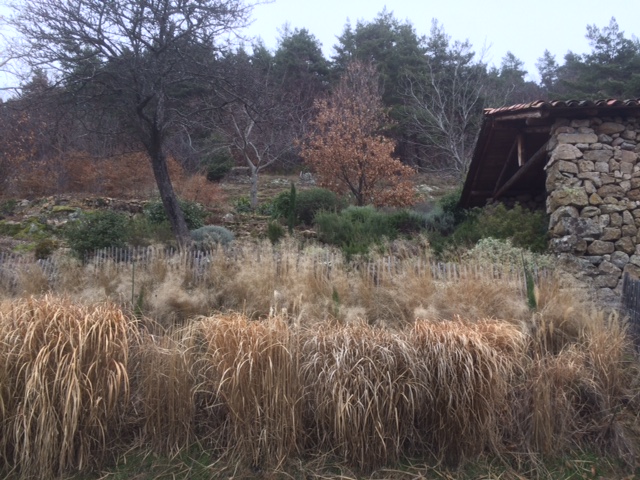 You can barely see the plants for the grass.  And there are hilariously long snaking bramble tendrils in among these grasses. I found this out when I tripped on one while I was trying to place the pots and did a very inelegant face plant down on the lawn.  Soft landing. But still.

And here’s the problem. Do I line up the lower cypresses so they exactly match the one on the terrace above? Or stagger them to give the illusion of five trees when looking from the lawn?

And do I place one cypress right in front of the apple tree knowing it will eventually take it’s place. Or do I have a few years of annoying clashing plants while I wait for the cypress to grow?

Pondering this in a light snow shower, nursing a sore shoulder from the fall and picking bramble thorns out of my finger was Not Conducive to finding the answer.

So I’m going to hit the pause button. Cut all the grasses back first. Bleat to Andrew with illustrated photos, and only then will I plant them in the ground.