The House and Garden magazine shoot 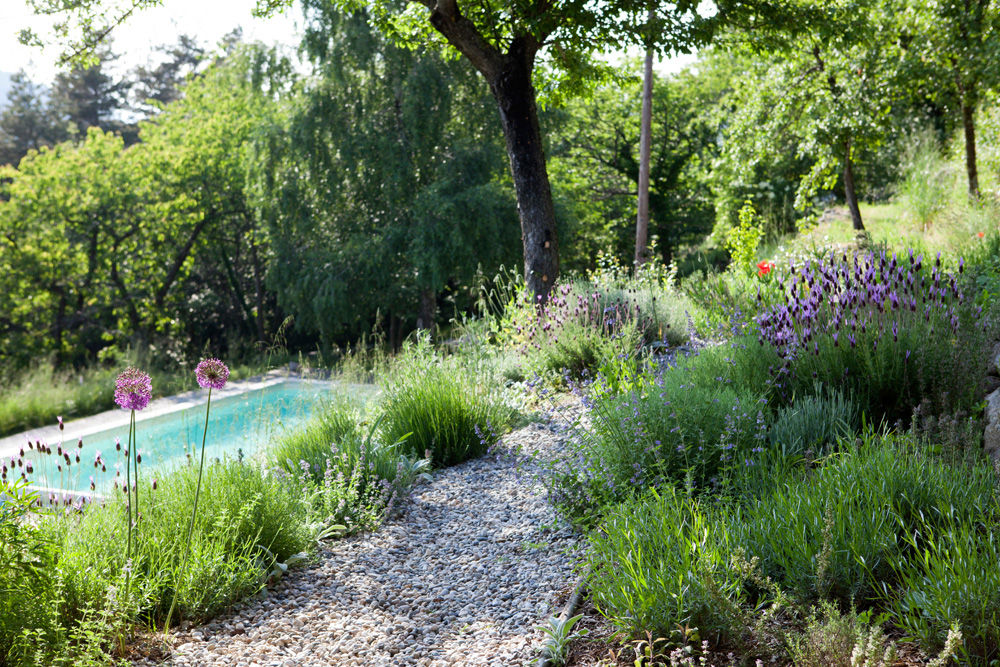 It is every gardener’s dream: having your garden appear in a glossy magazine.  And mine came true in September 2014.  Here are the pages of our garden and farm that were published in Australian House and Garden magazine.

It all came about through my dear friend Charmian who is friends with the editor, Lisa Green.  Lisa was looking for Australians who were making interesting gardens in Europe, and Charmian suggested me.

On a trip to Sydney I met Lisa who was intrigued by my pitch and photos and it all happened so quickly. I had just four months to turn my very scruffy but full of potential garden into something worthy of the magazine. 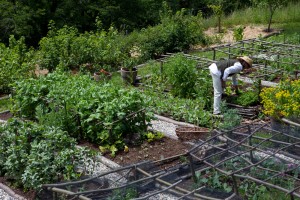 And boy did I work.  Dawn to dusk, lists, chores, a massive redesign of the potager, clearing, cleaning.  Never understimate how much work goes into those gardens for show.   And in the build up to the June shoot it rained. And rained; and the weather was unseasonably cold.  To call me crotchety and panicky in those last spring months is an understatement.

Lisa booked a Paris-based Australian photographer to come down for a few days. And I was obliged to put her off a week while I waited impatiently for the roses in the courtyard to burst into life.  It was just too cold. 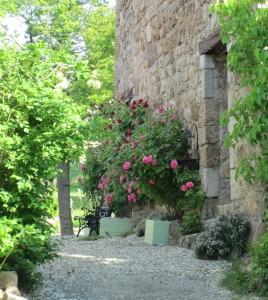 But it was worth the week’s delay.  I do so love Australian country girls. Carla was great fun and so positive and very hard working. Snapping late for the sunset and then up at 630am for the morning light on the east side of the houses.

And to my almost weeping with exhaustion relief for the two days she came the sun blazed and was just perfect and still and even hot. (First swim of the year from our guest.) And we ate outdoors, managed to get the first few cherries off the trees, eat snow peas in our just picked salad and generally have fun. 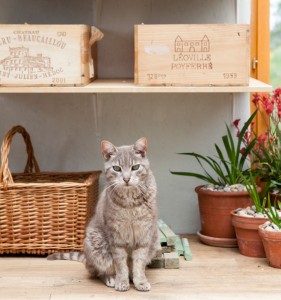 Oh and Artur was quite the star of the show during the shoot. He was shameless in fact.  Looking his most photogenic and winsome in the shots.  And boy did he appear in plenty of them.

Luckily Carla was a cat lover, as he kept slinking into view and plonking himself down where we were working.

Well, it’s not really working. I had to stand about doing action things like watering plants and collecting wild flowers. A far cry from proper work like weeding and hanging out of trees cutting branches, mowing and strimming and hauling logs.  But still.

I was so relieved it was over, but very proud.  And prouder still when the magazine appeared on the newsstands.  My aunty Ruth could finally stop haunting the Mount Victoria newsagents every month checking each and every issue in case the article had appeared. (She became an expert magazine browser in the months and months of lead time from just photographed to the just printed.)

And best of all, Lisa permitted me to write the story about what it is like to take on such a large garden and project. I hope you enjoy reading the story so far (click the cover image to view PDF).

And I am so very grateful to Carla for generously permitting me to use some of the photos from her shoot to decorate the pages of my website.  Her story of how she became a photographer is a novel in itself.  Have a look at her website and you will see.

« Autumnal sunset » The end of the flower season