I was going to call this badger-proofing for beginners. But as there is nary a shot of a badger, nary a fence, and I’m possibly blaming the wrong wild animal I’ll stick to irises. 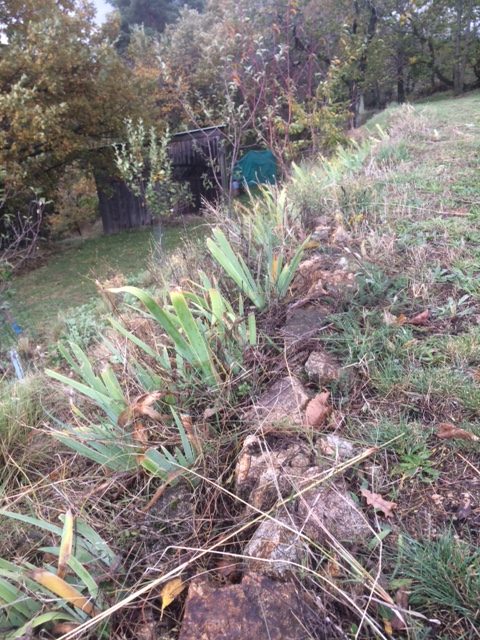 Proving to be a marvellous asset in the drought-tolerant planting scheme.

Once I had weeded all the main bank I realised that the top of the orchard bank that turns into the track needed weeding too. It was getting in the way of my shots. I could see dead achillea stalks waving at me.

And as I was grabbing out the dead grass, the bindweed, that darn achillea and all sorts of nasties I realised two things. 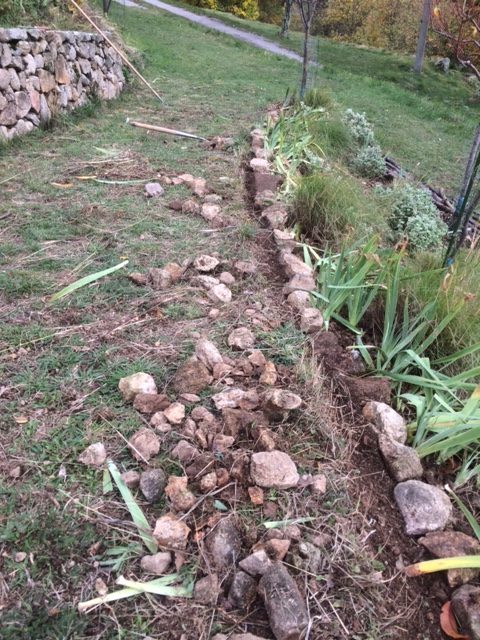 First, that it may have stopped raining, but I was soaked. Second, that I needed to lift and divide the irises as they were so crowded. And finally, I needed to rebuild that little wall of stones.

Wall? Okay line of stones. Wonky line at that.

But first I had to work out where to move the irises I had just levered up with a hefty fork. I took out a quarter of the crowded clumps.

And as I was standing there getting gently wet and not wanting to go very far, I decided to plant them on the bank lower down into the gap where all the sage and phlomis and agastache died of drought over the past two years. The agastache (oh joy, lets have a reminder how fab it was) 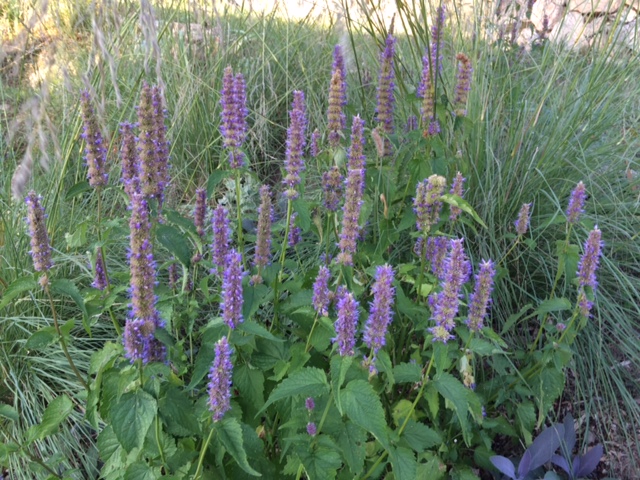 was the first to go. Followed by the phlomis then the sage.

But all this lovely exposed soil (with rich mulch from spring) with newly transplanted irises meant that the badgers could have this dug over in no time.

I have run out of fencing. So I just shoved on what I had to hand. 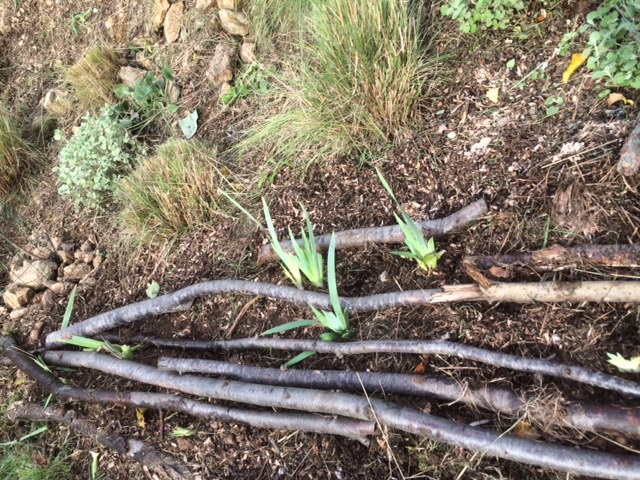 And believe me, this is not going to win any beauty contests. But the badgers don’t seem to like to dig where I have dumped so much wood. So it can stay there until I find something better. 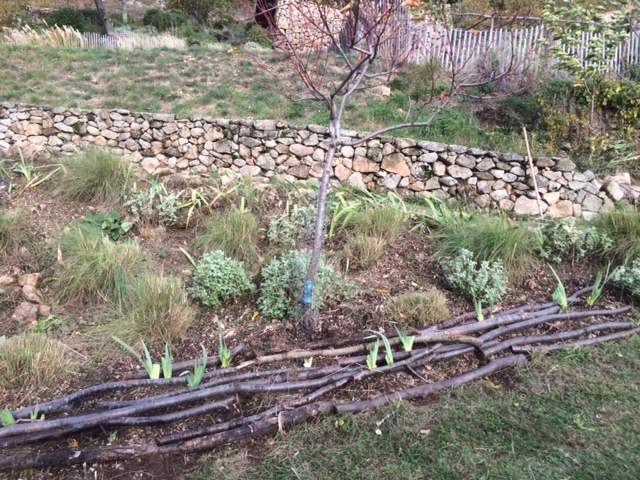 Or the wild boar come along and churn the lot and nothing (not even a pile of heavy stones) will protect me.

I can’t leave you with something so ghastly. Have a shot of the finished track with new low line of stones and evenly spaced irises instead. 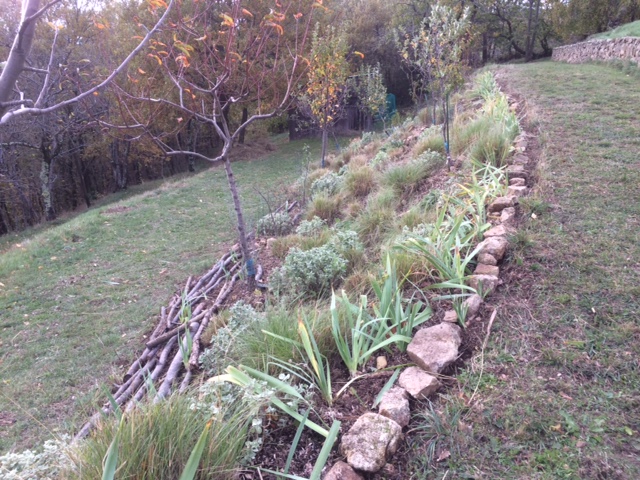 « Hacking back the jungle » Clinging on