Well I’m sure you have had a surfeit of the word. And you don’t get the fun of playing in it.

Yes, we are officially calling this the last day of mulching.

I’m done. I have finished my heaps.  The garden is Gorgeous. All tucked up and tidy. 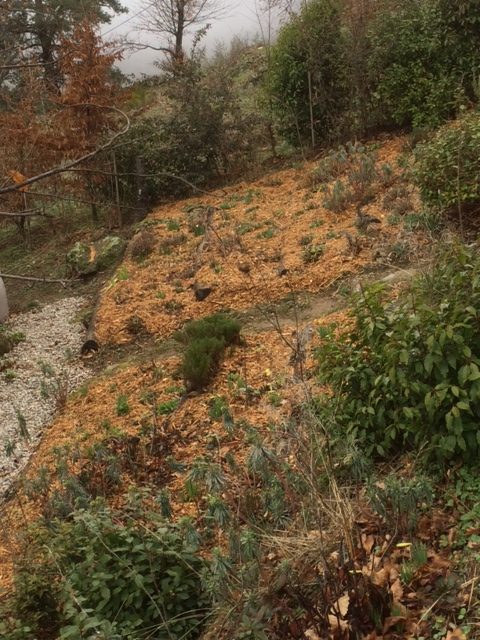 And I’m not even going to say that annoying thing that all people do. I wish I had even more of the stuff.

I ran out. And I could murder another pile or two. I didn’t get round to mulching the huge long orchard bank. Nor the rest of the paths.  Or behind, in front and around the potting shed. 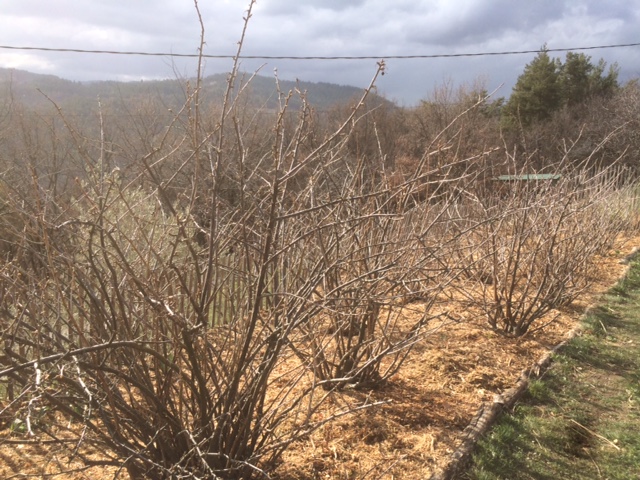 I decided to concentrate more on plants than paths with what was left.

But oh, the idea of having areas of the garden where I won’t have to control weeds in spring…. 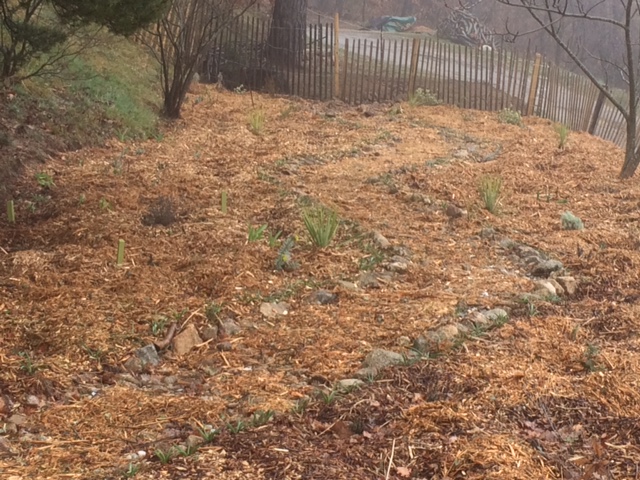 So once I finished (late) another go of mulching the dry garden,  a top up of parts of the guest house garden and a bit of general flinging about, I moved to the paths.

Behold a photo essay of beige. With tinges of brown. 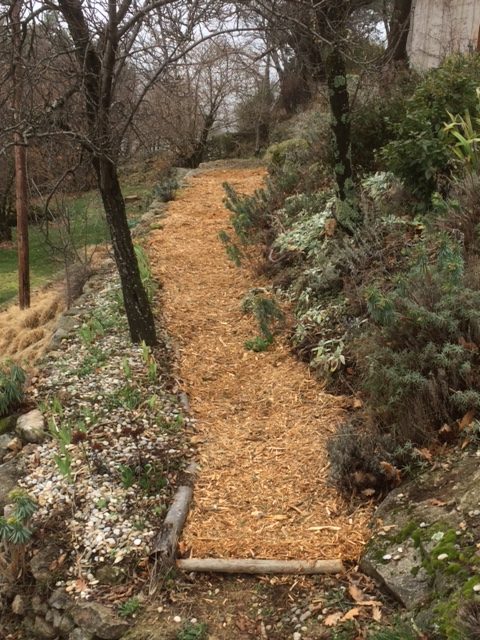 Alice’s path which bisects the top of the pool bank and the shade garden bank.

The steps at the top of the shade garden.

I’m only half way through those.  I need to weed and dig out each step as the soil has shifted over time.

And of course the annoying moles and mole rats will insist on excavating under the steps, entirely ruining this picture.  You can expect me to hiss and moan any day now when a creature has the temerity to ruin this fabulous garden maintenance feature. 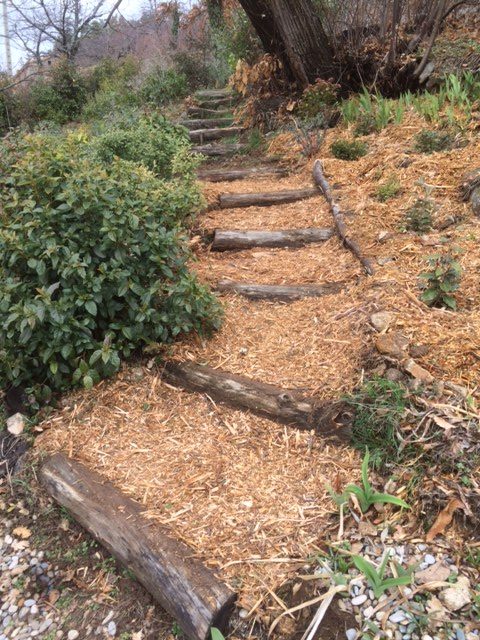 And a confession. You would think that I had done with mulching once the piles were clear, the tarps folded and put away. But no.

Early this month I had started dragging sticks and branches out of the forest because I knew I needed to chip. And they were stockpiled down by the stables.

A deeply unattractive sight. A sort of breakers’ yard for branches.  What to do? Pretend I don’t see them and climb over them to get to the stables?

The tarpaulin tidy effort put an end to my dithering. They had to be turned into mulch as well.  And raked up and then I would have lawn again.

So hoping that the municipal behemoth of a chipping machine wasn’t being dragged down to road in the distance while I hauled out my teensy one-branch-at-a-time chipper, I set about.

And the afternoon flew by in the domestic scale of a gardener. Ten fat full sacks of branches and sticks reduced to ground cover mulch for the paths.  Count your blessings. Be grateful for the windfall of marvellous mulch. And never bore your readers with tales of chipping again. 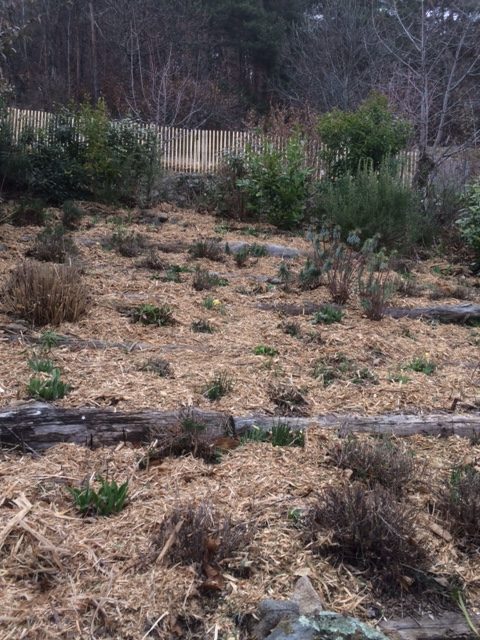