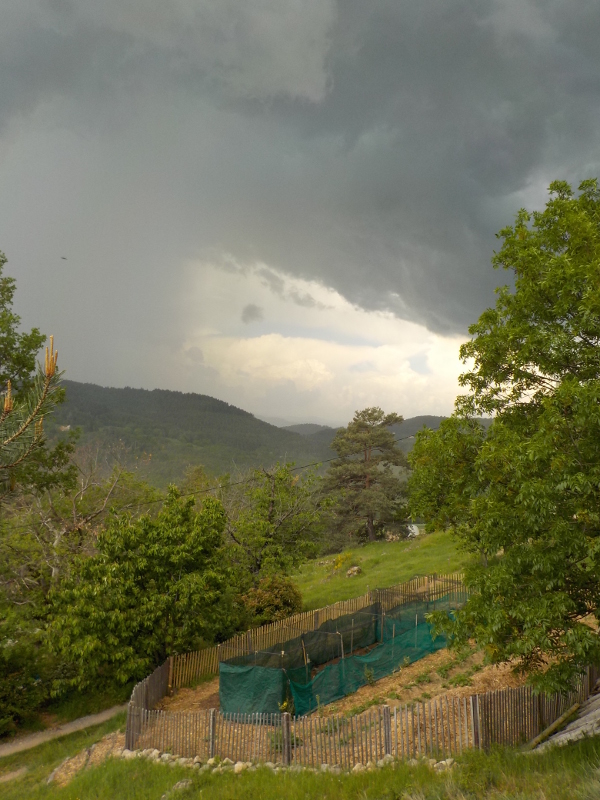 An afternoon of thunder and flashes of lightning. Great roaring and rumbling and even some rain. That was a treat. I was thinking that it would be one of those spring afternoons with inky black skies, huge drama, tremendous inconvenience in terms of electricity and modem unplugging. But not a lot of the wet stuff. 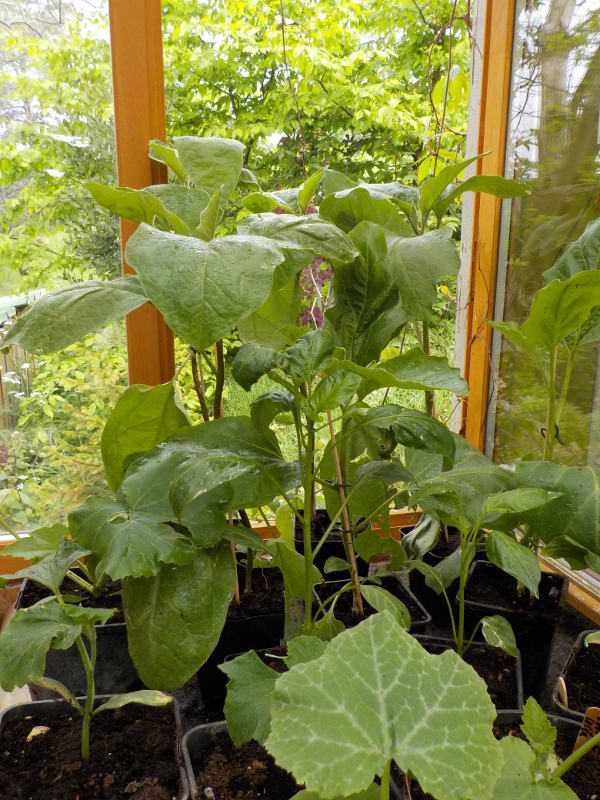 But it rained. An impressive half an inch in a few hours. And that made up for the truncated effort of trying to harden off and pot on my plants in a thunderstorm.

It’s all a question of timing.

I’m standing under a tin roof with an impressive range of metal tools. Do I stick or run?

I was skittish at first. And then frustrated as I really had a HUGE amount of potting on to do. So I would listen out, wait for the flash, count like mad, and then either keep on working or dash to the house.

In between the safety scrambles I managed to pot on the tomatoes, aubergines and the peppers.

They all need hardening off. So instead of shoving them out into the garden with the hail and other dramatic damage potential, they are lurking at the doors.

Clinging on and peering out.

« Spring scenes » Alliums in the garden