If it’s a boiling hot summer then I must be creating something new.  This time last year I was in the throes of creating the guesthouse garden. Perched up on a steep slope hacking away at weeds.

This week I am at it again.

A large project I have been meaning to attack for years. 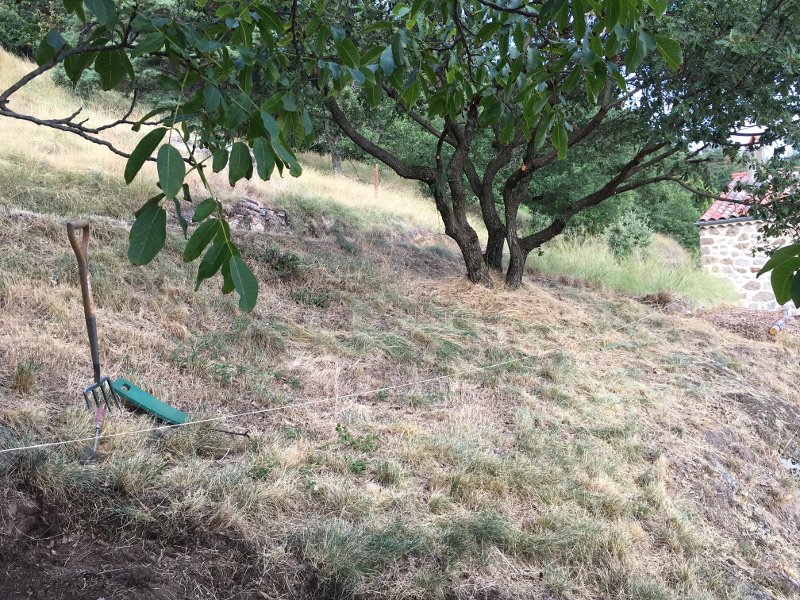 Above the courtyard there is a sloping bank that links the oak bank to the walnut bank 40m of sloping festuca and brambles.

I can strim it into submission. but every year the merrily self seeding festuca glauca creeps further down the slope. A pioneering plant invasion if ever there was one.

If I look back through my years of recorded images it never seem to look any different.  Except this year I made the gorgeous oak more of a feature by upskirting the base. 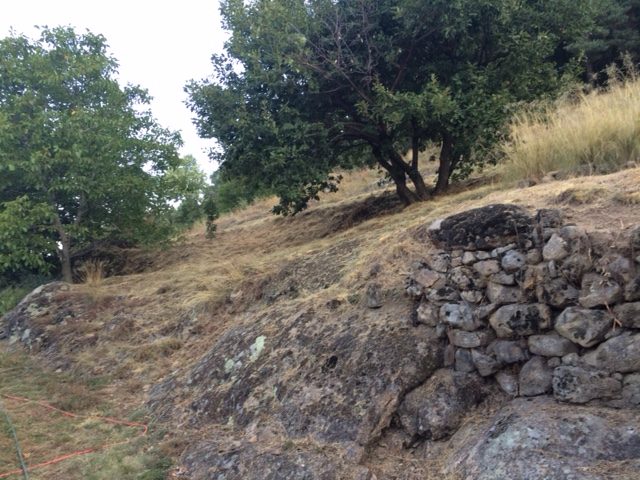 Is that a word? Did I make that up? No, I just checked. Trees can have their lower branches removed to give a more pleasing silhouette.

And also it saves you getting a branch in the eye when you try and strim underneath. 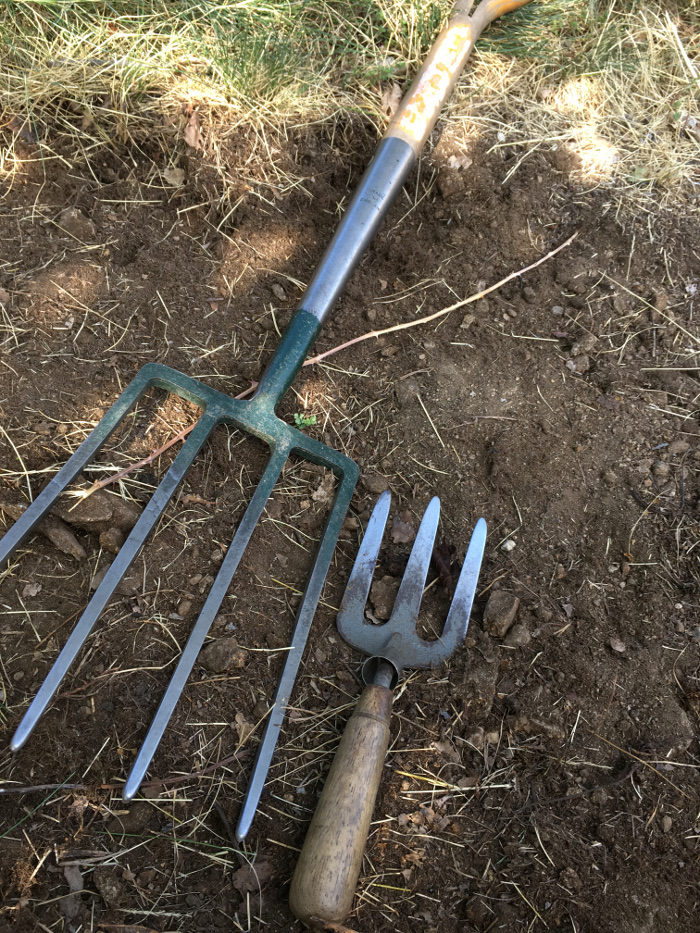 I didn’t start out with the aim of overhauling the entire area. It’s over 100 feet long (90m).  No. I was looking for somewhere in the shade where I could play.

And on the far edge of the oak bank lies a huge walnut tree growing out of a granite outcrop. 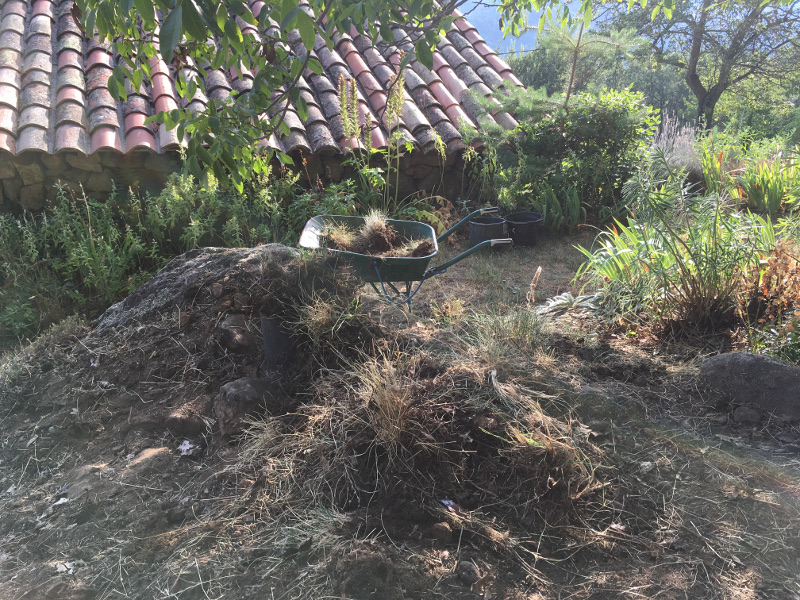 And on that granite you find a whole forest of festuca and bramble. Out came the trusty forks and I made a start. 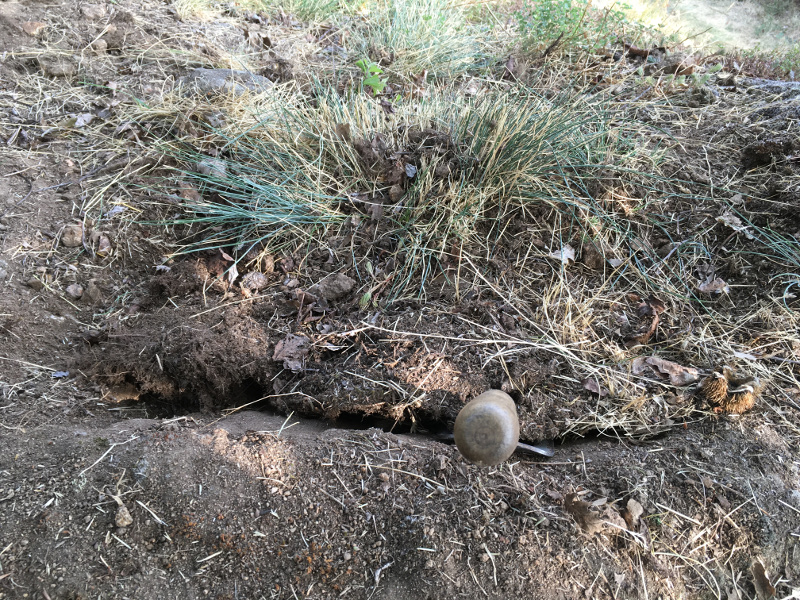 Maybe in another life I would be an obsessive picker of fingernail polish.  But this is just the best thing. Getting your fork in under a mat of weeds and lifting them off the rock. Deeply, deeply satisfying.

And from there it was just a glance to the left, a hitching of the trousers and two days later I had weeded and excavated the lot.

Luckily I had a talking book to distract me. The crouching perch is hell on the calf muscles. As is the observation that I seem to have shifted about an acre of soil on this mountaintop using just these two hand tools. Plus a mattock.

How mad is that? 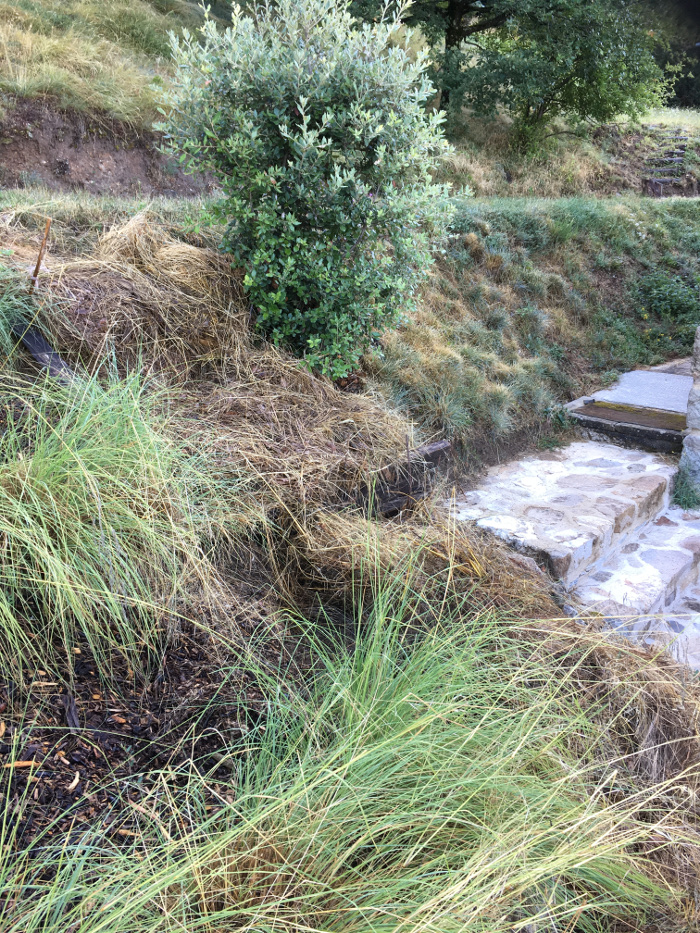 You can’t see a thing from that shot. Sorry about that. I built up the edge and then hid it all with the grass mulch. No bare soil for me thank you. I don’t need more festuca seedlings.

But back to the bank. I needed a wall. I don’t have the rocks / funds / time / skills to extend the lovely low wall that is to the right.  So instead I went to the deeper recesses of the forest and hauled out three large chestnut logs.

Goodness they are solid beasts. I had hoped to use the nice light chestnut poles from the pergola. But I’ve already used them up in the potager. 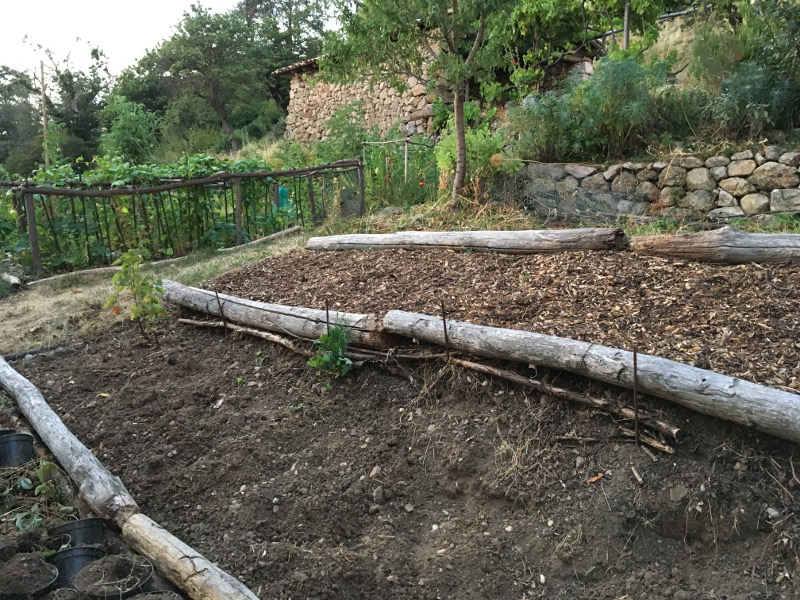 Rats. I almost put my back out getting these ones into place. 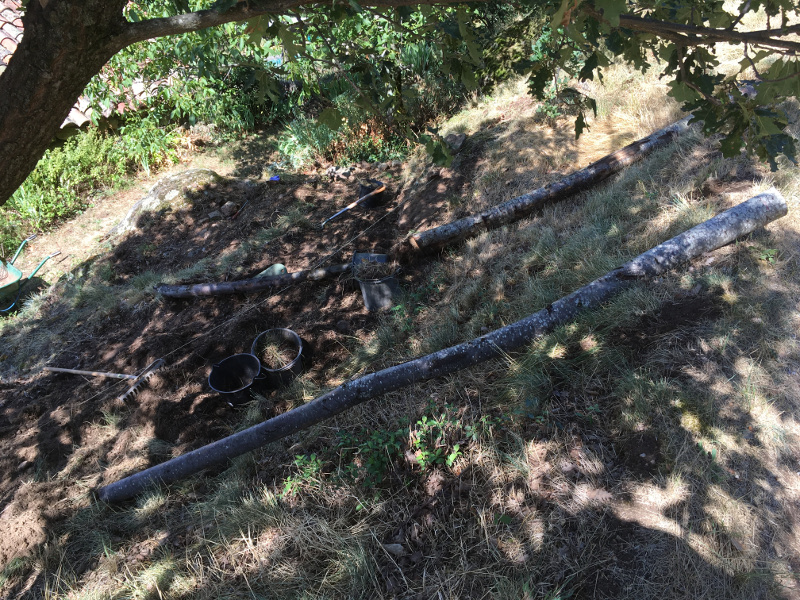 But t’was well worth the pain.

Isn’t that the take away message from most hot summer landscaping projects? 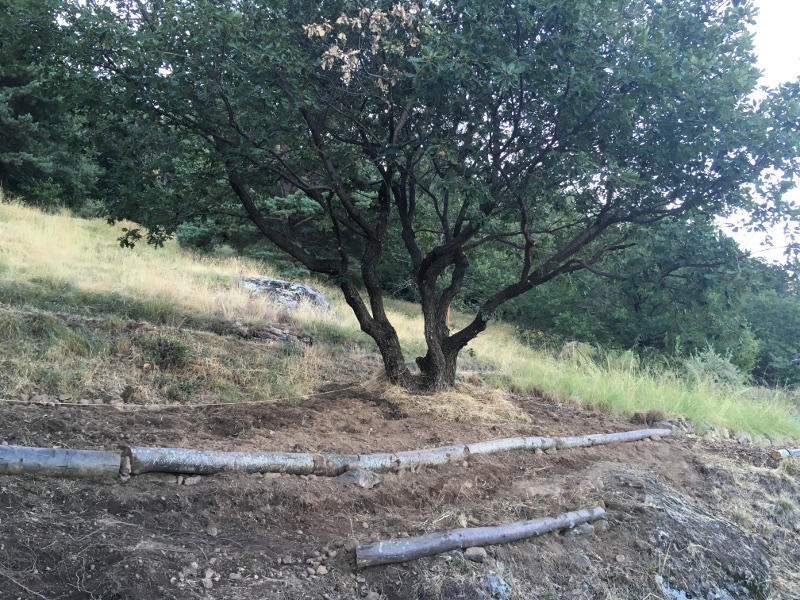 I am undecided about the second smaller log in front. I must admit that I just ran out of the will to live when I could see how much more weeding I needed to do on the lower bank.

So I think, for now, I will keep this in place. But when I get a rush of blood and a day to spare I will pull it apart and keep on scraping and pulling the brambles out of the rocks.  It’s no fun in the blazing sun. 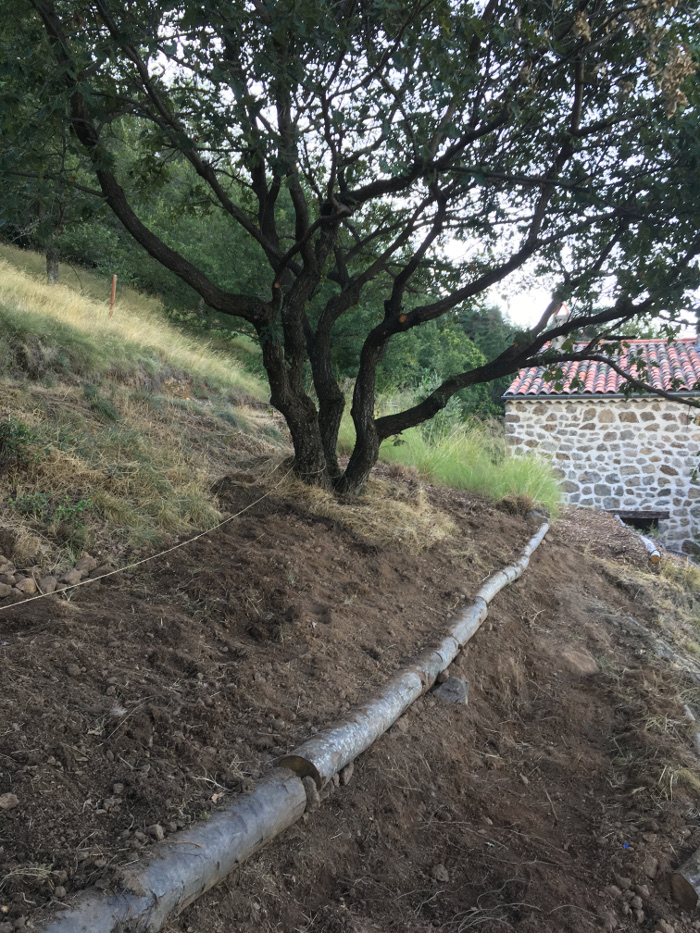 « An indoor project » Planting up a new garden bed