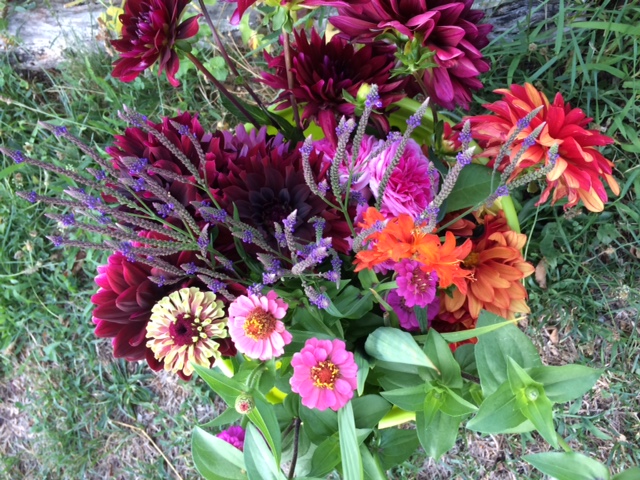 Ooh good, I can plug back in now. That was an awful lot of thunderstorm and drama for four measly mm of rain.

I meant to post news earlier. But you know how it is on your first day back anywhere. Too much to do all in one go.

I had to do groceries and errands in town. So that meant nipping out early so I could make up three bouquets of flowers. Two for the bakers and one for the butcher. 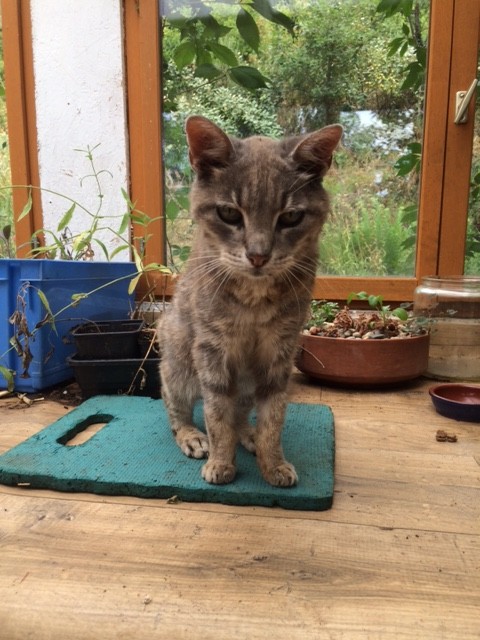 I forgot to take pictures of the finished product so I’m afraid you get the plonked in a bucket shot. Heaps of dahlias and zinnias and the last of the lovely crocosmia.

And some roses. That’s a treat for high summer. I am so pleased I moved them from the courtyard down to the potager where water is more plentiful.

His royal skinniness was thrilled to see me.  And I can tell he hasn’t had anyone give him a good pat and stroke for six days. Most of his fur ended up on my pjs.  But he looks well. If you look beyond the emaciated bits. And his fur shedding. 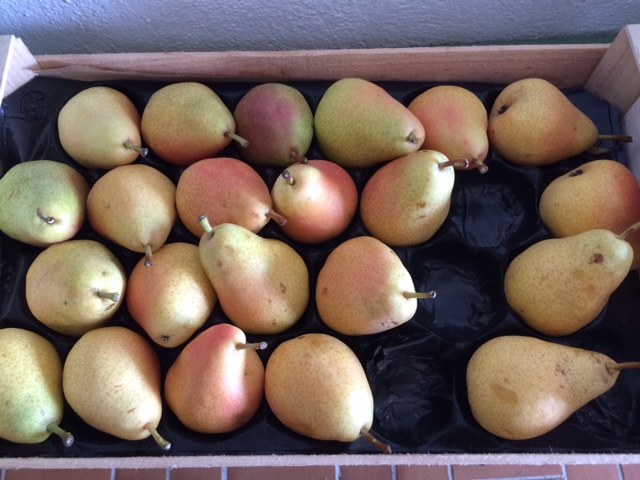 Right now he is guarding my sage and sedum cuttings up at the potting shed. And I swear he didn’t even hear the huge clap of thunder that felt directly overhead.  Deafness has its plus points.

I definitely heard it and ducked. And did that quick audit of the person. Metal secateurs in pocket, mp3 player and earphones, metal belt buckle. Oh dear. Standing under the tin roof of the potting shed…. I bid a hasty retreat to a blissfully purring cat and went towards more solid structures.

And baked two chocolate and pear cakes and one batch of my cycle bars.  I stupidly fell for that tray of pears last week at a roadside stall. A whole tray for three euros. (I was buying melons at the time.) 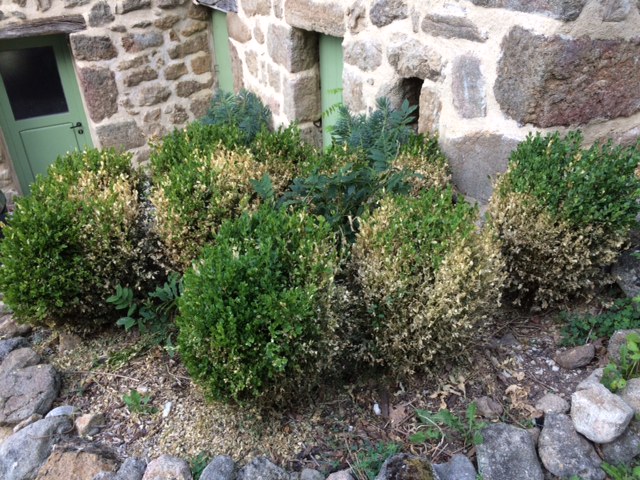 And now they have all ripened over the course of the absence and I’m over eating and trying to work out how to give them away.  Apricots you can freeze. Peaches at a pinch. But pear slime once defrosted is not a winning formula. 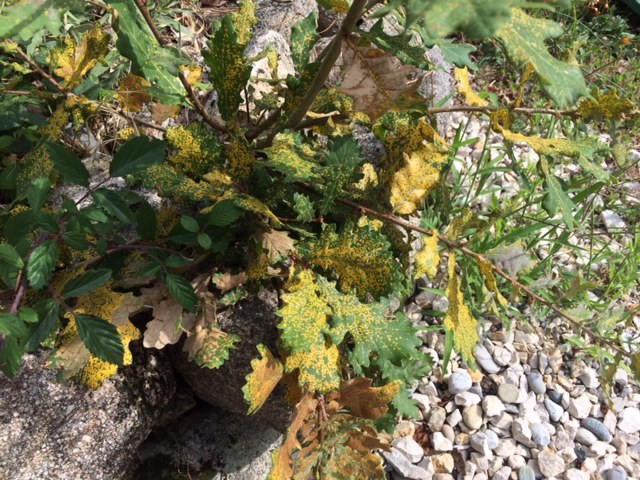 And speaking of slime.  The box caterpillar moth plague has not magically gone away.  I need to give them a good inspection once I’ve written this. The view down in among the box leaves is Not Good.

And just when you thought one biblical drama was enough this summer. Have a look at the mystery rust on the oak. 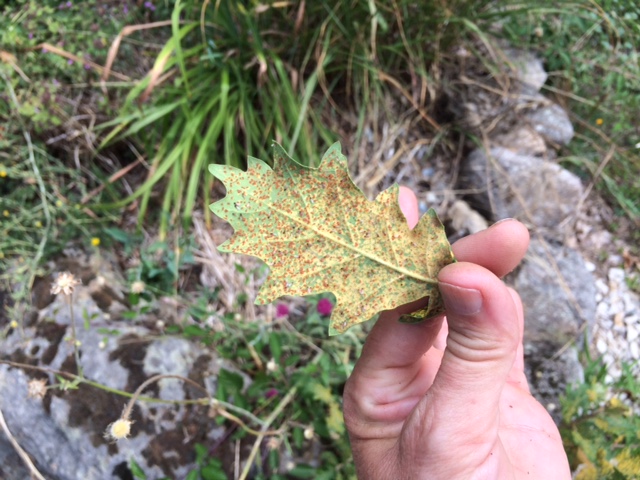 Dear god is there no end to the attacks?

Apparently not. A quick look out onto the horizon and there’s a bushfire. 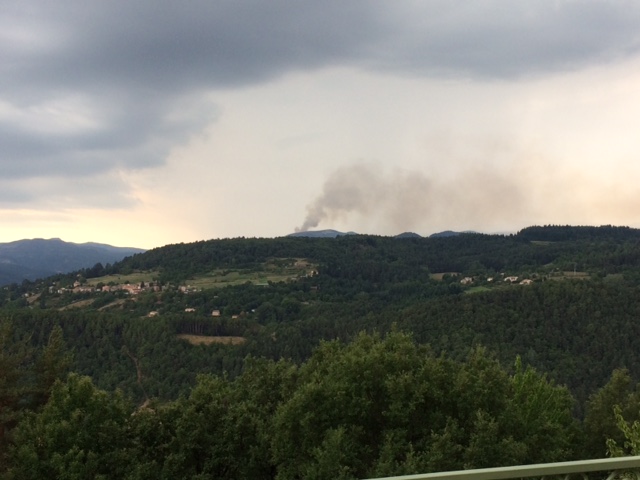 A plague upon our houses indeed. Best go up and cuddle the cat.