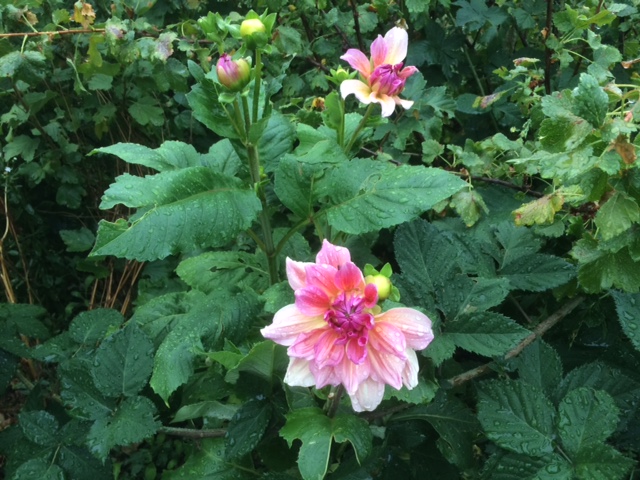 Otto’s Thrill. And I’m thrilled too.

I think we have had a surfeit of dying and brown and bland this week.  The heat is set to continue but at least I have some rather fun zing in the potager.

Or in this case between two jostaberry bushes in the soft fruit orchard. I ran out of room in my cut flower patch.

I think this has been my best year for dahlias. Mainly because I took a bit of care last autumn, and I staked them this spring.  Ten years on and I’m finally working it out!

You may recall I decided to give them proper pots last year as they had outgrown their smaller temporary ones. By proper I mean, ‘I’m not paying that much for a bit of plastic’, and I bought a dozen builders’ buckets for a euro each and drilled holes in the base. 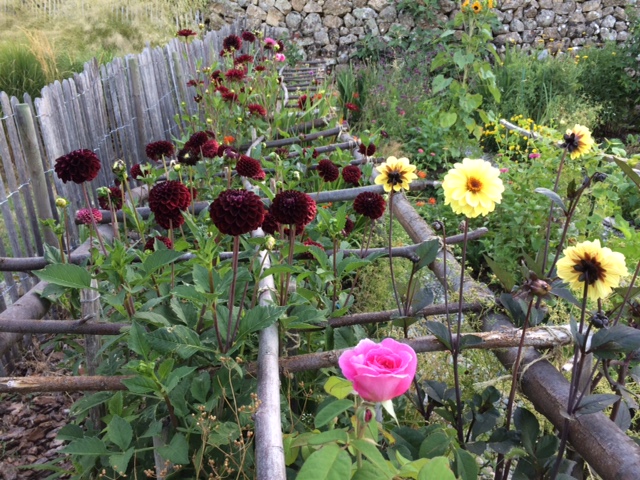 It has been a huge success. They are sturdy, well-drained and the mole rats couldn’t reach the roots and delicious tubers underground. 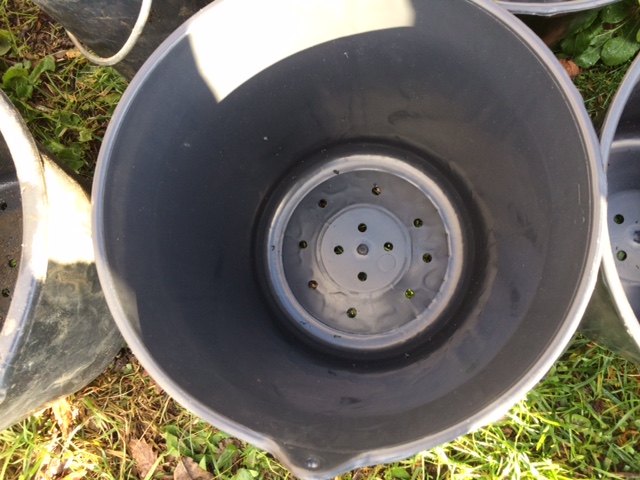 But I had too many plants.  So some mystery tubers were just planted up in the old pots and shoved in between the soft fruit bushes and I decided it they were good plants, they could be crammed in later.

Who knew one of the most dramatic of my dahlias – Otto’s Thrill – would have been relegated?  I have way too many nice but sensible crimson flowers and too few of these wow ones.

I’ll sort it out at the end of the season.

And just in case you thought the potager was all flower and no function…. 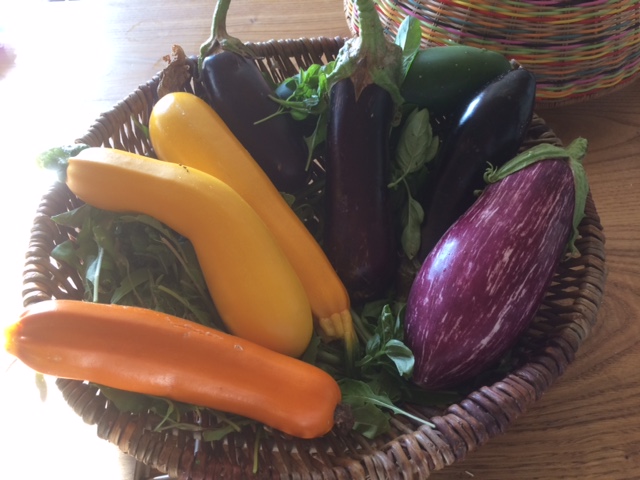 As is a new crop of beasties. I have no idea what these are, but they hatched this week and are currently perched on some rocket and dwarf French beans gathering strength.

If I’m lucky they will eat the box caterpillars which are having their third hatching around now.  It’s an entomologist’s delight around here.

I’ve given up being appalled or even roused to action. I just look, photograph, roll my eyes and wonder what plague is coming next.