Gee, some plants would be good.

Well we aren’t at that stage yet, so don’t get your hopes up for anything green. 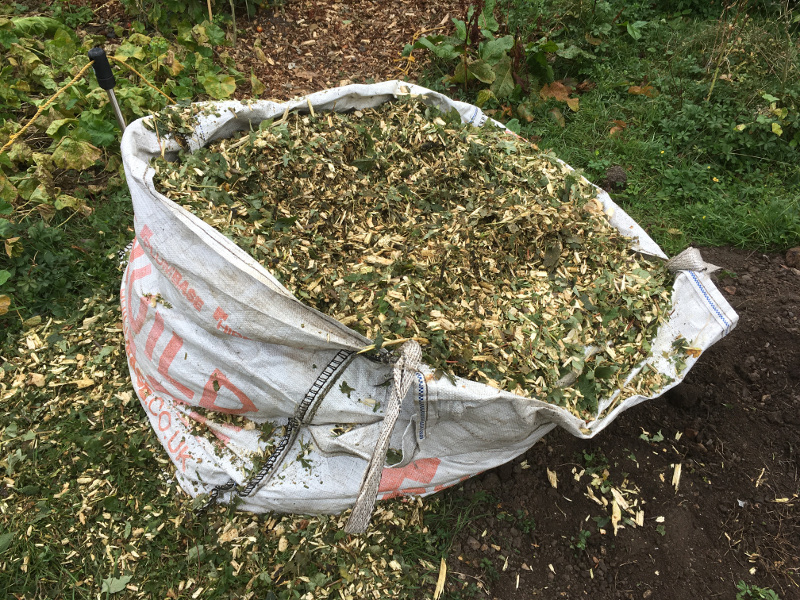 And a tree. A huge beech tree. Yes last time I wrote I was gazing lovingly at that huge pile of beech cut down and stacked on the road.

Too heavy to lift. So Hooman cut the enormous discs into bite sized chunks while I was away with my loads of bricks.

And we loaded the car together. Me marvelling that he would call these huge boulders bite-sized. And trying not to think about my aching back. And gushingly grateful at his kindness. And wondering what on earth I will do with them.

Actually I have an idea. But first I had to sneak them onto the plot.

No parking close to the gardens, it was a long and very slog. And with the added frisson of the parking police.

The pieces are going to go in the central circle of the garden.  Possibly in the form of a curving low wall.  But they are so heavy to shift that all I could do was heave them into place and hope for inspiration next month when I recover from the effort. It’s like a jigsaw puzzle but one I can’t lift. Sure could do with Nicolas the French wall builder coming by on a flying carpet right now.

But if I can’t shift logs, I can do another permaculture bed. That’s progress. Here is the action sequence. Weed the plot, dig out the base and put aside. Place the first layer of logs (I didn’t have enough) and sticks. Then the layer of dried matter, a few bits of looted cardboard. Stamp down. Pile on the soil. Stamp down again. Mulch.

And then spend the rest of the afternoon playing with the bricks.

I have a fox or a small dog who is enjoying the mulch as much as me.

There is digging. There is flinging stuff about.

So I ended the day grubbing about my stock behind the giant rose bush (a place for all mess) for old chicken wire to drape over the new permaculture beds.

Until I get things planted up I suspect it will be a battle to keep it this neat. 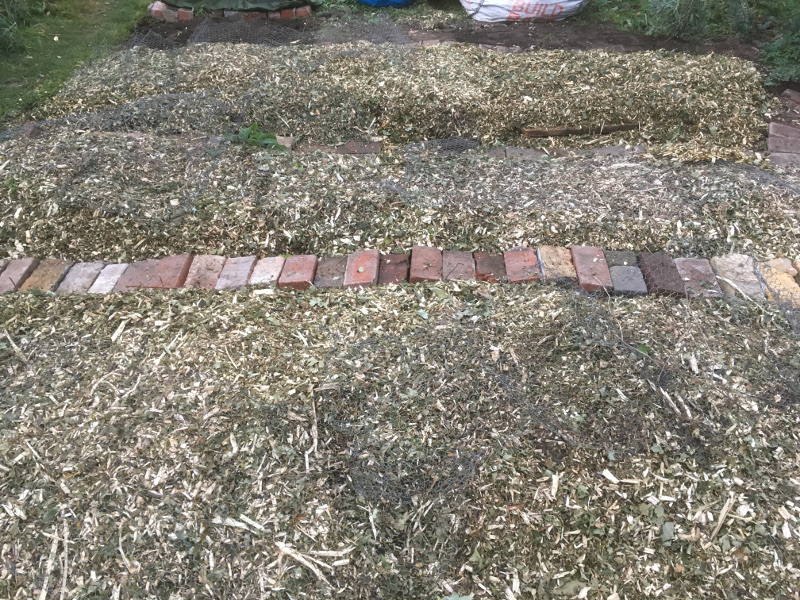