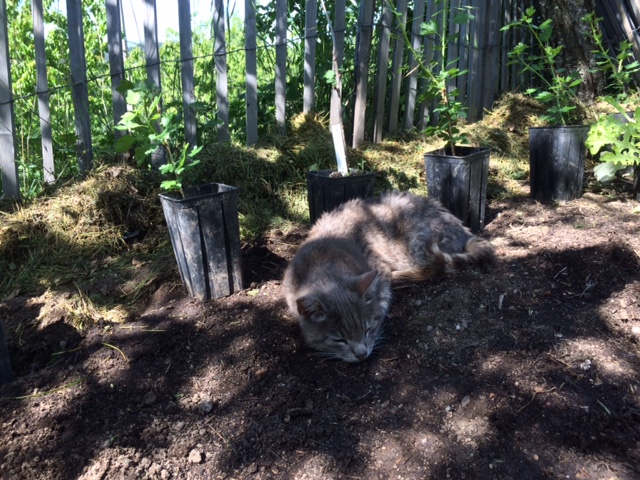 The Chief pest(ering) control officer was very active while I spent the week digging this particular bit of dirt. In the way everywhere I wanted to put my fork.

I love it when I create a whole new garden area. Welcome to a brand new area in front of the lavender bank and to the left of the potager.

It’s an extension of the soft fruit orchard if you like. I have 24 gooseberry plants which need a home.  And four spare jostaberries. 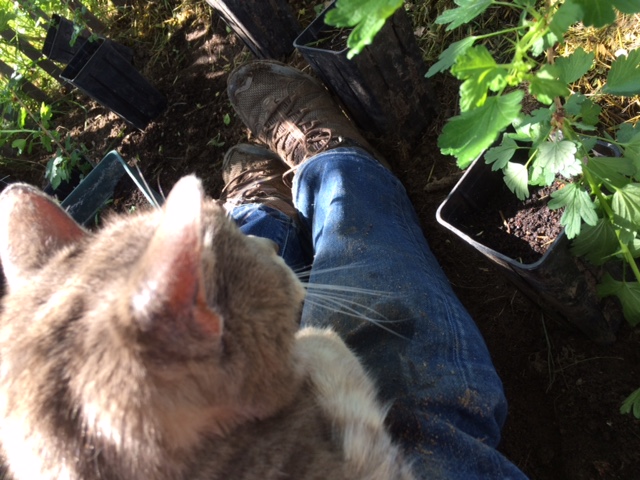 But none of them are for me. They are for Lisa and I am looking forward to her coming over from the west of France to pick them up. Any time this year.  We are both madly busy and it’s a trek.  But at least the plants are better off in here, in the soil, rather than languishing in the potting shed.

But I have plunged them into the soil with their pots, so they can be lifted any time.

And the bonus is this is a shady part of the garden. Dappled shade. Which means it’s going to be perfect for all my salad plants which should be going in the potager.

But I get so cross how quickly they bolt in the blazing sunshine, after all that work of seed sowing, pricking out and potting on. And planting.

So in between the gooseberries. I have shoved many a lettuce.

And it makes me feel more benignly complacent about the useless overhanding plums.  The suckering factory.  They will offer shade. They certainly don’t offer plums. 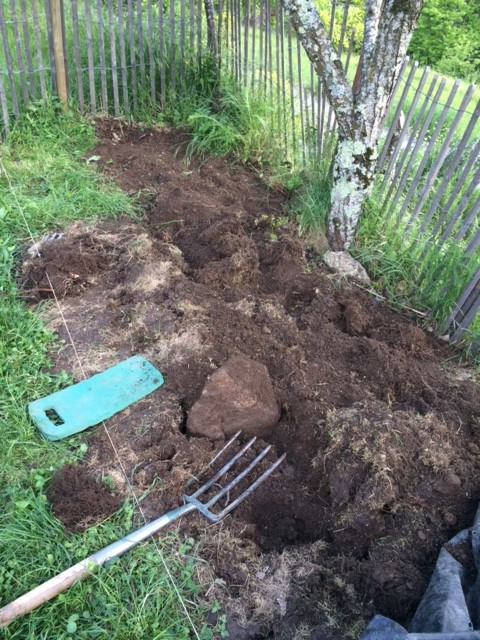 To get this bed dug over I had to remove boulders. and stones. And then dig up as many of the suckers as I could. and cover the rest in plastic bags then cover with black plastic (leftovers from the mulch sacks) and then mulched.

Luckily all this is at the very back of the border so you won’t notice it. Not with all the mulch. 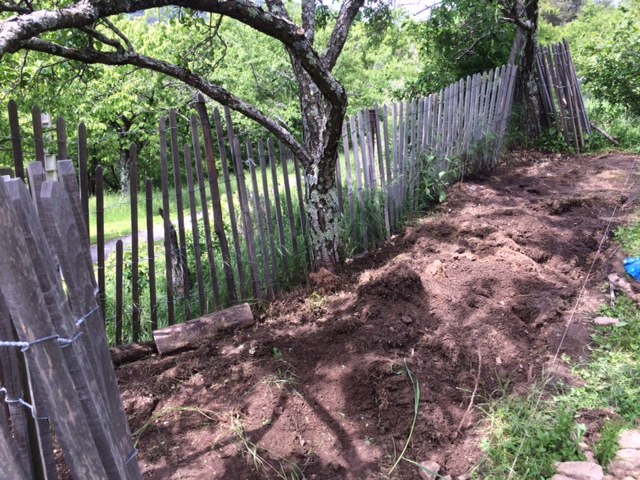 And then once I raked and worked out the levelling. It sloped madly, it was removal of yet more weeds which I swear appeared overnight. And then did a bit of cursing about the mole rat run which also appeared.   Let them come up against the plastic pots of the gooseberries. Hah! 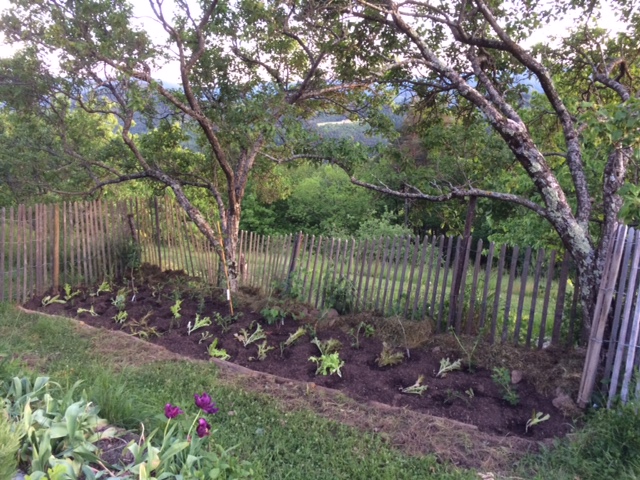 I have to rush this I fear – there is thunder in the distance and I’ve already gone up to my neighbour’s to unplug. I won’t be far behind.

So it’s all done. I’m thrilled and Artur has a new snoozing spot where he can keep an eye out for me if he needs any human interaction. 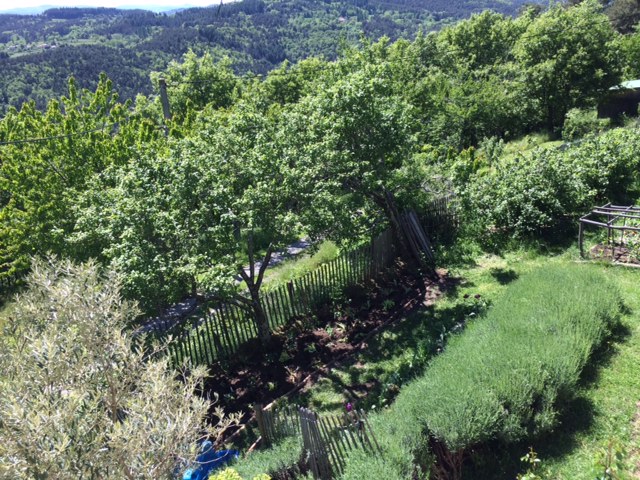 He’s falling to bits I fear. Limping and his fur is falling out. But purring and plucky and always keen for a lap. Particularly when I start a huge planting project and have to get a move on. 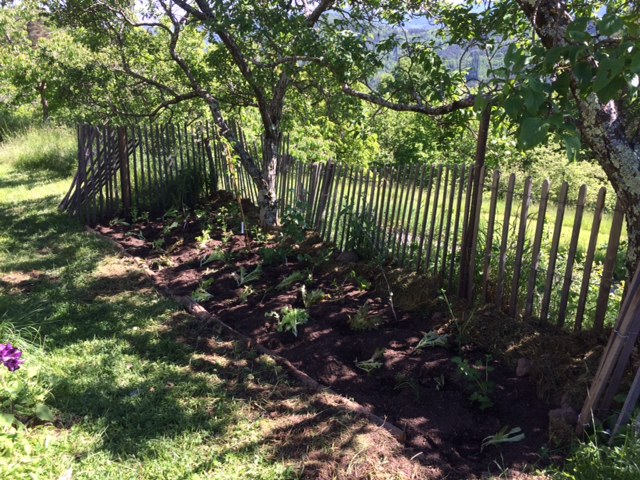 « Photo round up » Design ideas for late spring