Alliums in the garden 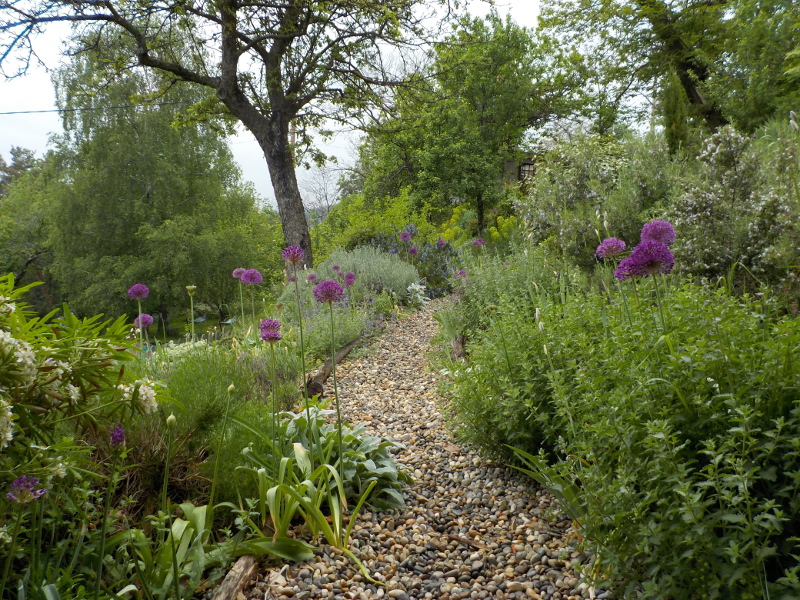 Oh that’s where I planted the alliums.

Don’t you just love delayed gratification?  Months and months after you were kneeling in the dirt with a trowel deciding where best to bury these things, up they come. I feel positively squirrel-esque in my behaviour.

And just as systematic.

Right now you can’t walk along the path past the barn garden towards the potting shed without breathing in. And if you dare to try and wheel anything like a barrow, or carry something wide you will hear me shriek. 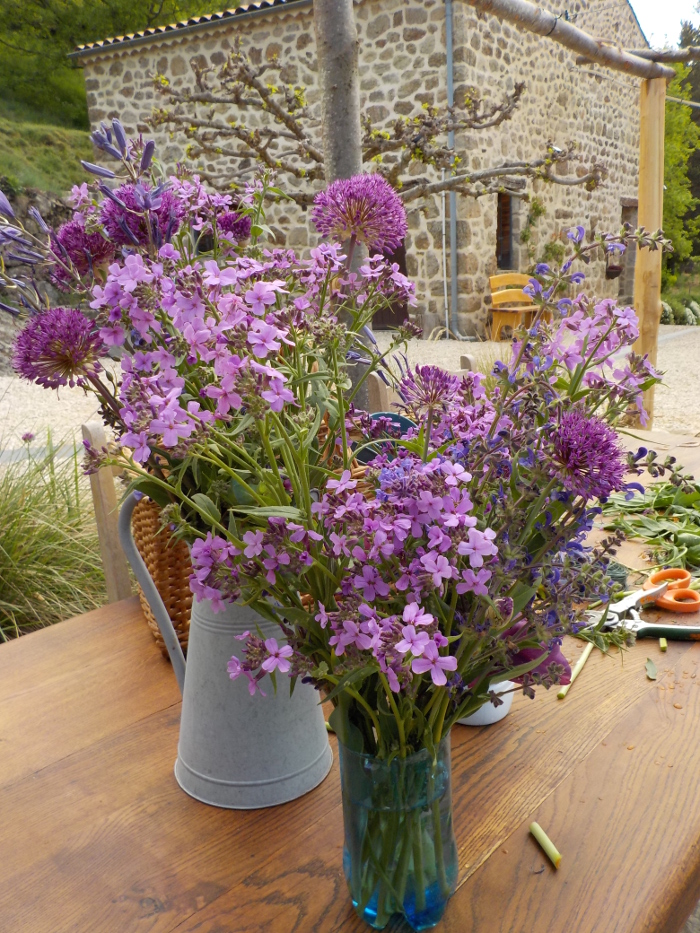 I have already decapitated one close to the path. Thank goodness I was able to shove it in a vase. 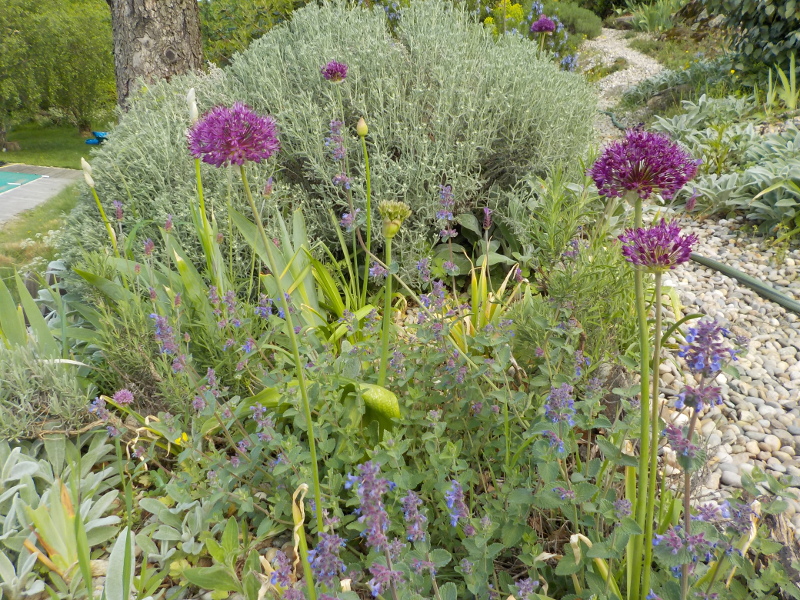 But I would much rather see them in the garden.  Particularly when they are hiding their (frankly) unattractive leaves in a nepeta clump. Or behind a lavender plant.

And grey and mauve as a colour scheme is so soothing at this time of year. Everywhere you look your eyes smart from so much green. Lush and vibrant and leaping out the soil. That’s the best thing about the unrelenting winter. Spring green really is the tonic. 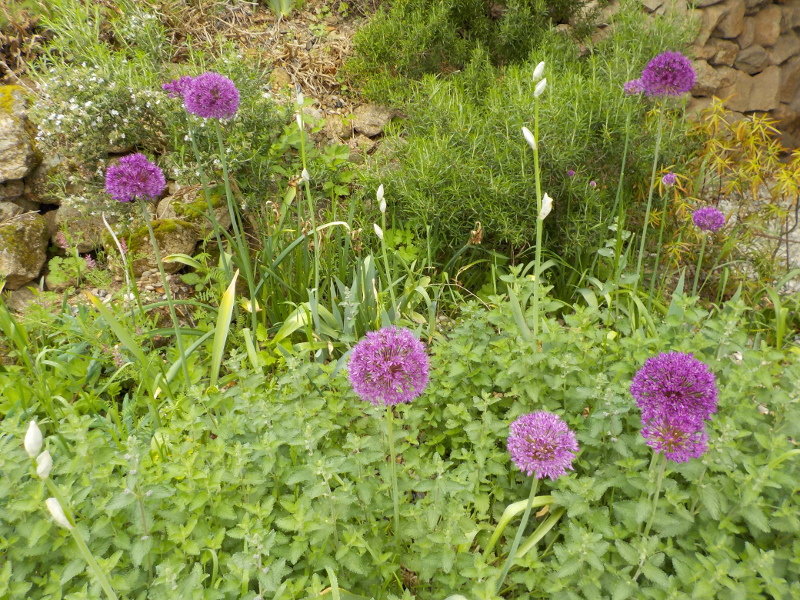 When summer attacks this mauve will disappear with the sun will glare. It’s much too harsh to make this is soft and pleasing scene. That’s when the reds and rich crimsons of the dahlias will be a treat.

And it’s also why my Grevillea in the shade garden looks so odd. Red? In Spring? Really? 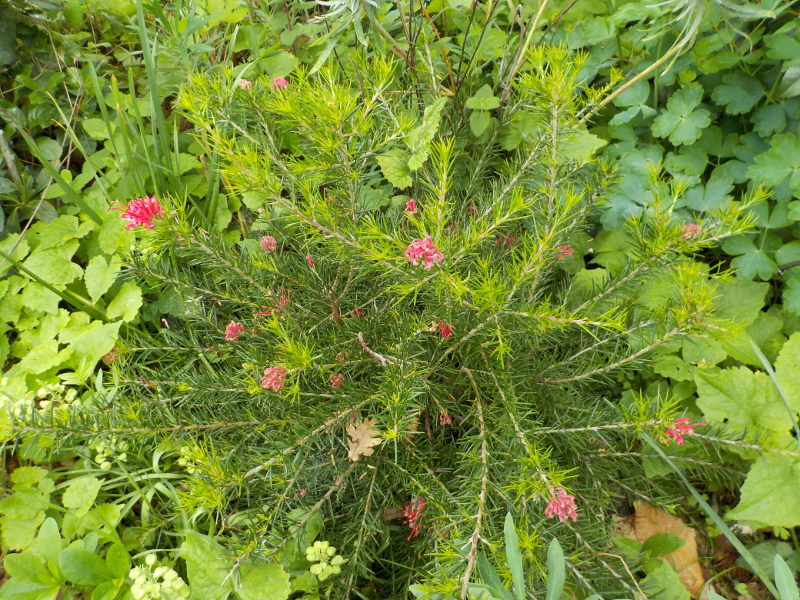 Good thing the flowers are so small. And I have just plunged the entire pot into the soil (it won’t survive the winter outdoors). I may have to rethink its position next year. Right now I just avert my gaze to the other side. 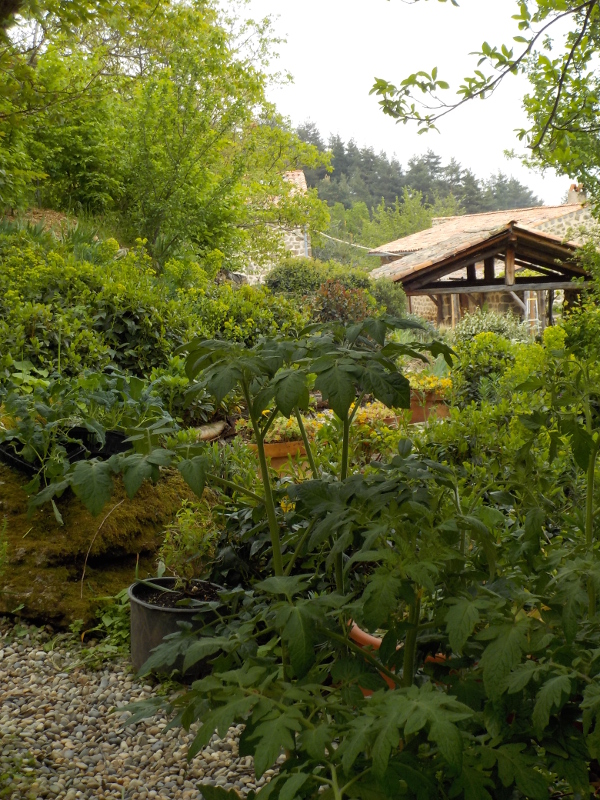 Rats. Tomatoes busting out of their pots. I must away and tend to veg. 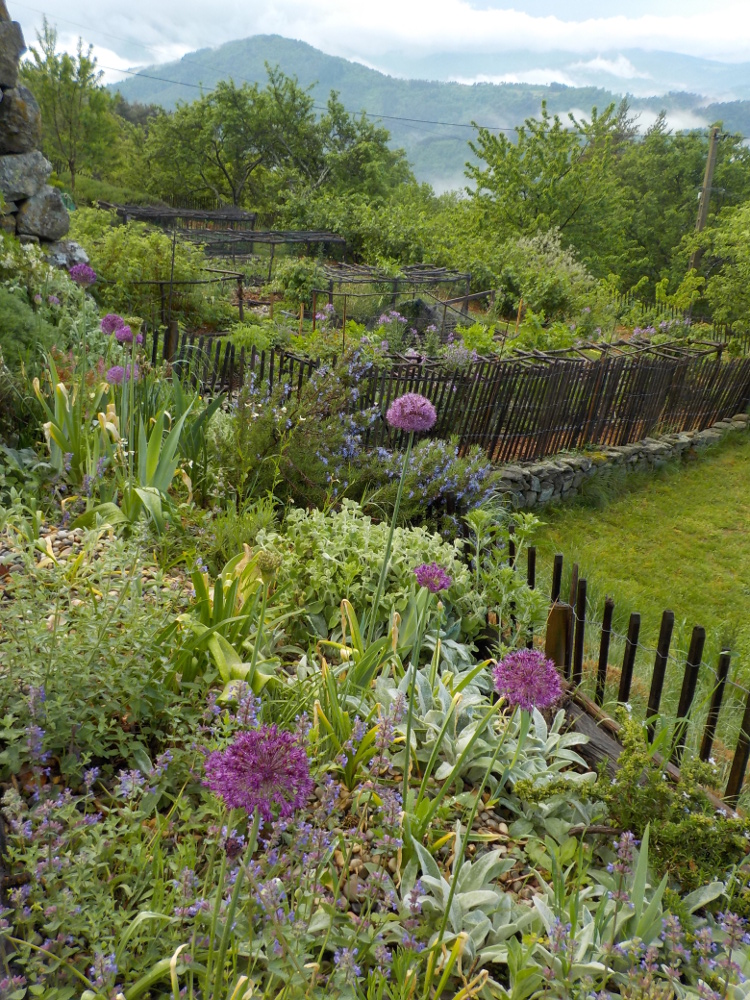 « Hardening off » An allotment, again