What? Did you honestly think I was going to sell you a story about a compost bin with an actual photo? 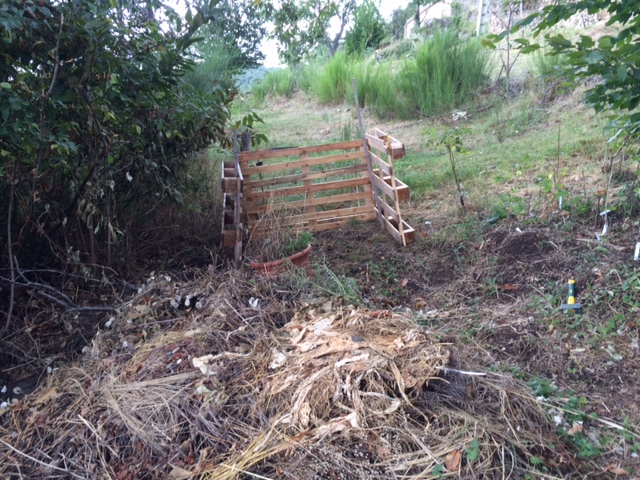 These things are not a picture of delight, believe me.  But then neither was the mess of slowly decaying plant matter that had oozed out all over the area behind my potting shed. 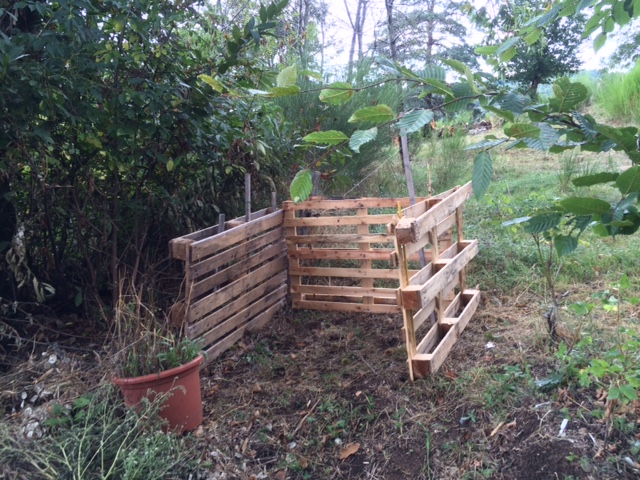 And what with all those house guests last week (many of them wielding cameras of heft) I thought it prudent to do a bit of tidying.

(This is my friend Laura’s shot of the lavender in front of the house.)

I picked up these three old (and slightly broken) pallets from my local Gamm Vert. An agricultural supply store.  I was mooching about the back of the building hunting down my favourite Floragard organic potting mix. And there was a broken pile of potential.

All I had to do was ask and they were yanked out of the stack and shoved into my car boot before I had time to pay for the Floragard.  Either my nice friends at Gamm V know a sucker when they see one, or they view me as a good recycler. 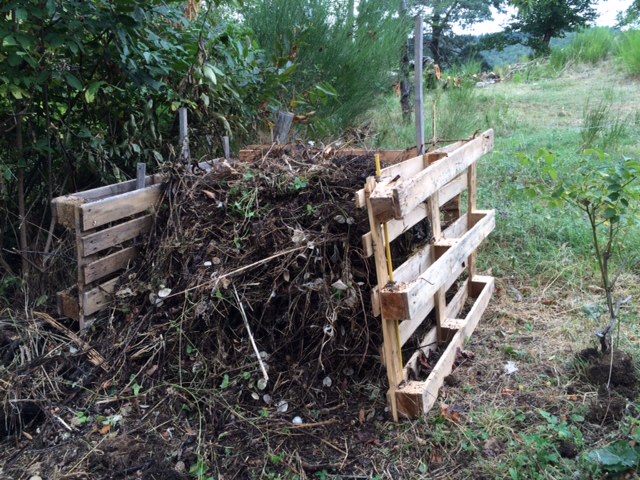 And hasn’t this area been transformed in just an hour?

I ought to have done it years ago. 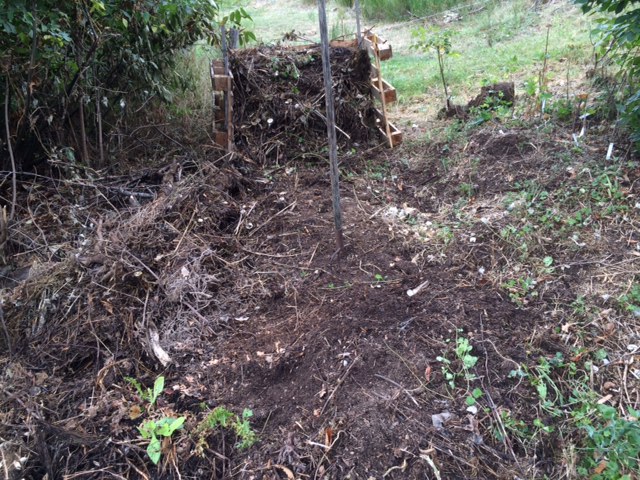 I ought to have asked for three more pallets of wood.

It is on a slope, but I have held the edges in place with spare metal pickets from the electric fencing I never installed. And one picket I found up at the top potager, left over from some job of Jean Daniel’s. I should have returned it to his barn, but decided to do more recycling of the neighbourly variety.

And to assuage those of you who think this is mean of me; I decided he will be more delighted driving past a neat compost bin at last, rather than being reunited with an old metal stake. 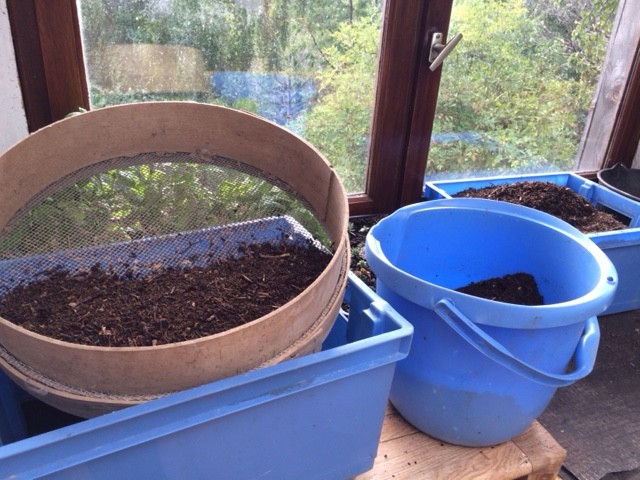 And with all the newly chucked garden mess now neatly stacked away, look at the bounty I found underneath.

Instead of doing useful things like endless laundry and ironing, I had a happy time sifting the wondrous stuff into buckets and stockpiling them in the potting shed.

And one bucket went up to my lovely hairdresser in town. After nine years of staring at her rather sad and forlorn pot plants in her salon, I have decided it was time to administer first aid.  She is delighted. And I won’t have to look at tired droopy leaves on her plants now that they have had their magic tonic.

Next month I’ll have a really good session topping up the orchard trees and generally flinging the stuff about. You need to have things to look forward to in the gardening calendar. It’s not all dull, truly.