But I love gardening more.

And I have been forced to spend two days looking out at the snow and cursing gently while I add yet more small projects to the To Do List. 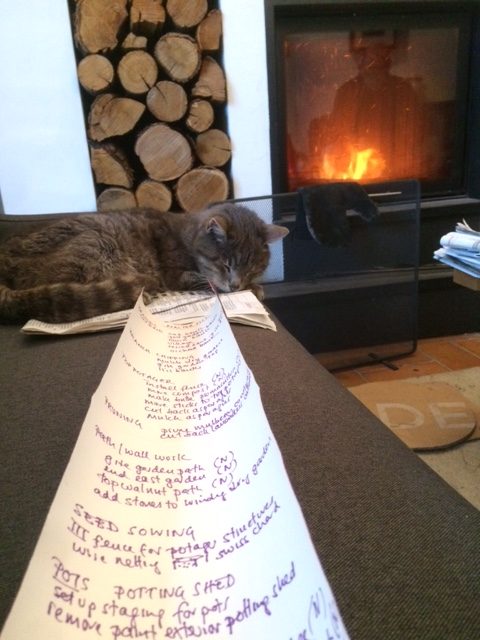 The snow started the day after the bulldozer work and has lingered about. It means I can’t assess how much work I’m going to need to do down behind the stables to get the ground level. I can’t take a proper shot of the rock pile to scale so I can gloat. 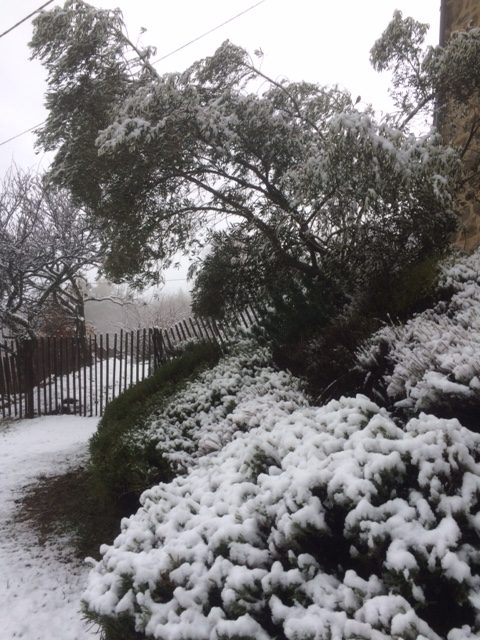 And I can’t weed the asparagus patch.

The only thing I have done is plod out every afternoon and bash the snow off the evergreen shrubs. 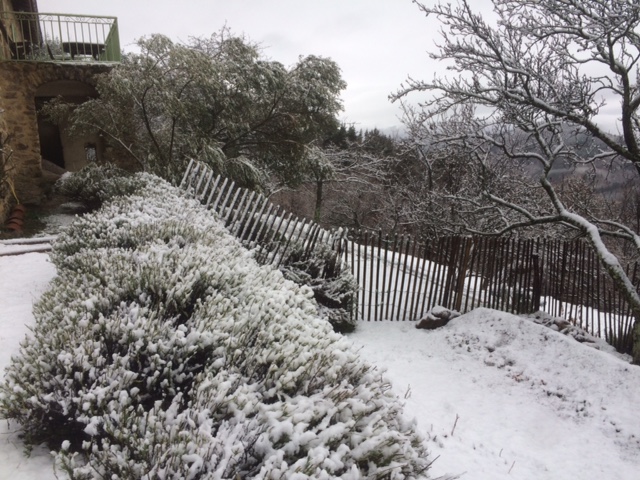 The rosemaries, olives, lavenders are all bowed down by the weight of this wet heavy snow.

If I leave it on the branches might snap.

The trick is not to stand under the olives while you bash. It’s wet work if you forget. 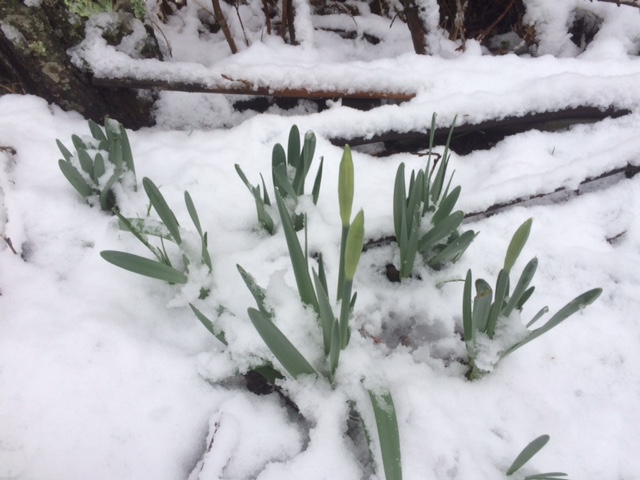 Still, I’m not grumbling about the lovely moisture when the snow melts. We’ll take our rain in any form right now.

But there was one job I could do when the snow stopped but the snow hadn’t melted. I’ve been putting it off for years. 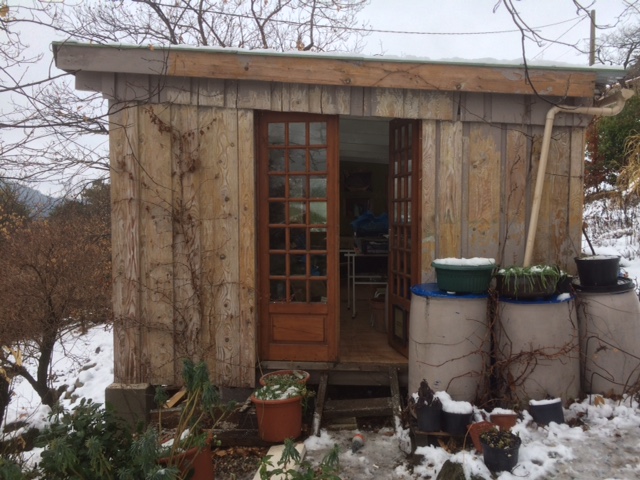 And it’s impressive when you realize I look at it every single day.

Lazy or what? Yes, scraping the peeling paint off the wall of the potting shed. My it is a mess.

I was all for leaving it plain but the treated wood was so yellow back then that poor Jean Daniel objected mightily to the sight. And the site.

So I tried a green. That was rejected. And I rashly gave a few paint samples to the poor neighbour for him to choose. He chose this rather yech band aid sticking plaster beige brown.

Let’s see if I can find a picture of it when it was fresh.

I have been madly growing plants up the walls in an attempt to hide the worst of the colour. The west side is brilliantly clothed in virginia creeper, but the east side is not quite there.

And with last year’s weather the poor climbing hydrangea started to fail. (Not helped by the fact I think a mole rat chewed the roots.)  And I have been forced to act.

Well, half-heartedly act. I have scraped off lots. But lost the will to live. Or was that because my hands were freezing inside my wet gloves? 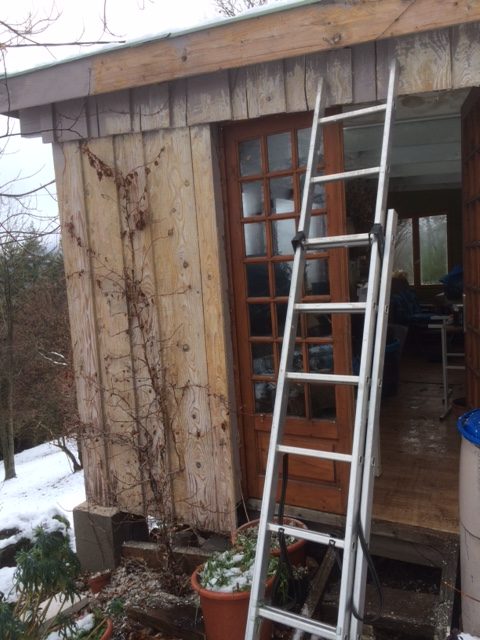 I put away the ladder and have decided to pretend to be really, really busy over the next few months and hope the plants revive.

If you squint you will notice it is no longer on that To Do list.

« Bulldozer work » The lawn bank – grasses to the rescue