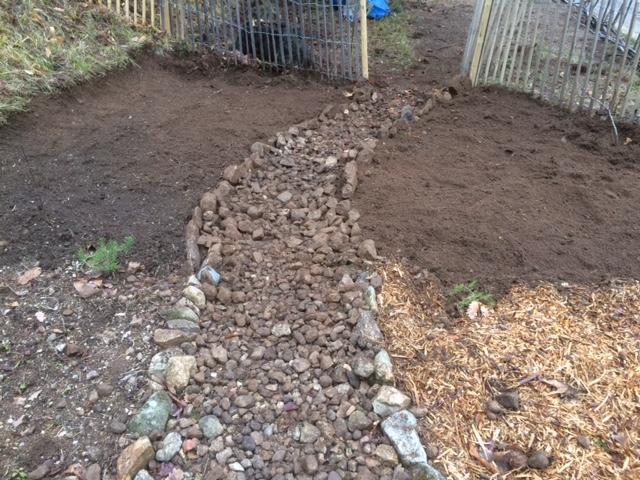 This was a close run thing. My plan for the week was to thoroughly weed the last segment of the dry garden.

That pesky patch at the far end of the flat terrace that I never got round to sorting. 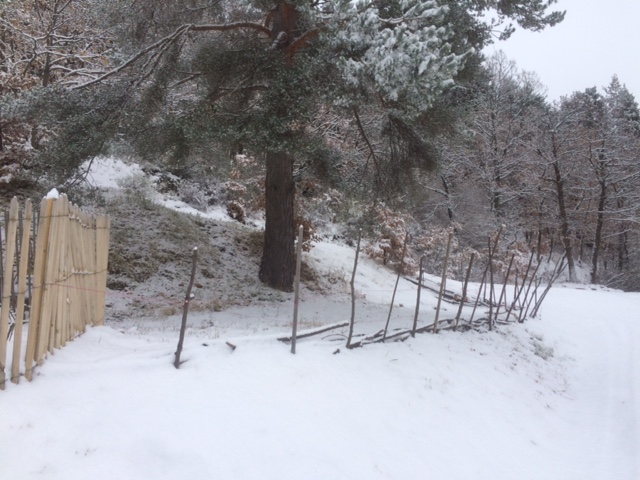 Well I could never get my fork into the bone dry soil. And I had run out of plants. So in my mind, I thought, I’ll leave that until I have some spare time. Or after rain.

Well I wished for rain. And this is what we got.

Marvellous for walking in, but not for finding one’s weeds. I waited it out. And that snow melt created the most perfect moist surface on the ground at last. 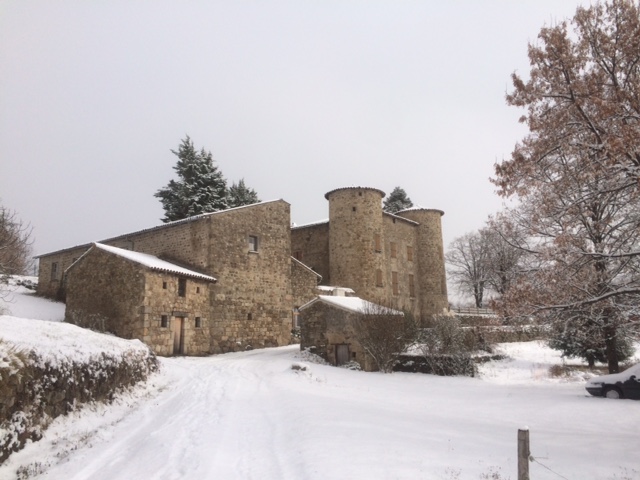 And I can’t tell you how marvellous it felt to be striding towards a patch of ground with a fork as one’s weapon, and not dragging a weighty mattock.

This is gardening as it should be. All prongs into the soil, a sharp push with a boot, twist and over it goes. 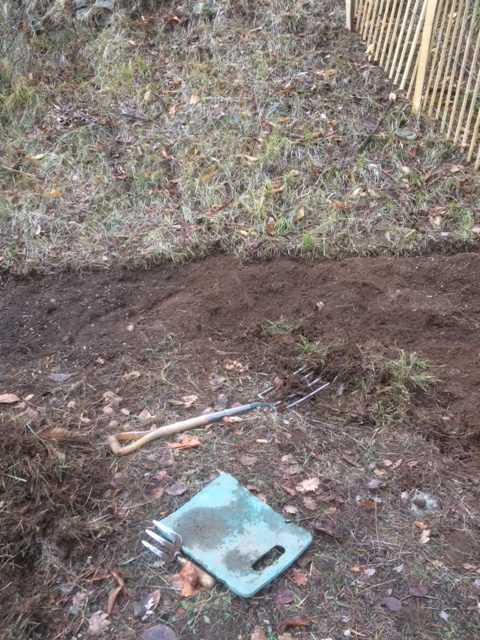 It was actually fastidious work. This smallish area took me two days. That was because I was harvesting stones as I worked.  I needed them to complete the path.

So I spent a lot of time kneeling and sifting and flinging. But that was fine. I tell you it was a smile on my face winter job. 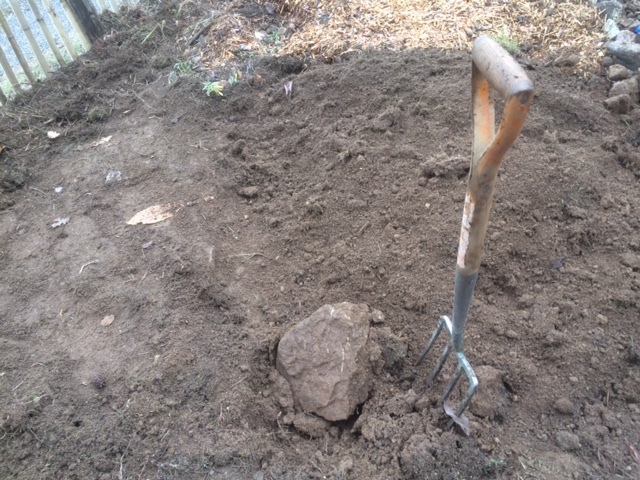 I can’t believe the weather is mild enough to work the soil. (Mild as in wearing three layers of fleece and a thick hat and two pairs of gloves. But I wasn’t frozen, nor was the soil.)

And the actual soil was a dream. Just rock, stones and soft dirt. Only one random bit of broken glass; which makes a nice change after weeding the guest house garden steep bank where every second handful of dirt seemed to yield a bit of broken beer bottle. 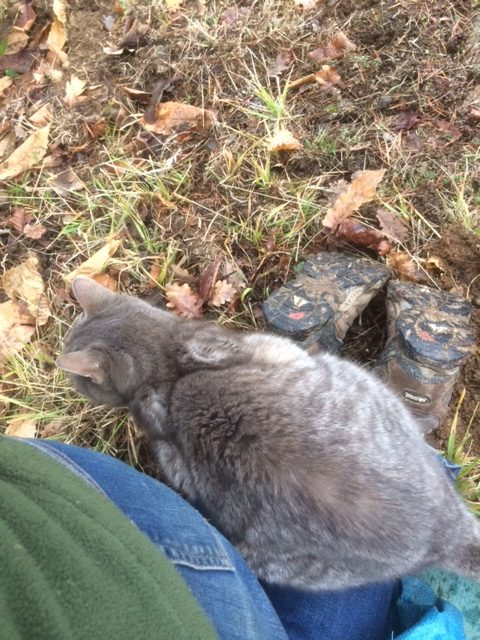 And I had company for a lot of the first day. Yes, Artur was doing a spot of surfing on the back of my legs while I kneeled. He found it most accommodating. and I had to learn how to bend and weed in a wide arc. I didn’t want to shove him off. The warm furry cat is actually a bonus in winter weather.

He got bored eventually and mooched off.

And I was able to work a bit faster.  I can’t leave this soil bare for long. I need to chip branches and mulch the soil for spring. For now it is weed free and friable as can be. I have to either buy more plants or just be patient and take cuttings in spring. 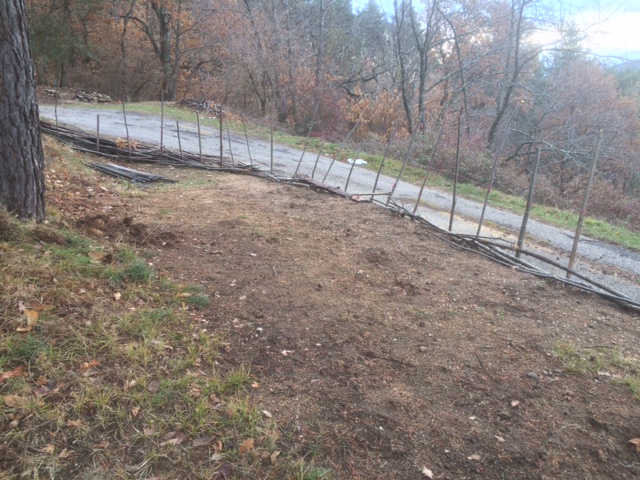 Next job – next door. The other side of the fence.  The wild boar have run amok and I want to level the bank around the huge pine tree.

The weeding material makes a perfect product to build up the edge of the bank beside the fence. 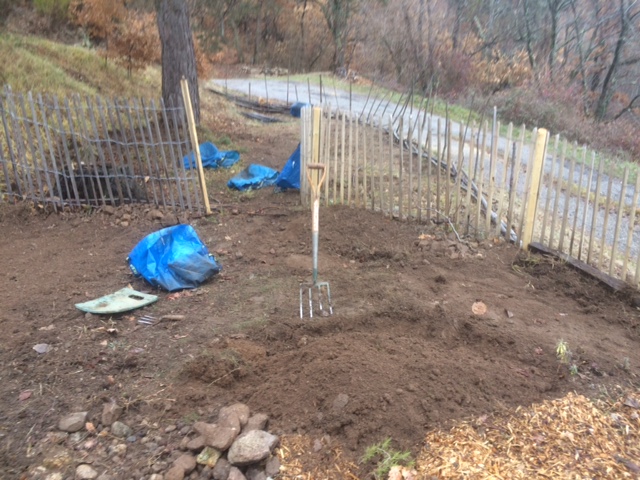 And this rough bank is slowly, ever so slowly turning into a garden rather than a forlorn and forgotten builder’s dumping ground. 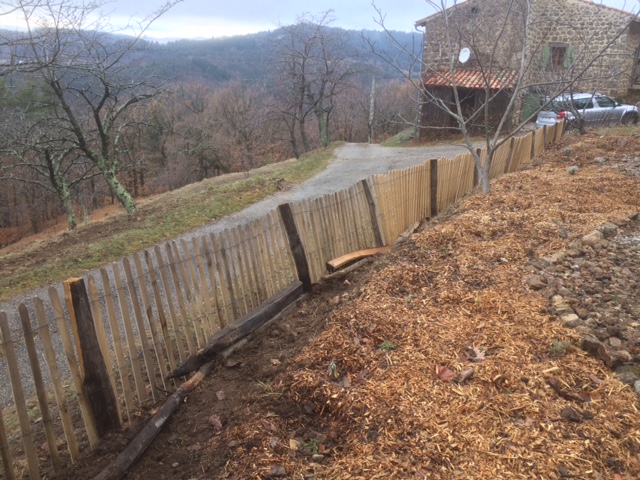 Between the builders and the boar I didn’t stand a chance. Until now.

Next week – the thrilling promise of yet more shots of artfully raked dirt. Just in time for Christmas. 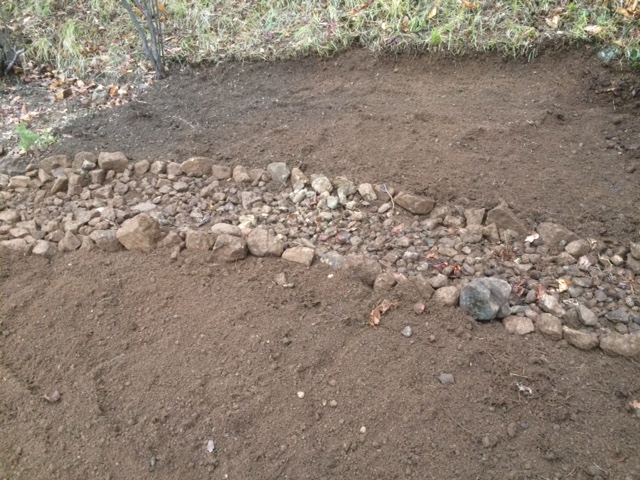