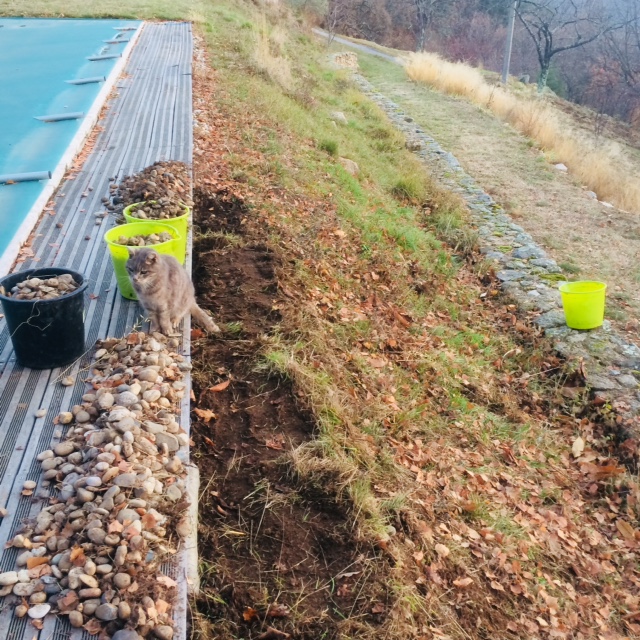 Now tell me you really missed this. Two weeks away and you haven’t had your dose of random bits of garden in a state of disrepair.

Close ups of clods and soil and parts of the landscape you can’t quite see or understand.

Have a chocolate instead.

Or the visual equivalent of a chocolate: Artur asleep on the cashmere next to the fire. 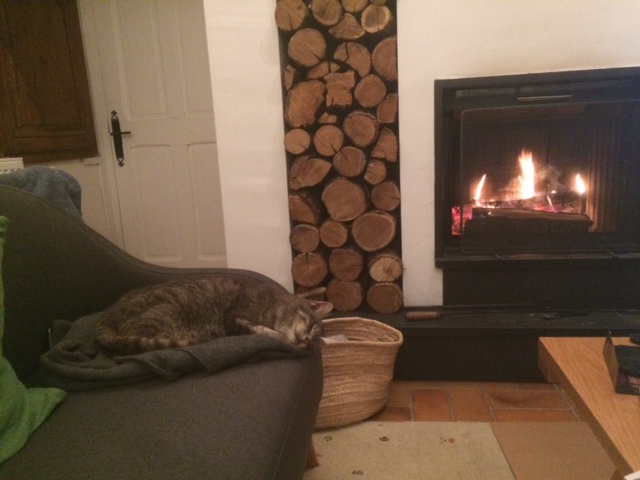 He is very well indeed. And in fact he is living up to his nickname of Mr Fatty again. Every winter (apart from the last when I was away for five weeks and he looked quite moribund upon my return) he seems to put on weight. A plump pampered critter.  Jean Daniel and I were marvelling at the state of him as he ambled past while we were having a chat.

Well, I was chatting, Jean Daniel was lobbying.  Upcoming mayoral elections. And no, he doesn’t want to be the next mayor. His house would probably be firebombed. But he is putting together a list as one does here in France, seven candidates who can put up a good showing in our snap election. (End of February). 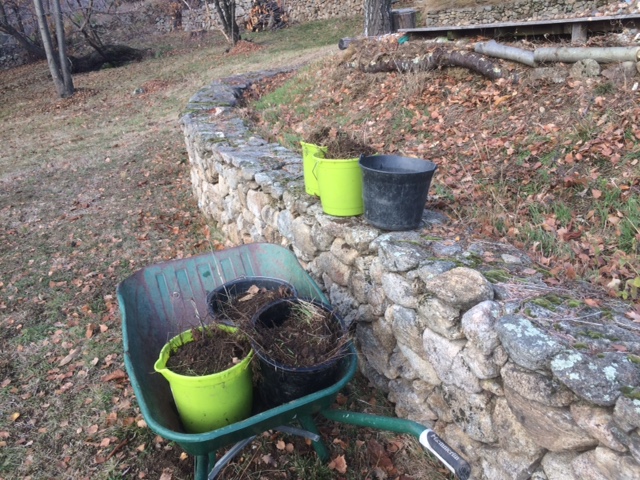 And as there are only around 300 of us who can vote, Jean Daniel should be able to get round to everyone by Christmas. Especially as most people will turn out for the lecture on Bees at the village hall this weekend.

It will be the sort of fun slide night with a promised drink afterwards that will get the crowds flocking to the hall on a winter’s night.  If the bee story doesn’t bring them in, then the free booze afterwards will definitely do the trick.

Standing chatting to my neighbour in the weak December light was a nice break from hauling soil.

Yep. This was my day. Buckets of damaged grass and earth, shoved into buckets and wheelbarrowed UPHILL to the edge of the swimming pool. I have abs of steel. And arms slightly longer than when I started. 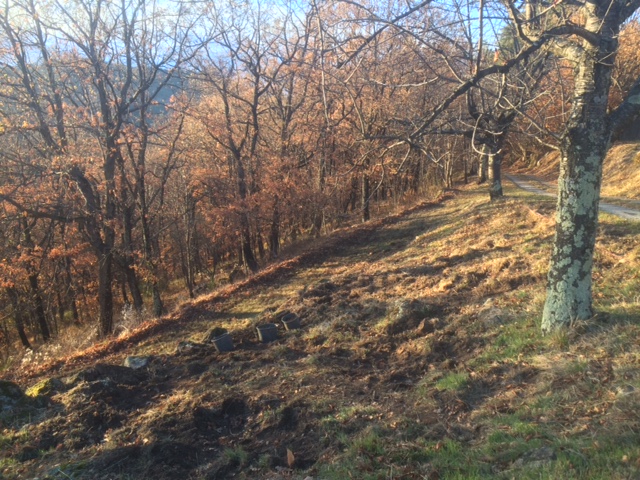 I’ve built up the edge – which was tricky as it’s so steep. But I just want it to be the width of the lawnmower so I can whizz along here in spring.

Those are the five abandoned buckets you might be able to glimpse. I just couldn’t lift anymore. Hopefully the tooth fairy will hover over them and bring the last load up to the terrace edge. 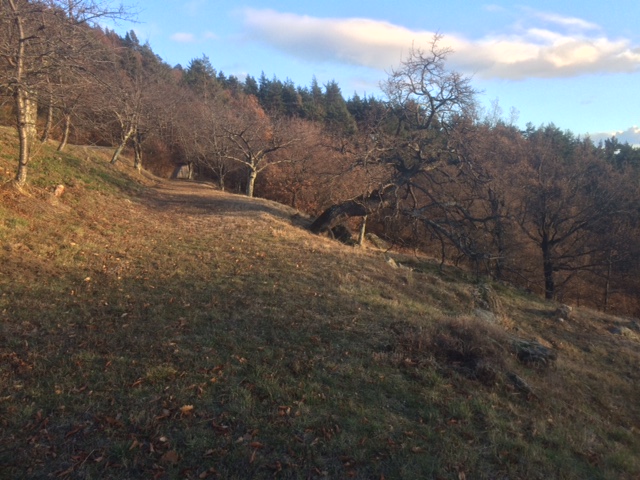 I then spent a good afternoon trying to piece the damaged flat terrace back together. It helps if you like doing jigsaw puzzles.  Clods of earth can go flying a long way with the wild boar are at it. So you have to find them and then patch them back into the soil.

And then stamp everything back down hard to try and get the whole thing to knit. Or just accept it is a temporary gesture until the next marauding event.

And speaking of which. One of my friends on Facebook asked if I had any shots of the boars. I have two. From ten years of sharing the mountain with these voracious beasties.

Oh well. Two shots are better than none. Even if I did cut the head off the older generation boar. The mother isn’t to be seen. She is leading the charge back into the forest and safety. 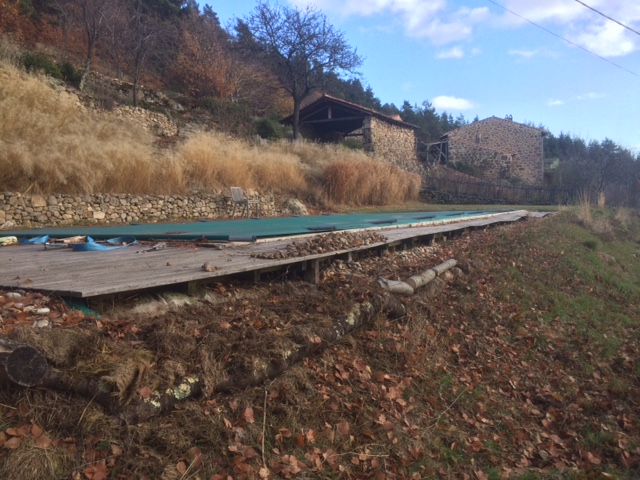 And of course I’m grateful that they spurred me into doing some landscaping I had planned on doing. (I am going to lift all the pebbles around the pool and sort that too. I need to lift them, clean then, fix the fabric, and either re-place them or move them elsewhere.)

Actually there is more work I can do on that lower terrace thanks the the unwarranted excavations. I wasn’t able to repair a huge 30 foot section where they brought down half the hill.  I think it will stay down for now. And when I get my hands on the controls of a mini digger….