My wheelbarrow got stuck in snow. 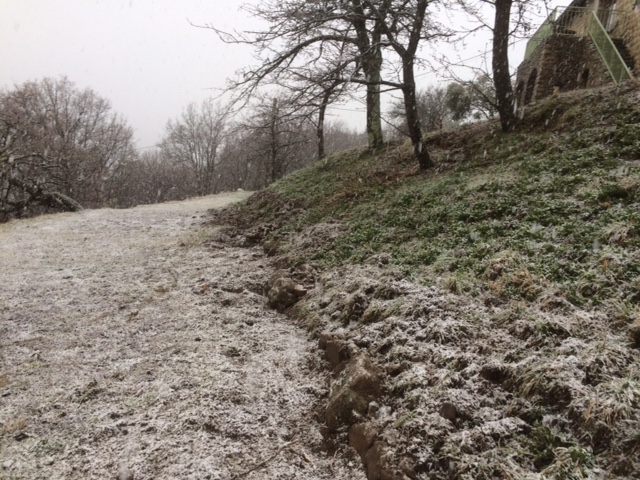 That’s how dedicated I was to the cause today.  Pushing against the inevitable as I realised I really couldn’t see what I was excavating.

And then being unable to get all my tools into the safety of the potting shed. 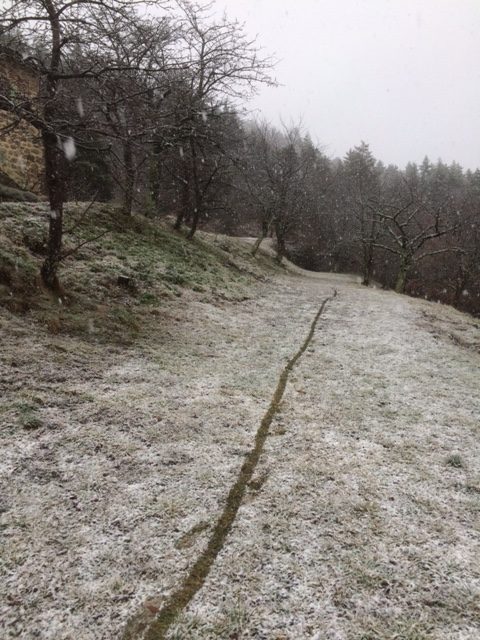 That’s my wheelbarrow track on the first terrace below the house; even I realised I was doomed to finish early and go in for a cup of tea.

But it has been a fun two days.

And it’s all because the wild boar haven’t done their job. Every morning I wake up and peer out the windows to see if the marauding boar have churned up the lower terraces in search of food.  Without fail (since I pulled out the fence) I have had to do some rather rapid surgery on churned and scarified soil, lawn and bank.

What once was a rather smooth sward of grass and controlled greenery has become a football pitch for boar.

But so far, and it’s early days, I admit, nothing. 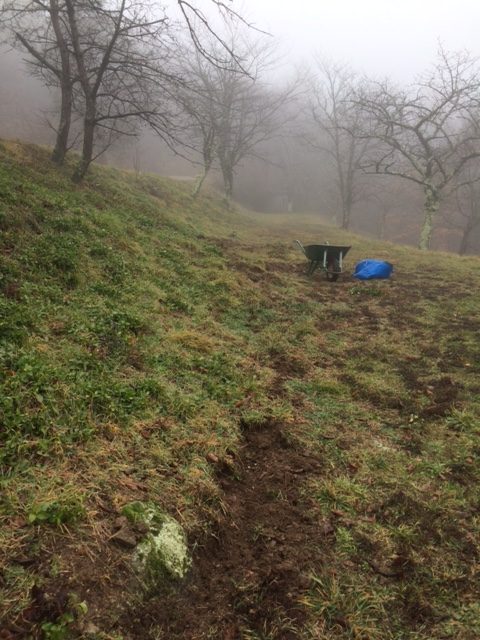 But all this close peering at the terrace has meant I can see its major flaw.  The bank is creeping ever downwards. Mowing is difficult. Aesthetics are affronted. Time to act.

The fantasy of a mini digger to do this job is packed away in the box of wishes. Instead I marched down to the terrace with just one trusty Bulldog fork, a piece of string to get the line right, and mad determination. 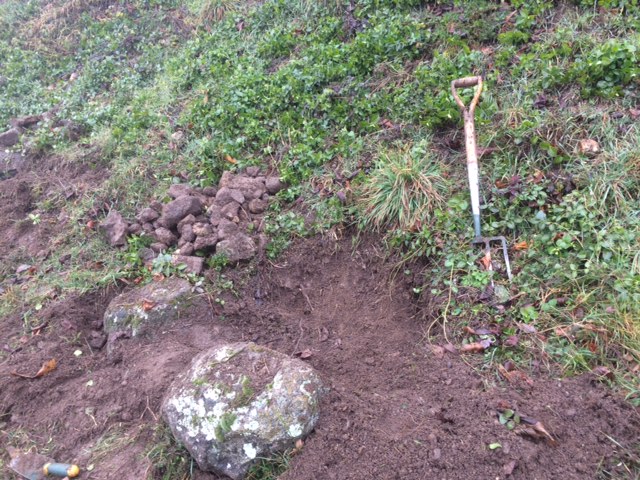 Reader, boulders have been moved.

Shifted with brute cleverness in the form of levers and rocks and rolling these monsters a few feet back to the base of the slope. I want to make a sort of natural edge to the bank.

Any chances of creating a proper wall are ridiculous as the pack of wild boar would shove these rocks aside in one night of mad snuffling frenzy.

And of course I’m not in wall building funds. This terrace is over 150 metres in length.

Besides it’s rather fun doing it with just a fork. 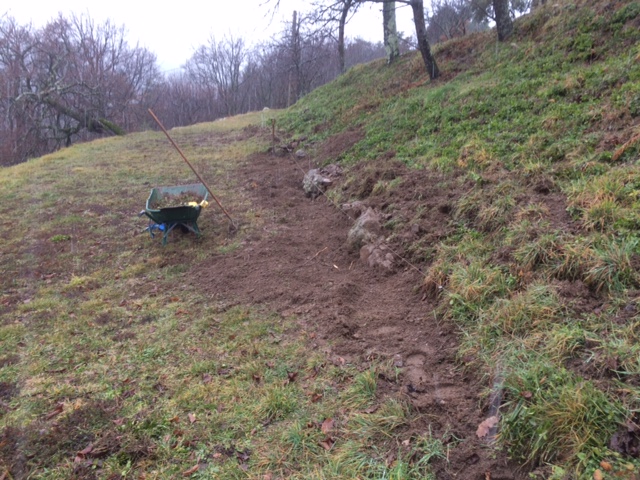 The snow started falling too heavily to finish. I need another day here at least.  But it’s a start. It’s a start.

« The winter mooch » Come down off the wall, dear