I’m  now a signed up member to the garden saying ‘ivy hides all sins’. 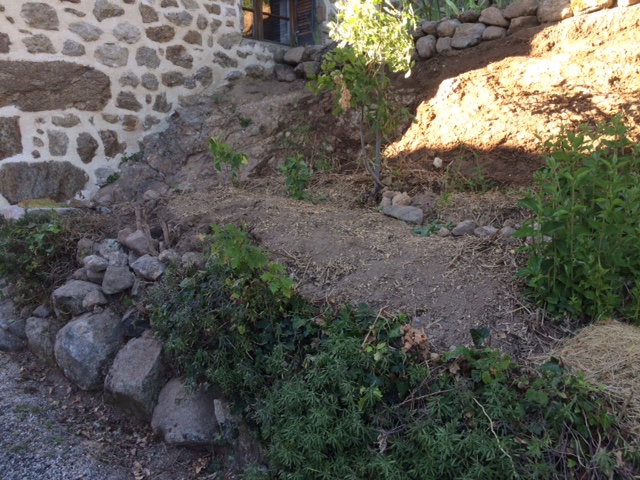 This is the main retaining wall at the entrance to the farm houses. For around 50 years the ivy has been growing merrily away up and beyond this wall.

And now that I have redeveloped the entire bank I am coming to learn a little more about it. 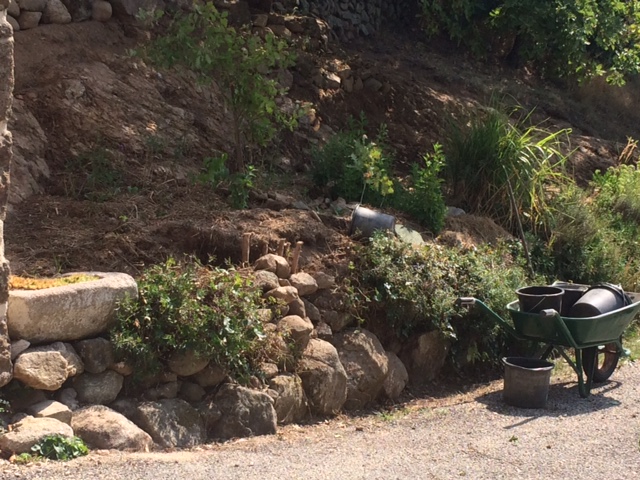 It was planted to hide some very shoddy wall work. That’s the garden designer in me thinking it through.  The base of the wall that was always on show has big handsome stone blocks. 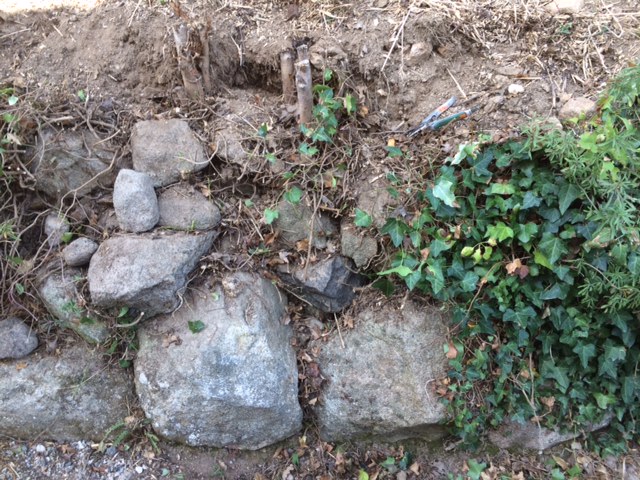 And of course I assumed the top part under the ivy would be just as marvellous and in need of a bit of exposure.

But look closely and you can see what a rubble field I have uncovered.

It’s too hot to throw a tantrum and leap about. But I can’t tell you how disappointed I am. 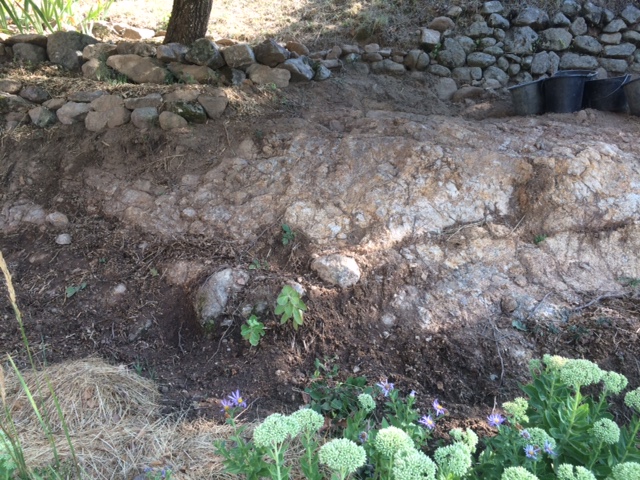 I’ve stopped pulling it all off and instead am just getting on with removing soil, some roots and the endless little pieces of broken glass I unearth (god knows what went on here).  And I’ll have to leave the ivy be.

I can see that I have an excess of handsome random granite blocks just along in the barn garden. Maybe I can wheelbarrow a few over and place them in front of this mess. 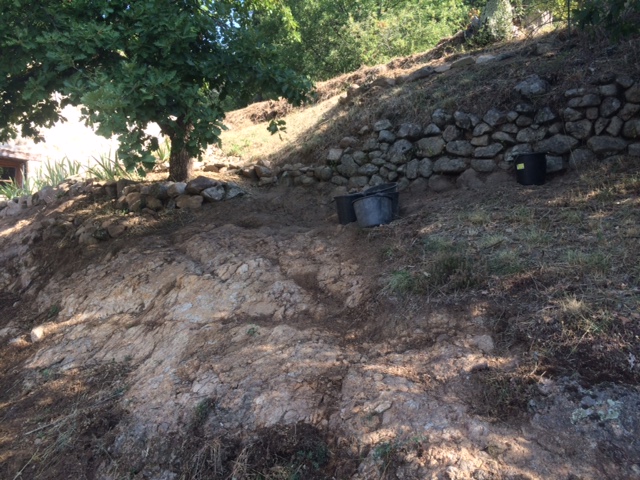 But for now I’m saving all my muscles for the buckets of soil I’m excavating.

My life in buckets.  This tiny bit of the huge wall is the only shaded area after  lunch. So I dig and dig through the rock hard earth and teeter down the slope with my soil.

I figure in a few years I won’t even be able to get up this steep slope, so the design has to be sorted now.

I did have a delve into the archives to see if the wall looked any better back then. 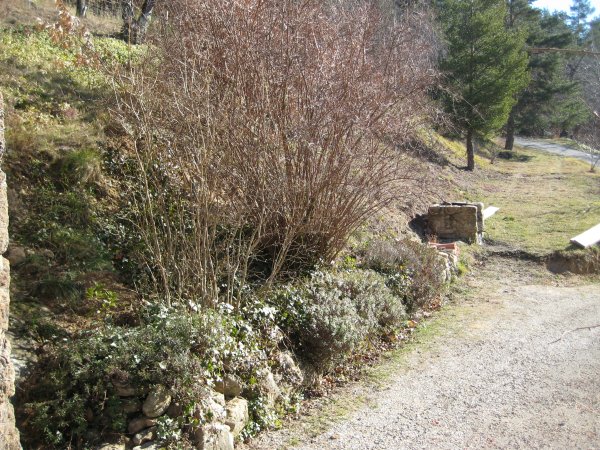 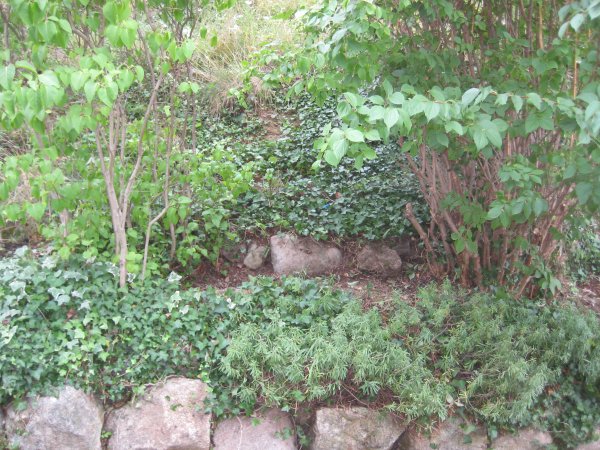 Damn. Too late now. I never realized I had exposed the nice second wall. It is now in bits all over the slope. Redundant now that I have just bare rock.

I can’t leave you with such a bleak picture. Even I am tiring of brown rock.

Here are the flowers for the market yesterday. 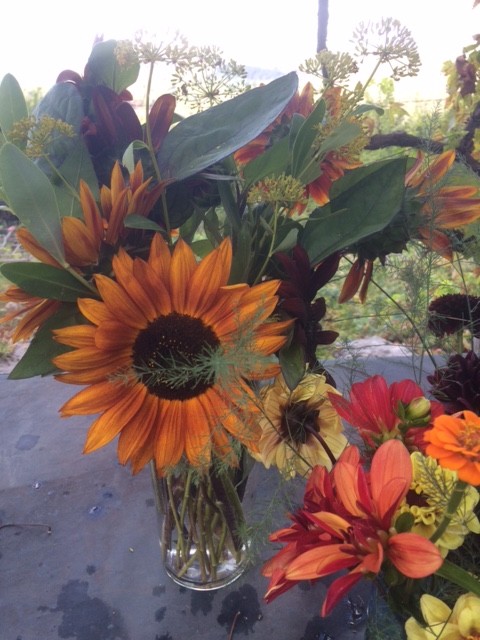 Lots and lots of zing. 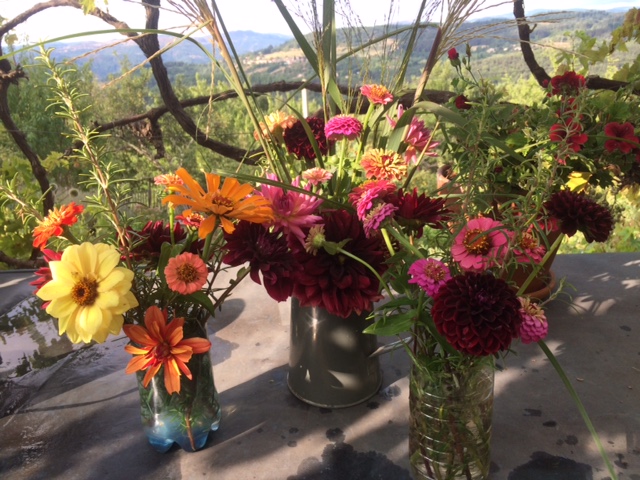