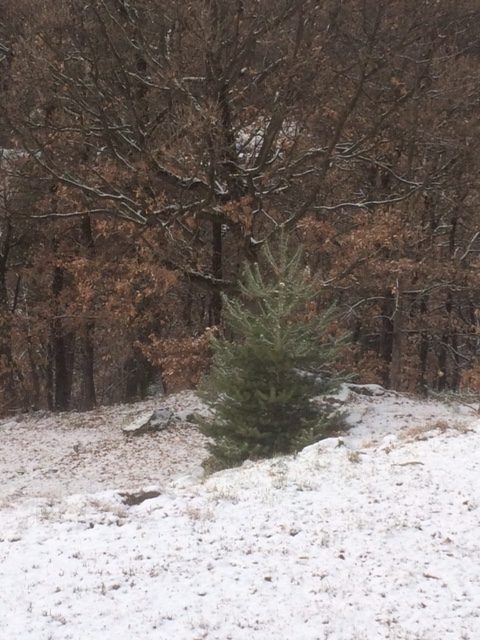 Pine trees.  A menace when you are worried about bush fires.

We have a rule that you can’t have pine trees 50 metres from the house. Especially below the house on a mountain.  If they catch fire they go off like explosions when the pine resin heats up and has nowhere to go but i an explosive arc of flaming branches.

So I decided to combine tree weeding with a bit of Christmas decorating this year. 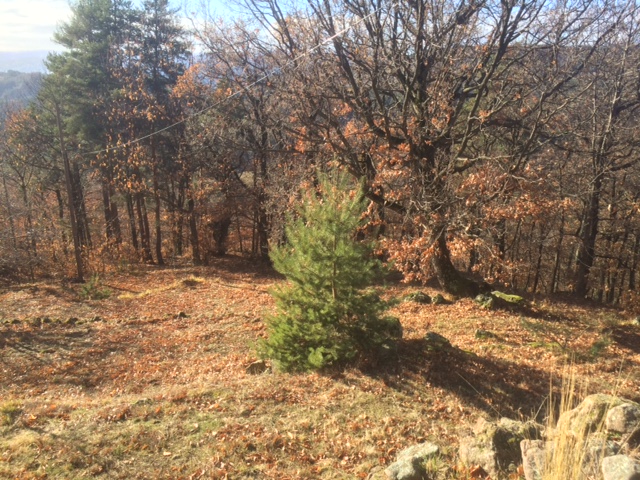 This is my quarry. I actually considered it last year as the tree for the house. But it was a bit scrawny and shapeless. So it had a year’s reprieve. 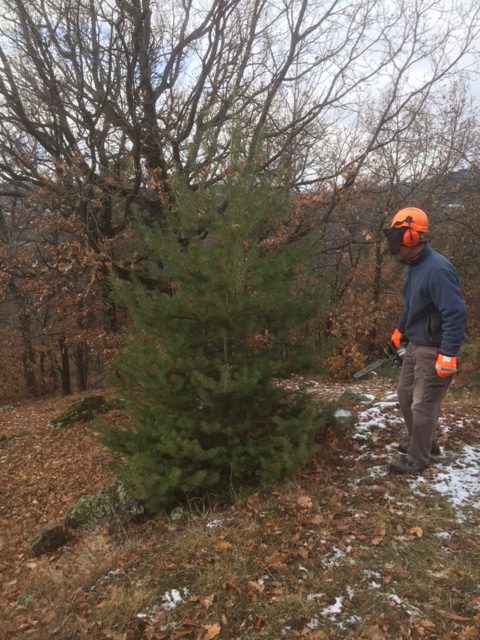 But this year it got the chop. 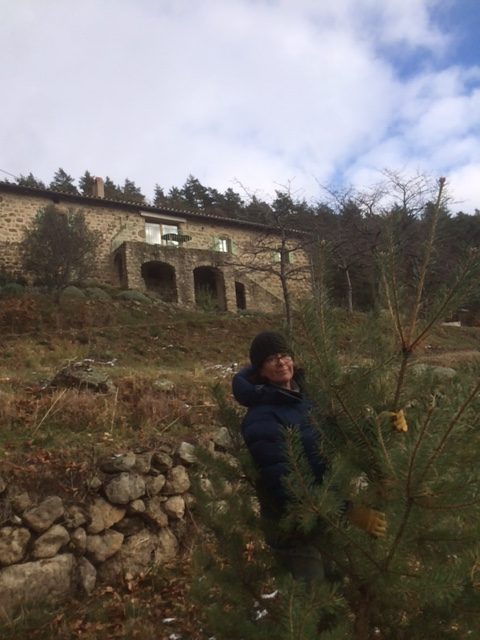 Excuse this rather ungainly shot of me dragging the tree to the house. I wanted to show you where it grew in relation to the main farmhouse.  It was actually much heavier than I expected. Hence the grimace. 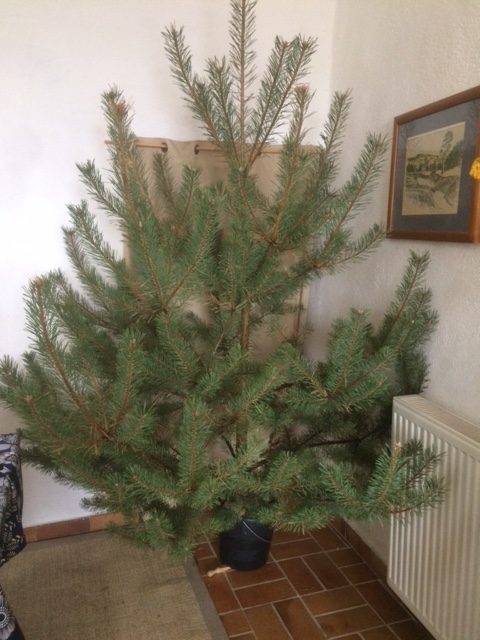 Luckily we have no shortage of heavy stones to shove into the bucket with the tree. And it works perfectly in the corner of the living room. But I have sneakily added a strap to the door handle behind the curtain and attached it to a branch. I live in dread of Artur climbing into the bauble infested branches and bringing the whole lot crashing down.

Here it is dressed. 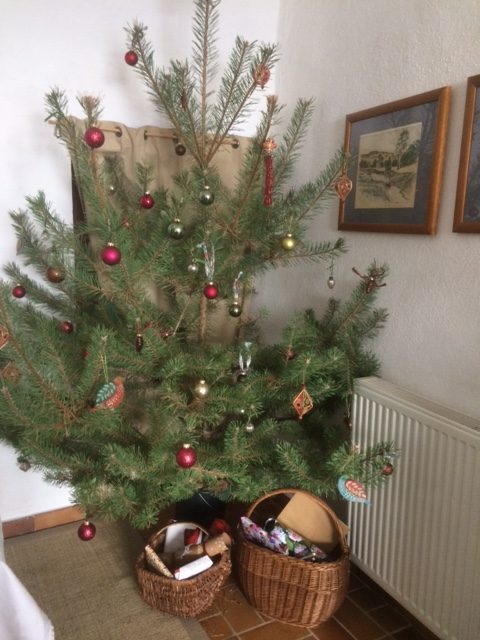 I didn’t lean back far enough to capture the star at the top of the tree. The annual outing for the Kremlin Red Star.  I actually cut off the electric wire that dangles out the bottom. There is no way I would trust a house to the threat of dodgy soviet wiring. And I did buy it when the Soviet Union was chugging along. They weren’t renown for domestic electrics. 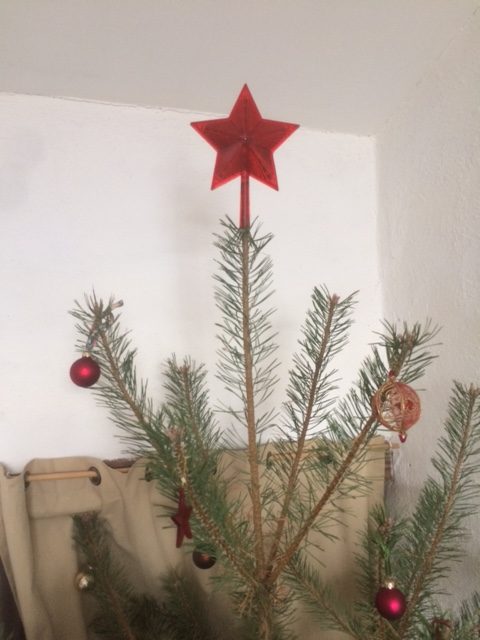 And just for you; I put all the coats and gloves and gardening detritus away in the hallway and actually dressed the dining table. Star anise and cloves. 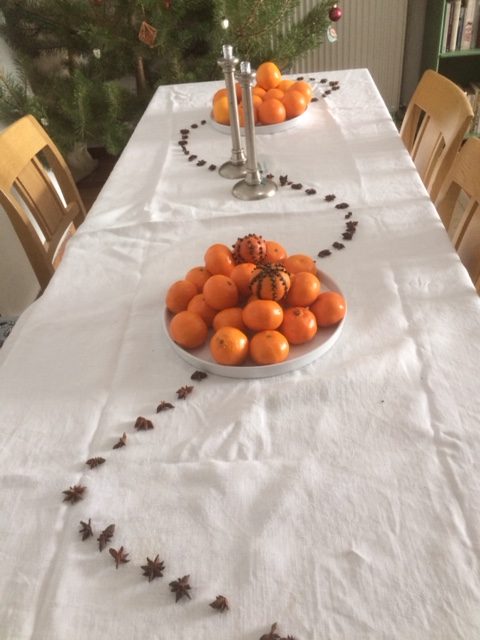 It almost masks the scent of wet leather gloves steaming in front of the blazing fire.