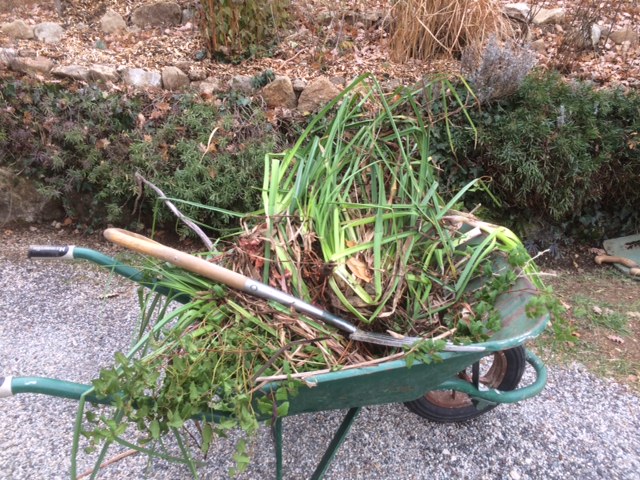 Merry Christmas to you all. I trust you all had a happy day.  Ours was great – starting with a huge three hour walk through the forests and mountains in blazing sunshine. 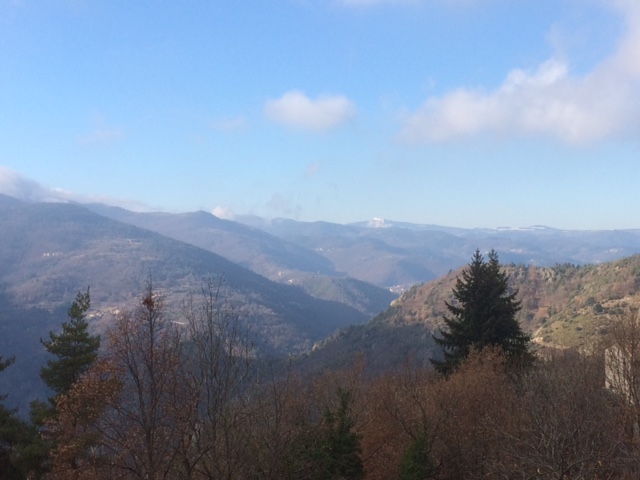 The weather closed in after a few hours and we altered our route to come back a slightly different route.. But it didn’t rain. And we earned our mince pies. And roast chicken with fennel, and parsnips, roast potatoes, turnip puree, cranberry sauce, sage and onion stuffing. .. what did I miss? Christmas pudding with vanilla ice cream.

Yep, I’ll be digging furiously in the garden when the guests leave. 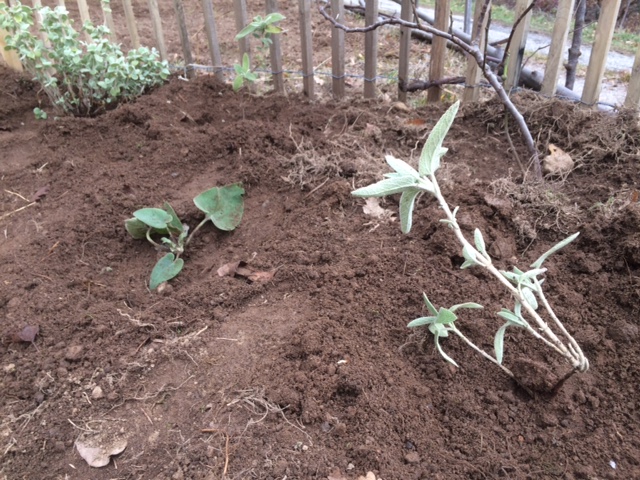 But I wanted to show you the results of my work on Christmas Eve. Hands in soil and an afternoon of sunshine. It makes all the difference to one’s well-being. 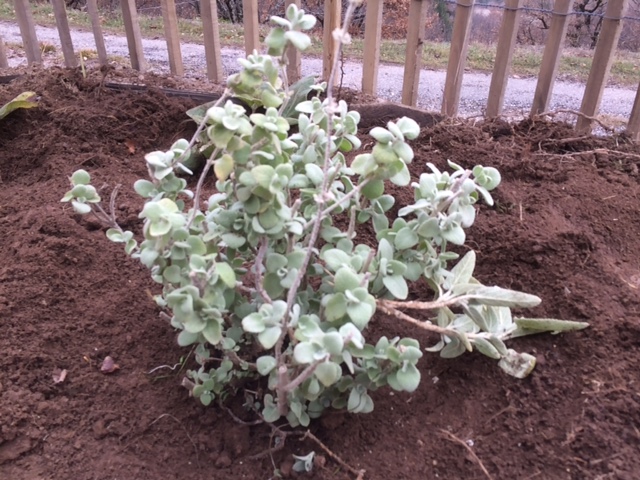 I have a gap of perfectly toiled soil at the end of the dry garden that needs to be filled. Working in it felt like I was on a gardening programme. It was soft and fluffy and I didn’t have to snag my trowel on a stone every second thrust.

I naturally contemplated doing another Filippi order. Particularly as I have now read about the small shrub they grow that looks and behaves just like box. But without the inconvenience of being devastated by moths. 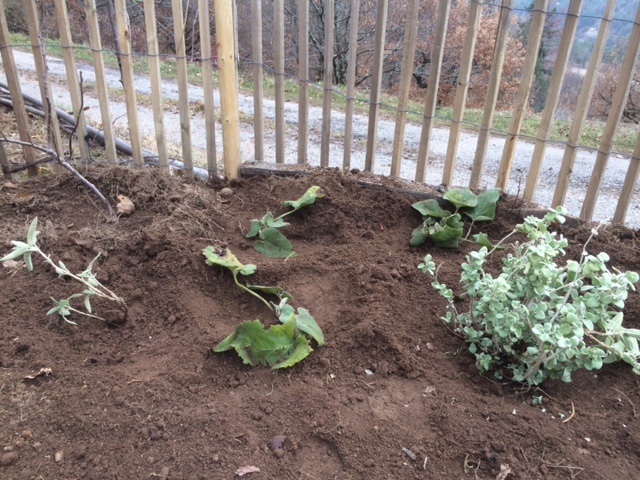 Diana mentioned it as one of her good ‘do-ers’ in her garden. And Filippi have them.  So I always promised myself that if ever I do another big plant order, myrsine will be on the list.

First however, I decided to move perennials from other parts of the garden to fill the space. I was looking for an instant hit and lets face it; it’s a whole lot cheaper looking at what you have rather than spending a morning with a plant catalogue.

So I beetled off hunting out perennials plants I could shift. Keeping with the dry garden drought tolerant plant theme.

In the banks of the terrace behind the potting shed I have lots of phlomis that I decided to split and move.  And then came some lovely phlomis purpurea which are hiding way back and need to shine. 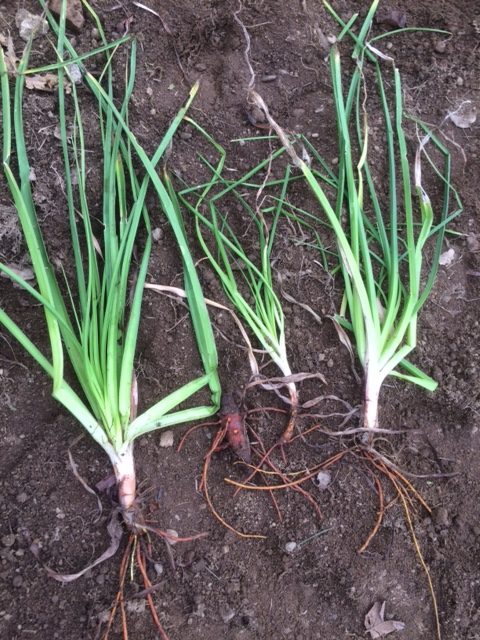 Add in the kniphofia which were given to me by some local gardeners and a few ballota pseudodictamnus yanked up from the orchard bank and I have almost filled the space.

The kniphofia were a mystery gift a few years ago. A lovely couple came by with the plants in a plastic bag and I must confess I didn’t hear the name when they thrust them at me. I thought they might be hemerocallis. So planted them round the back of the potting shed to await developments. 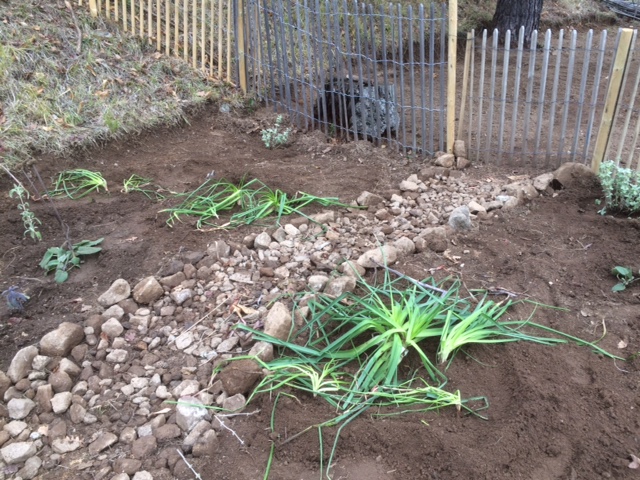 And goodness me I wasn’t expecting a tall orange spike. They flowered, briefly and then just sat around being pleased with the shade and the accidental watering from an overflowing water butt. But nothing more.

So up they came and hopefully they will prefer the full sun and prominent position in the dry garden.

The roots are most interesting. They look like sea creatures. 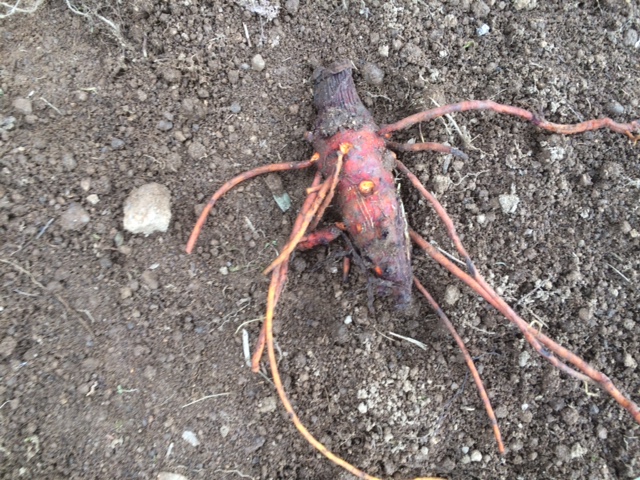 I found a packet of bulbs left over from the mass planting in the autumn and shoved in some muscari along the new path as well.

It’s a start. Now all I need to do is spend a week gathering sticks and chipping to cover this beautiful soil with mulch. 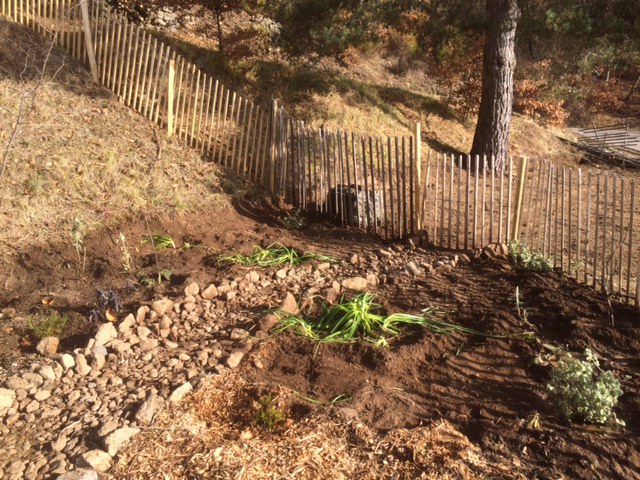