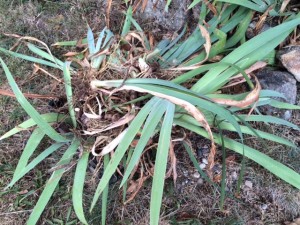 Now that felt great. I’ve been actually doing a garden design project for the first time in a month. I have done some weeding this week; and mowing. But there is garden maintenance and there is actual creativity.

And this afternoon I managed just that.

The humble iris. I have heaps.

And I have wanted to spread the love by planting them down in the orchard.

I always edge my beds with this brilliant plant. It is drought tolerant, doesn’t need staking, gives year round interest. And wacky flowers in spring. 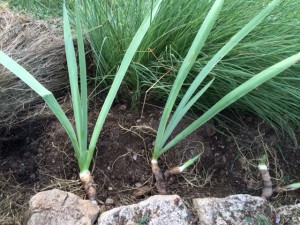 I had marked out which irises in the barn garden could be moved. And I particularly wanted to lift some of the vibrant dark maroon purple ones.

I think that was what I lifted; it is a bit of a lottery when you shove a fork into a clump and heave.

And then down to the orchard where I had ten metres of edge to dig out and prepare.

Iris are not that hard to move about. I chose the beginning of autumn so they have plenty of time in warm soil to get their roots settled. But I suspect you can plant them any time. They just need a bit of care in first month. And if they are going to thrive, nothing will stop them.  And my iris are big on neglect. 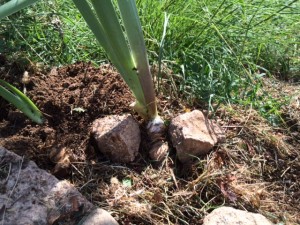 I love the fact they look like plants above ground, but the whole rhizome and roots resemble giant shrimp.

This would be a good time to show you a photo of that.  I forgot. Sorry. I was in such a hurry to get the plants into the ground before it started raining that I didn’t capture the big ‘these look like shrimp’ shot. I’ll try and retro fit the picture later.

Planting distances are entirely arbitrary.  At the beginning of this project I spaced them about six inches apart. Planting them so that the rhizome is above the soil (this part needs to bake in the sun if it is to flower).  But as I kept going I found I was placing them much closer together as I had a wheelbarrow full of the plants and very little time to get the exposed roots back into soil.

In the northern hemisphere plant them facing south. And north in the south.

Most people cut back all the leaves when they are transplanted. I’ll do that tomorrow. And I find it good to wedge the plants with stones (plenty of those hanging round) for a few weeks until the roots settle.

And that’s it. One of my simpler design jobs.  There are 67 plants in this ten metre thin strip. How sad is that – I actually counted them.  But I had to do something while I was carefully drenching each plant with a lavish amount of water.

Job done. I’ll be back to weeding and clearing brambles and mowing tomorrow, but at least I can check on these plants and know that I’ve improved the look of the orchard bank. 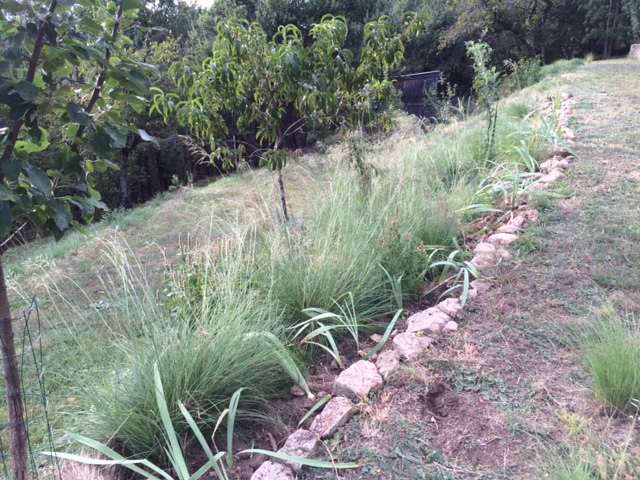 And here is the retrofitted iris shot. Note the random eragrosist curvula grasses dotted about the track. They too are going to be transplanted into the orchard bank. When I get round to weeding and landscaping the rest of the 18 metres of bank. I decided it was easier to leave them in the ground rather than lift them and pot them up and let them suffer in the potting shed. 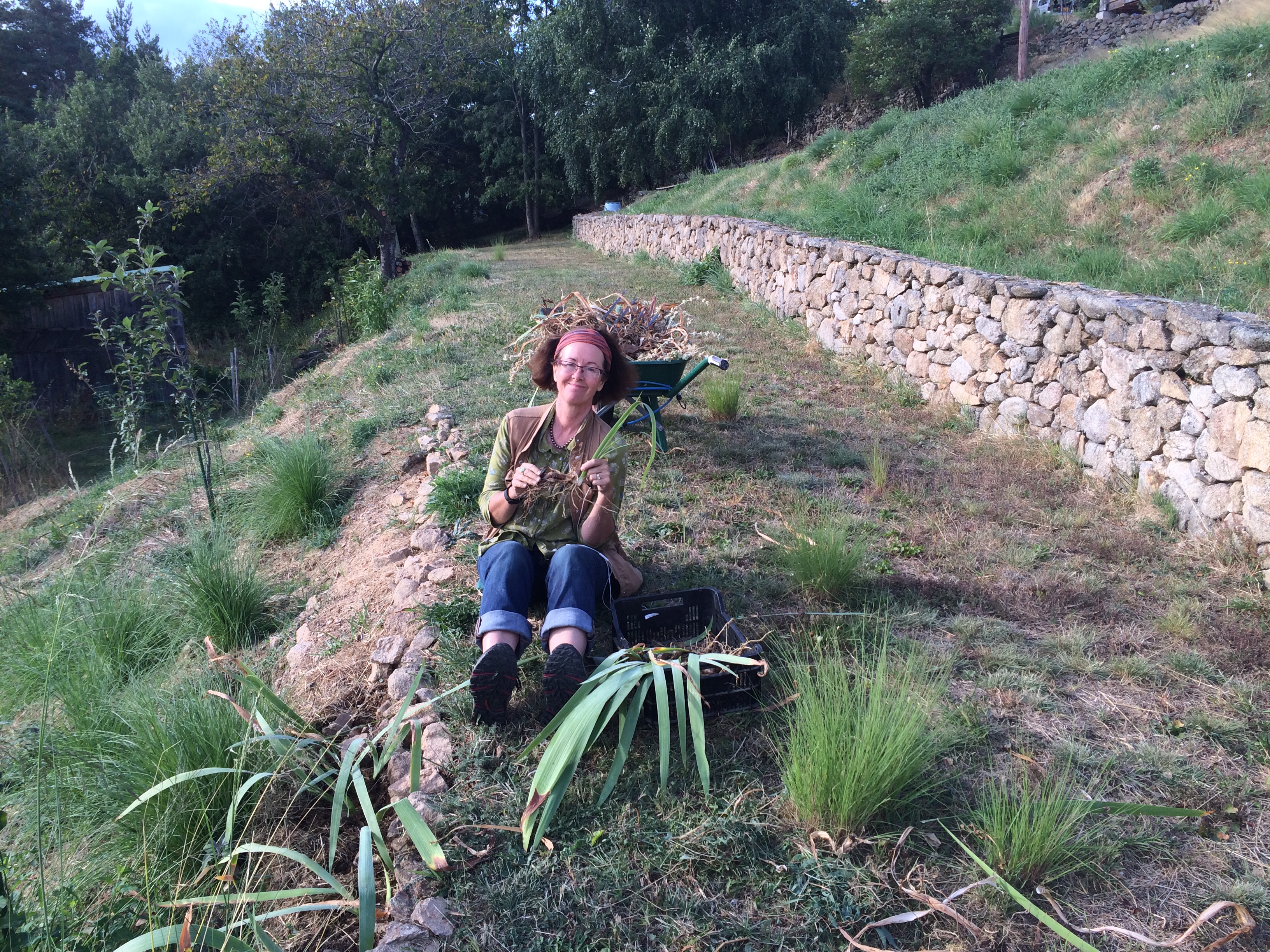