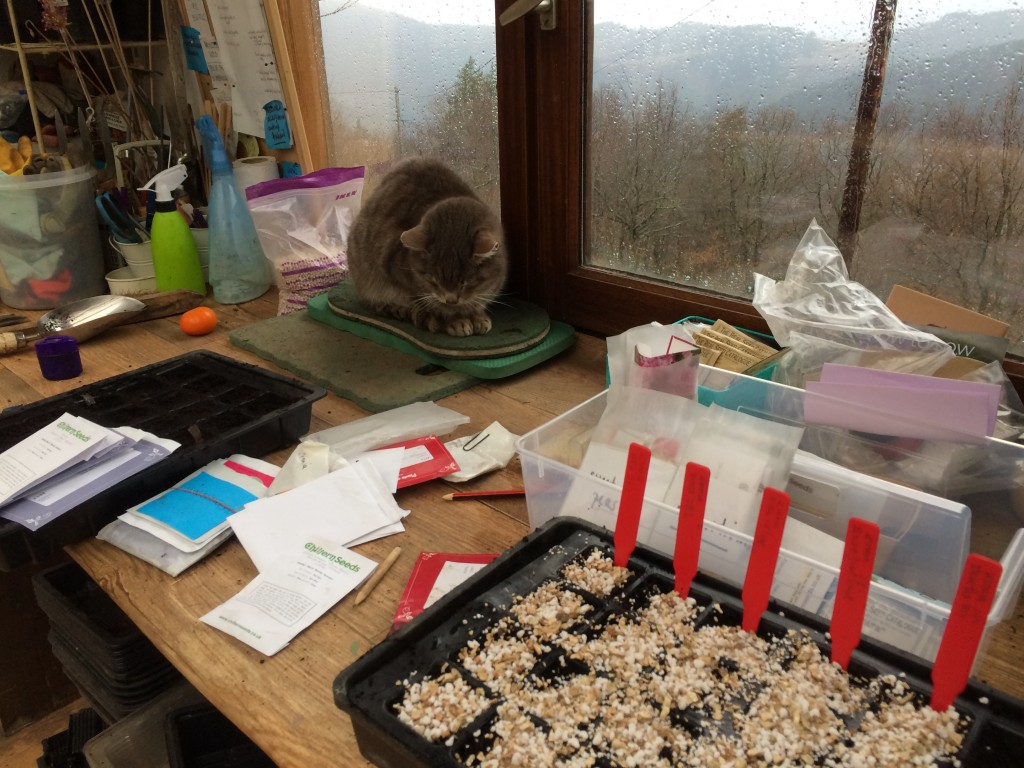 I have been hissed at. Growled at. And there has even been peeing in the corner. But not by me.  If I told you that Artur hates it when I clean the potting shed you will appreciate how painful this week has been for both of us.

But I told him who is boss. And he responded by peeing just where I had swept under the potting bench. So we’ll call it a draw. 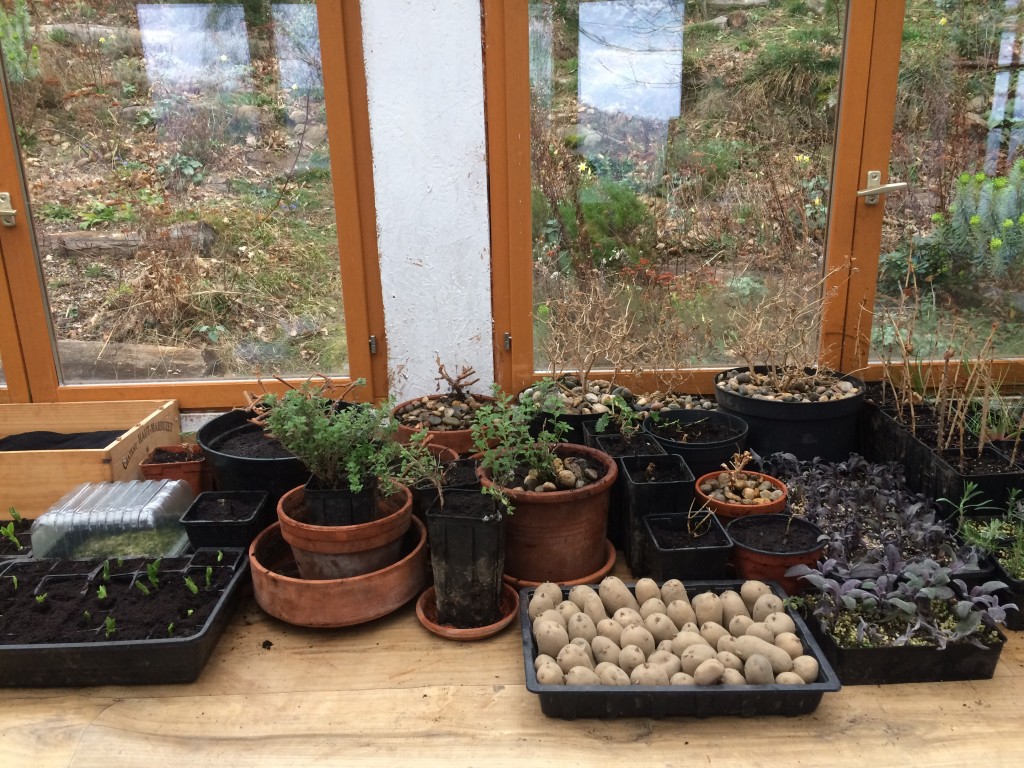 I wanted to start my seed sowing. But I had to sort all the cuttings first. These are the plants that I have been overwintering.

And the scented pelargoniums decided that expiring rather than overwintering was the way to go.  So I had plenty of trips out to the compost heap with carcasses.

The sage looks fine. It is a brilliant plant from which to take cuttings. I have no idea if the rosemary, lavender and gooseberries will spring into growth. But we shall see. It hasn’t really warmed up properly yet. 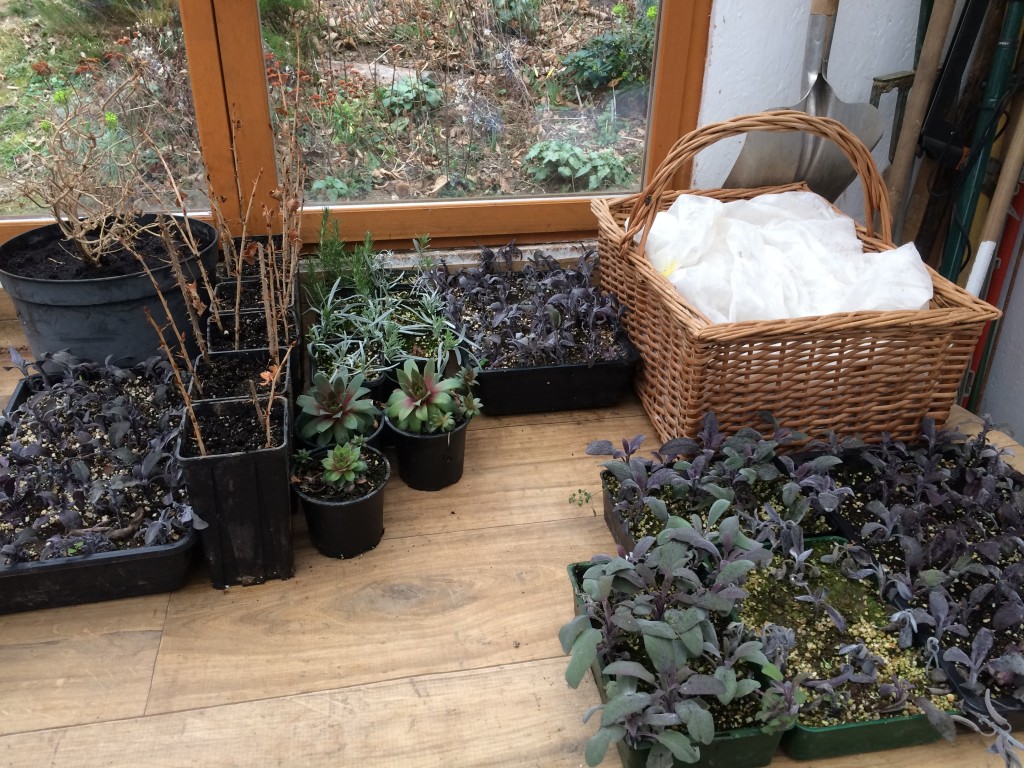 Note the paths I have to create so that creature can make his way to this new fluffy box if he fancies. He likes to be in the thick of things. 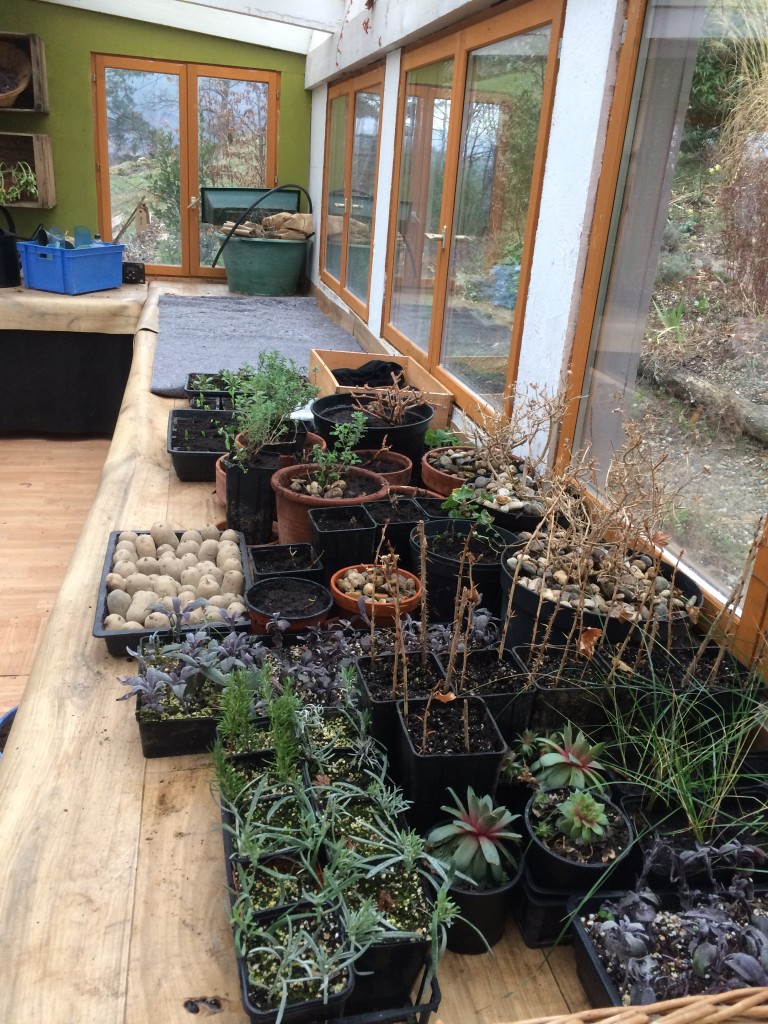 I started on this long side of the potting benches so it will be ready for all the seeds I want to sow.  But hysteria was building up as I worked my way around. 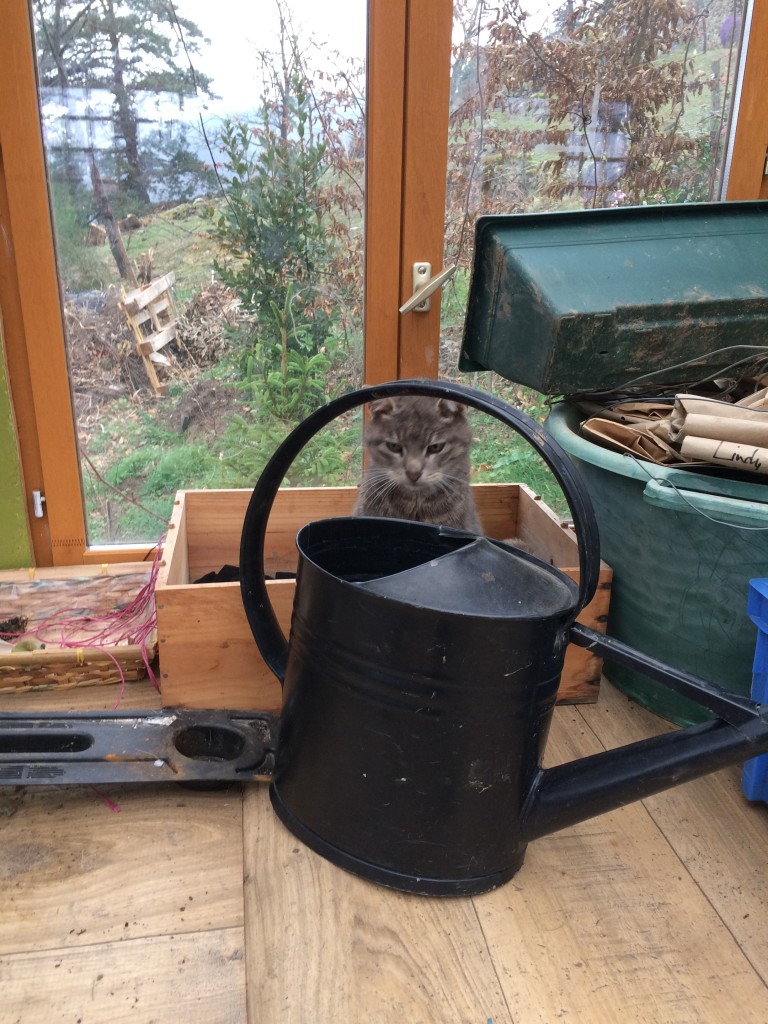 We reached an impasse at the end of the potting shed. I was cleaning all the windows as I worked my way round. But the end windows remain grotty as the growling started and wasn’t going away. That is a Death Stare. I was too scared to even move the watering can in case I got slashed.

This is not a big potting shed, so the only way to clean is to fling things into one corner and get the rest sorted and cleaned and then tackle the last nasty patch. 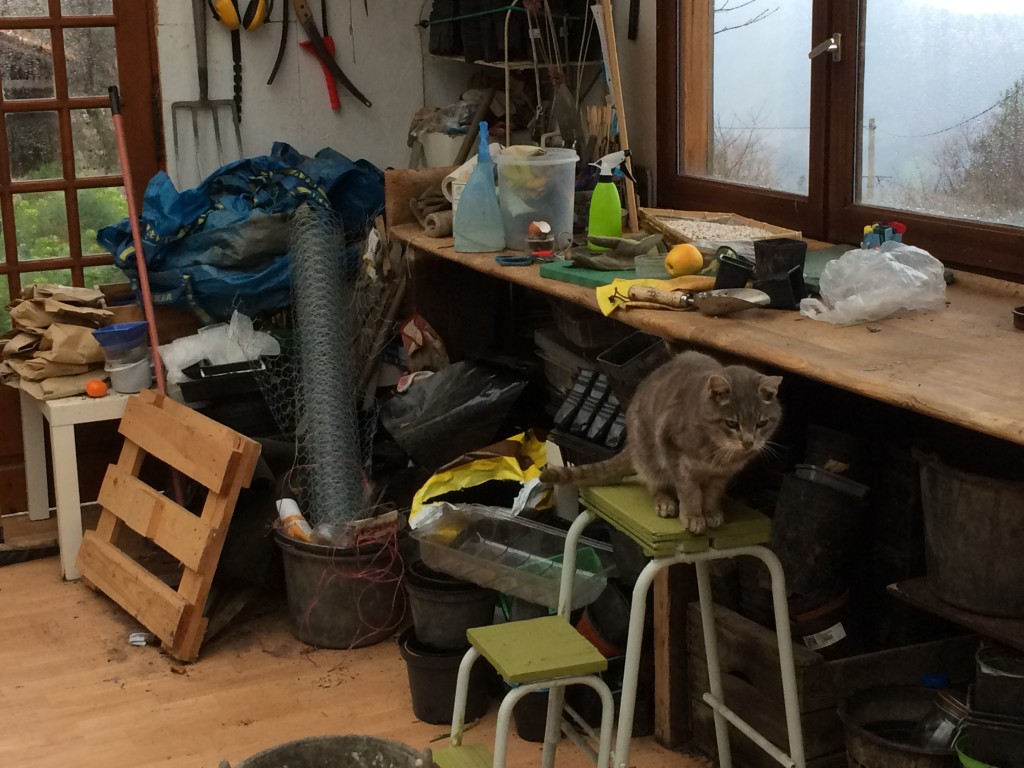 Here is the last nasty patch. With a gate keeper.

I had to trick him into ceding this stool so I could get at the pots and grot. You don’t want to know. But let’s just say a beaten egg with a splash of milk in a nice ceramic bowl had to be resorted to.

The seed season is now officially open. And Artur will have forgiven me by the time the zinnias and nasturtiums germinate. Trust me on this. Ten years of cat battling. We get there in the end.