Now there is a headline to get the heart racing. Sorry.  It’s dull. But oh so satisfying.  I am back in London for a bit and all the paths in this city garden are currently under snow.  Beast from the East storm number two this month. All that Siberian weather rushing onto this little island and causing havoc.

Thank goodness the weather was better out in France just before I came away.  I was hoarding the last sacks of mulch to put on the many paths I have through the garden. 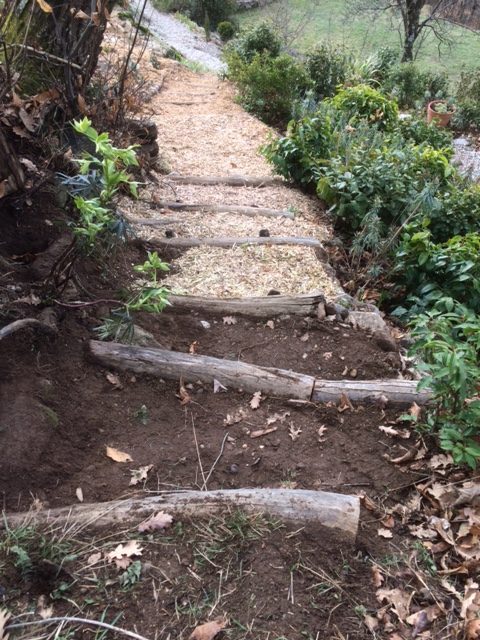 But I couldn’t just plonk it down. I had to do a bit of garden maintenance first.

There is gravity and there are mole hills. And both wreak havoc on these little paths.  They are edged with chestnut logs which are delightfully indestructible.

But the soil was either sliding gently down the mountain. Or the mole hills had caused unpleasant hummocks.

So I set to in some rather lovely sunshine and excavated like mad, levelled and then topped up with mulch.

And then in October 2013 they were washed away in the flood.  Nicolas repaired them. But he didn’t have enough soil to put between the treads.  He used the rocks at hand.

But since then the soil has appeared.  And now by the miracle of a hand trowel and a determined gardener, it has been spread about, and now disappeared under a few inches of mighty mulch.

Oh dear; should have shot this one without the shadows. Dull story, dull pictures;this is trying your loyalty. 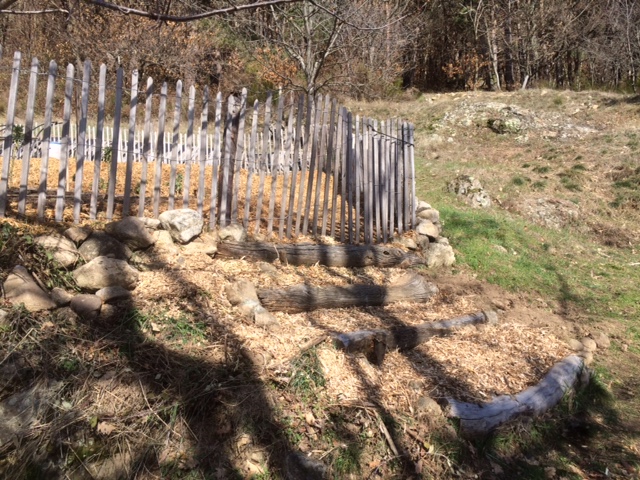 It will look pristine until the first mole gets going and messes up my steps.

The most challenging ones were the steps that bisect the terrace behind the potting shed.

The moles had run amok. 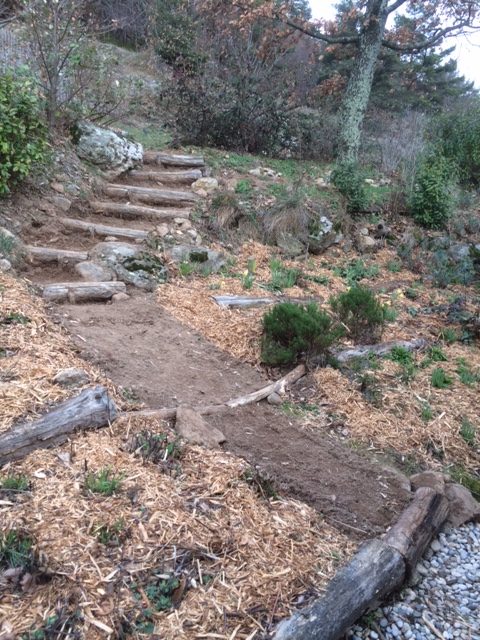 I had so much soil to shift that I must confess I just dragged it further down the terrace.  (Here’s a ‘before’ shot so you can see how scruffy it was.) 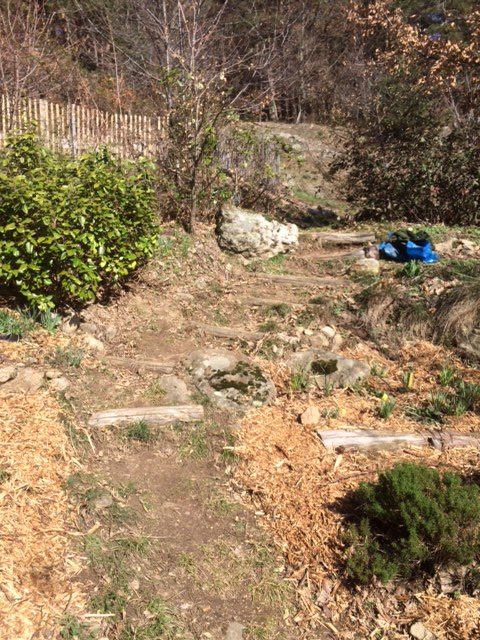 If my wishes come true and the council men deliver another load or two of mulch (yes, I have become greedy) I can do the last of the ground cover work.

They are working about a kilometre down the mountain and Im not sure if they will bring the mulch up past our farm to the depot. I have left the empty tarp ready by the letterbox and just hope my neighbour will have sent word that I Am Keen For More.  I didn’t see them when I was driving down to the train.

I want to finish this path, finish the very top of the top potager, cover all the soil in front and side of the potting shed. And the entire orchard bank – all 100 feet of it.  I tell you. Someone drops three humungous loads of blissful mulch on your doorstep and you are already drawing up a list for more. 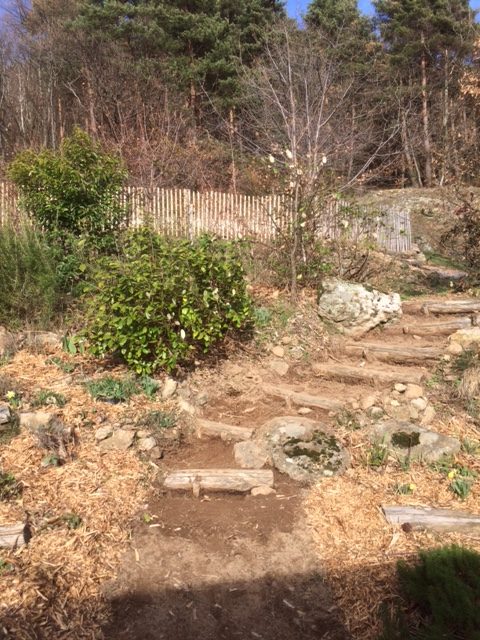 It’s like buying another lottery ticket after you have scooped the jackpot.

« Signs of spring » What do you see in a landscape?