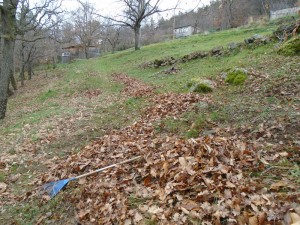 There is an eery fog lingering over the mountain top. It actually looks quite spooky. And were I mad enough to get up super early, I would have stumbled across deer and maybe even wild boar or badgers down on the lower terraces.

Even around 9am I could hear a thundering of hooves racing through the thick leaves down in the oak forest of the lower terrace. Deer I think.

But it was such a fleeting moment that I might have imagined it. We seem to have a family of three lurking about. And I guess I spooked them as they were heading to bed.

I was heading to the leaves. I have been thinking about mulching a lot this pas 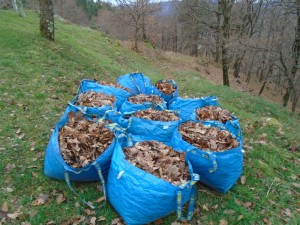 t fortnight.  With mild weather I really have to get a move on with weeding and mulching.  No bare soil is my idea.

I know I won’t have enough sticks for chipping the places I would like. But here was a great resource for smothering weeds, just waiting to be shifted.

That’s the rake in the shot. No leaf blowers or poncy noisy tools for me. Just a rake and empty bags. And I had hoped a supervising cat. 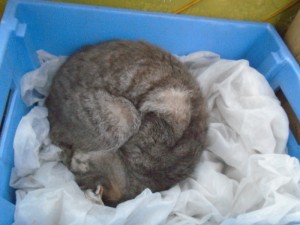 But Artur has gone to a new box and probably won’t emerge for a fortnight when he needs a new nest.

And I hate to wake him as he looks so tightly coiled in among the fleeces.

So it was a lonely toil. No more horses on the lower terraces. Just me and the rake.

I had a specific location for my first bags of raked oak and chestnut leaves – the edge of the potager which needed a bit of a weed first. 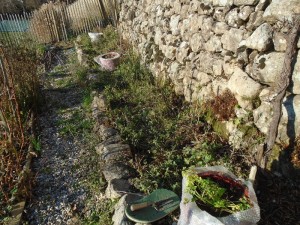 It took hours. I try to keep this thin strip of garden for the verbena bonariensis flowers which have thrived here.

They self seed like mad and I spent more time shifting the little plants about than actually lifting up unwanted weeds.

The plan (oh, don’t you love those dormant garden thoughts) is to have all the vebenas in bed closest to the stone wall. And mulch the rest. It will make staking the tall purple plants easier.

And I have lilies in here somewhere too. And a fig tree. That’s put on some marvellous growth. Quite an exciting discovery after I h 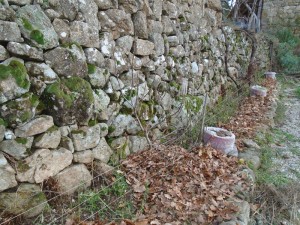 acked and mauled my way to the wall.

There are ferns growing back here that are way too invasive. And they hide nettles and brambles which I neglect until the narrow bed becomes choked with beasts. I swear I ought to make little boxes in all parts of my garden so I can store gauntlet gloves for all the beasts I come across when planning a gentle weeding session.

I have lacerations all around the wrists of both hands as I wasn’t expecting to have to haul out so many tendrils. 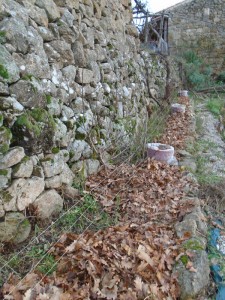 But it’s done. And I was lured with the promise of many bags of mulch to get the entire bed looking neat and orderly.

It’s a myth one can tame a landscape. But I am doing it one bag of leaves at a time.

All I need to do now is hope for some light rain to dampen down the heaps.  And pray we don’t get any squalls or blustery weather. I would hate to have to chase this mulch all over the gravel paths.

It’s going to be my chore of the week. I have my eye on the long, very long bed beside the pool.  It’s crying out for a weed and a good camoflage. 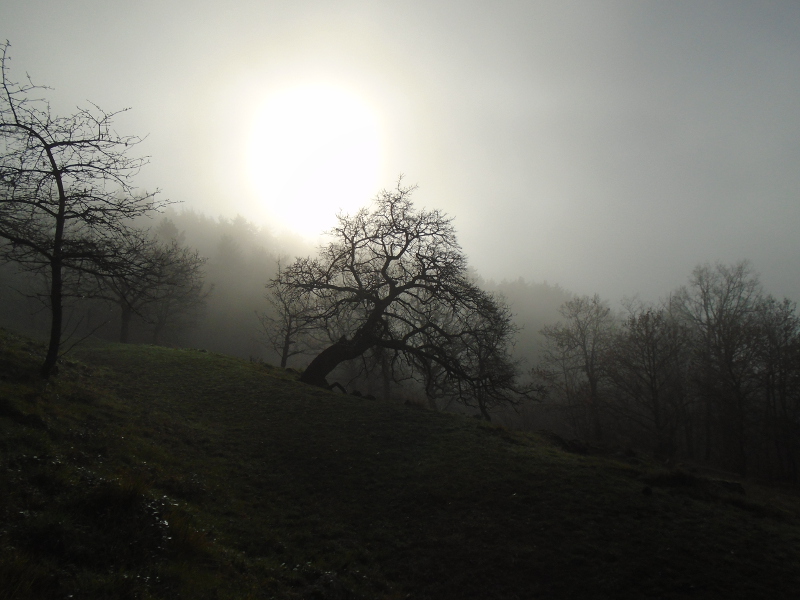