Preparing the asparagus bed for spring 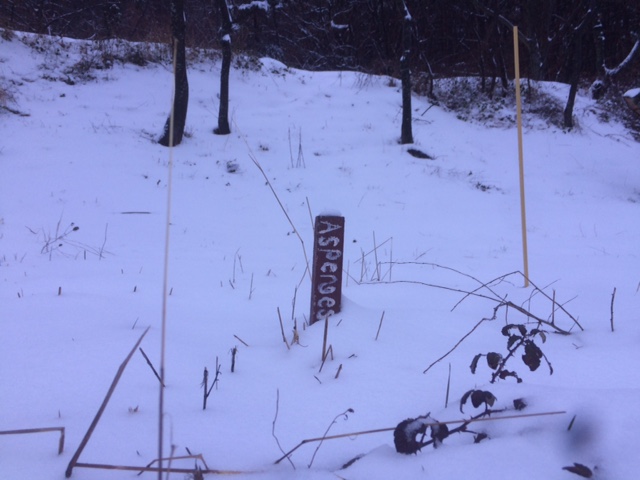 I don’t think so.

Well at least it’s not beige.

This post is currently being fueled by very good coffee, raisin toast and a rare outing for butter. You can’t have raisin toast without something fun. And as I remembered to place the butter near the fireplace this morning to unfreeze it, then it tasted even better as I didn’t tear the toast when I spread it. 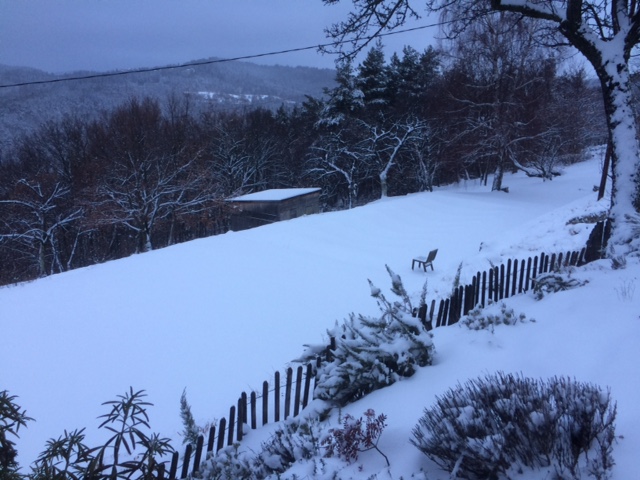 I drove up last night in what was one of the scariest drives in ten years.  The forecast was for snow.  But the words ‘quelques flocons’ just didn’t cover what I saw when I came off the 7pm train at Valence.

Snow. And when it’s snowing in the Rhone valley you can be sure there is more at altitude. But without access to a webcam, I just couldn’t picture how much was going to impede the 50km drive up to the farm.

And what usually takes me under and hour ended up being just shy of two. 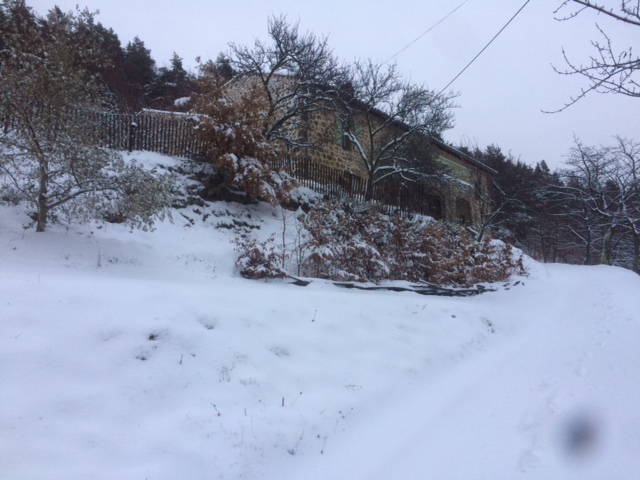 Ugh it was hard work. Not going more than 30km per hour in a driving snow storm, yearning for tyre tracks just so I could see the way.  A few scary slides, a few slowing down to 12km per hour just to get round corners.  And of course the hardest part turned out just getting up the drive at the end when I thought I was over the worst.

How to earn a beer in the evening? Try digging your car out of a snow drift so you can put it somewhere near your neighbour’s one that is skewed across the drive. 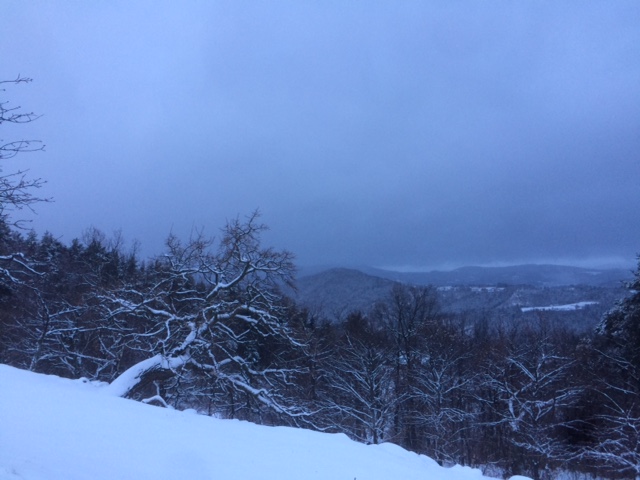 Warming work. Mind you I was so charged with adrenaline that it was good to be working a snow shovel rather than just huddling for warmth in front of the fire.

Next time I’m going to ignore the forecast and just check into the swanky hotel by the train station.  It would have saved me an awful lot of jaw clenching anxiety. And emergency beer rations. 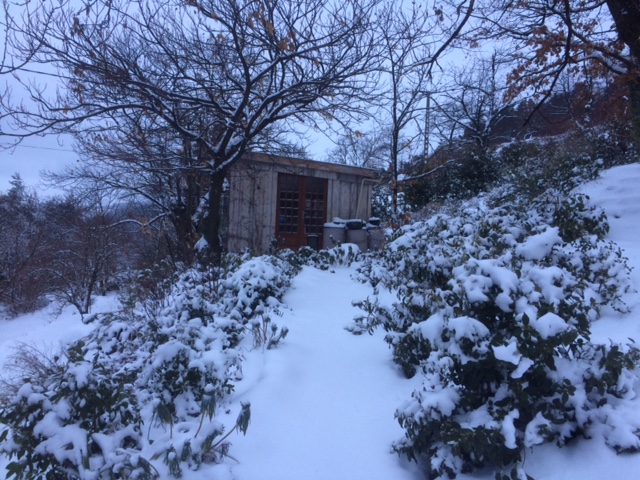