Irrigating in a drought

The sandals might not have been a good idea. Nor the shorts. Nor the slightly too thin gloves which tore the moment I put them on.

As I type I am tingling from stinging nettles, I reek from the accidental splash with comfrey feed. My toes are filthy from trudging through the dirt.

But at least my tomatoes and roses have had a marvellous liquid feed of comfrey and nettle juice.

That will teach me. 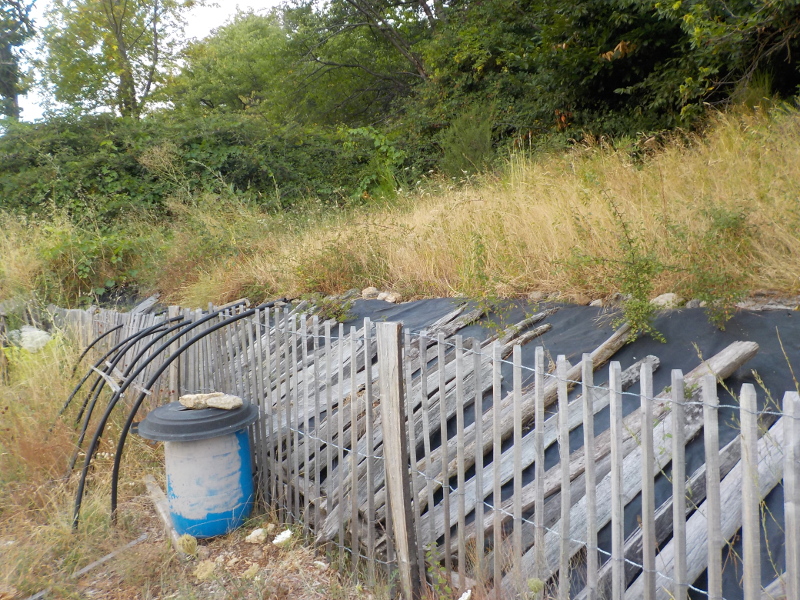 I started my day by fetching some liquid feed for the potager  This barrel lives way up the top of the top potager. It is reeksville. Rotting vegetation from the comfrey which grows up among the brassicas. And supplemented with handfuls of stinging nettles which grow down at the stables.  That is an awful lot of plodding to get from the top of the farm, near the bottom and meeting in the middle where the feed needs to go.

And on a steep slope, best not done in insufficient attire.

I diluted the rich liquid feed with water and each rose and tomato in the potager got a lovely drenching. As did I, but there you go – you have to suffer for your garden.

I also did a bit of hose dragging which is way better than a gym workout.  The orchard trees needed a bit of care. 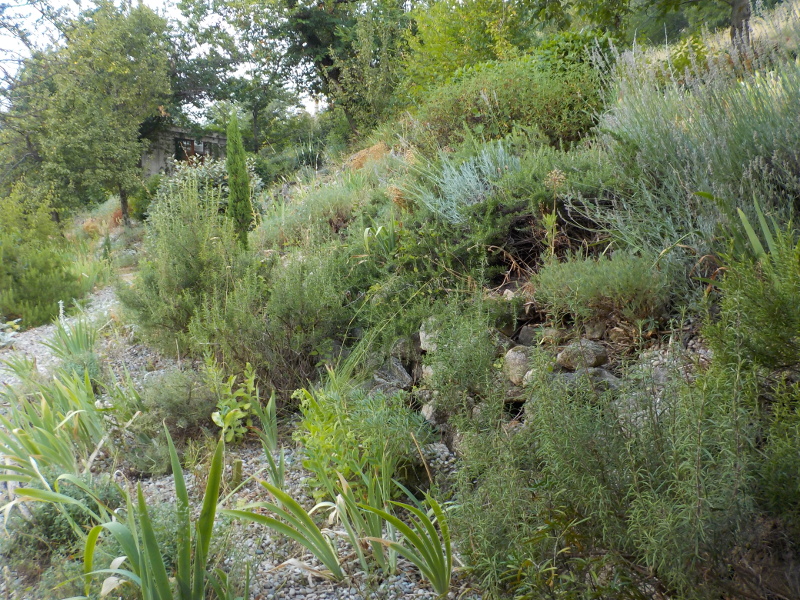 In normal situations everything outside the confines of the vegetable garden have to fend for themselves. Such as the barn garden.

But this is year two of a drought. So I decided that all the orchard trees needed a bucket or two of water.

The ones I could reach. 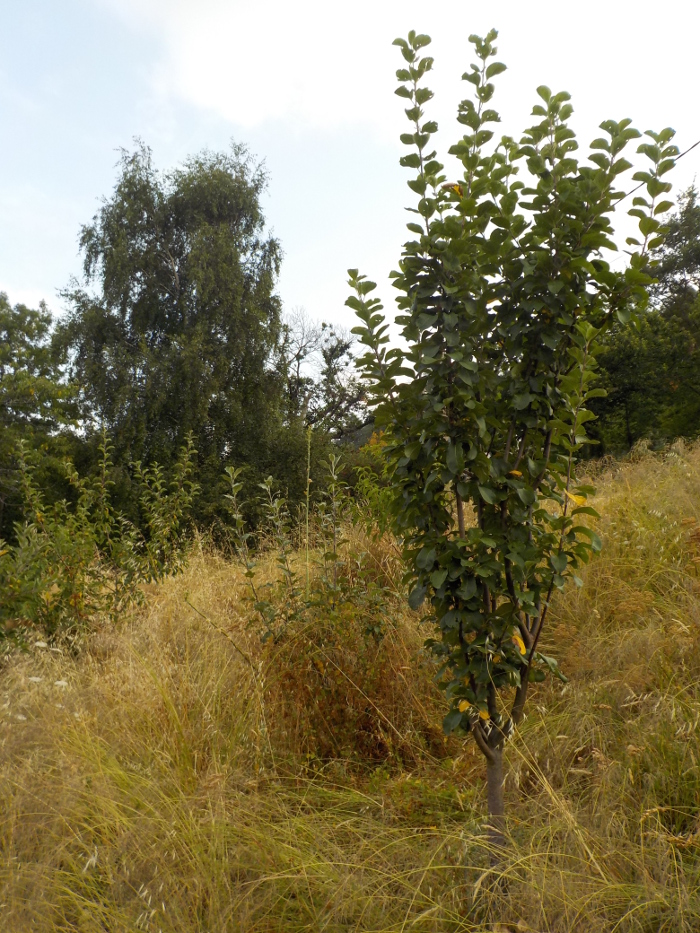 And here is a lesson for you.  Wild cherries out in the terraces, fine. Slightly exotic cherries which produce black rich berries, suffering. Bred for fruit, not for the extremes of our climate.

Cherries do the sensible thing in a drought. They shed leaves.  I was a bit surprised that this one – Noir de Meched – didn’t so much shed as drop the lot. It looks like it is expiring. 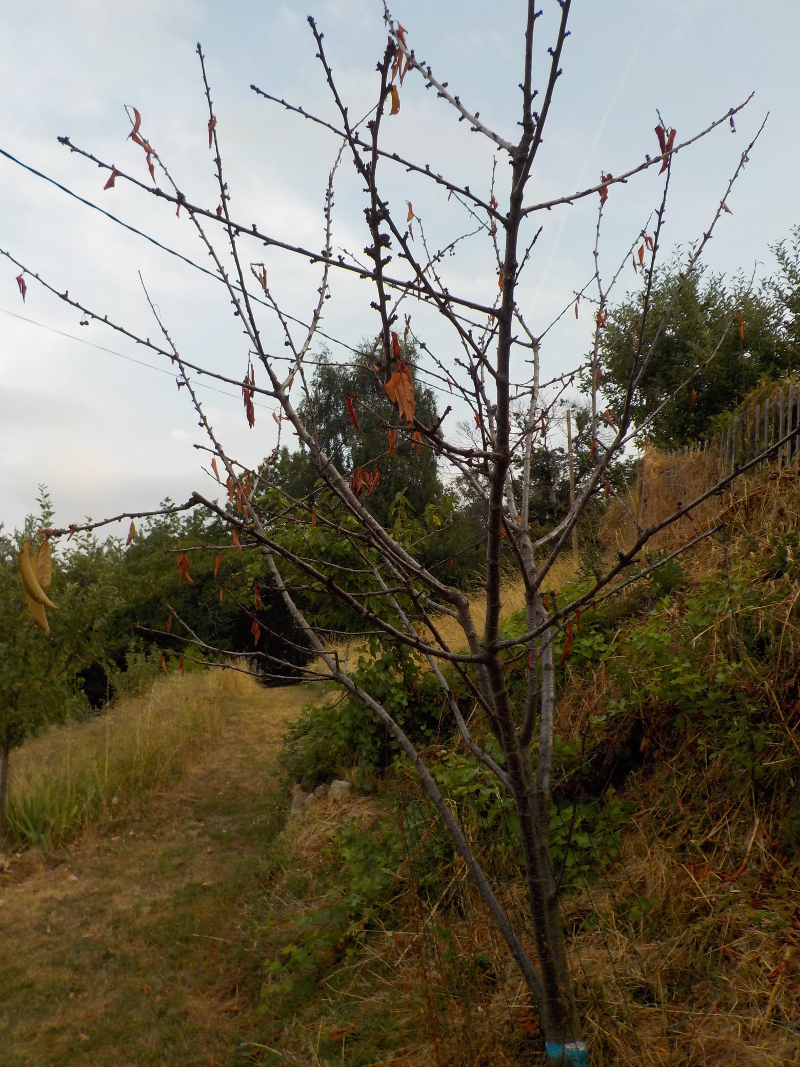 I’ll be interested to see if this one survives.  The other three get the benefit of a nice underground spring at the base of this stone wall. So I didn’t even bother watering them. 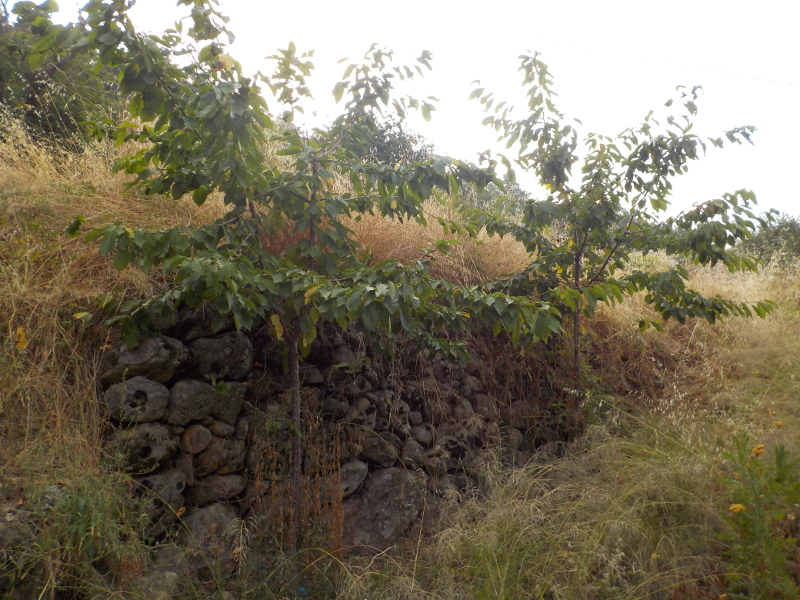 But the rest of the orchard were drenched. And as I pointed my hose I could see that there is a major weeding session needed in here. Some of the bindweed is reaching strangling proportions.

But for once I realized that being in shorts and sandals really doesn’t lend itself to wading in and hauling unwanted plants out. So I retreated, and decided to add that job to my list when I’m in long trousers, heavy work boots and thick gloves. 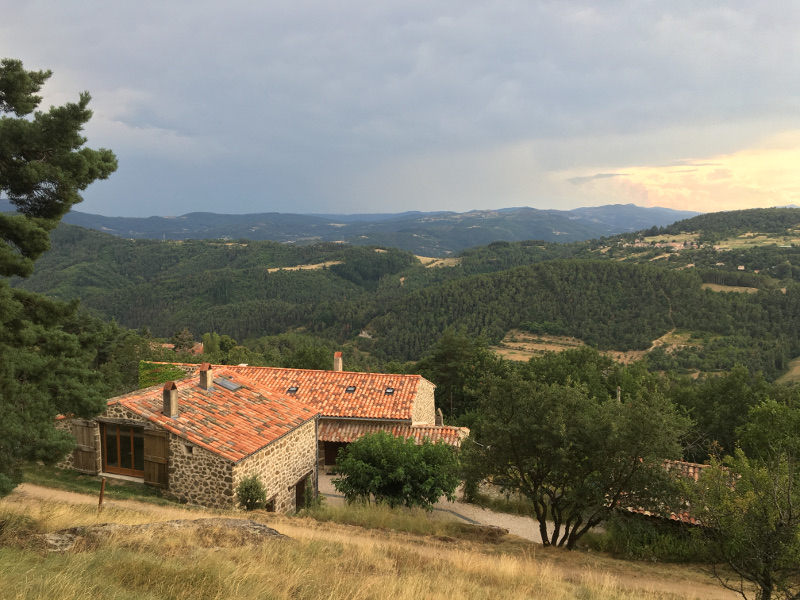