One of the nicest things about these two new garden areas I created last year is the chance to see the farm from a different perspective.

Those aren’t the first thing that comes to mind when you start creating something new.

But look at this: 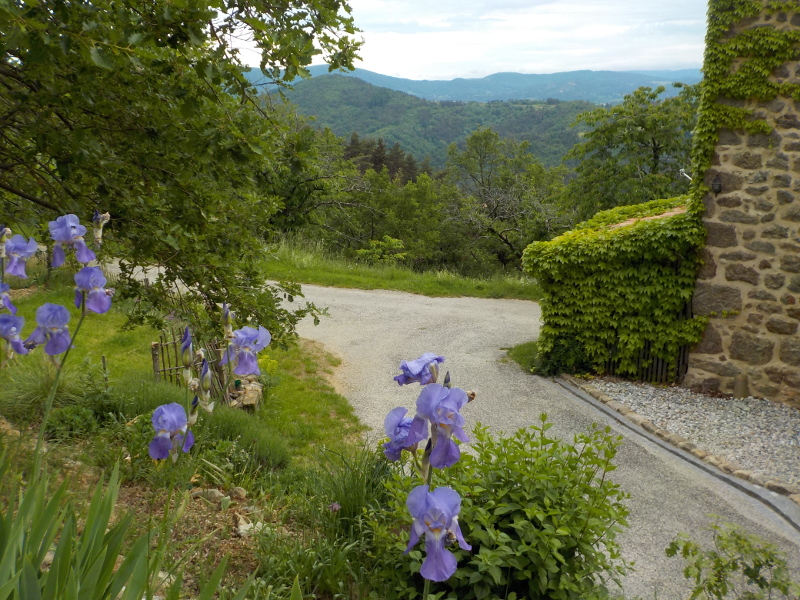 I’ve never stood here before.  That might be due to the fact it was a jungle of overgrown shrubs, ivy, brambles, broken glass (don’t ask – I have no idea why I unearthed such a volume of broken glass from this super steep slope). 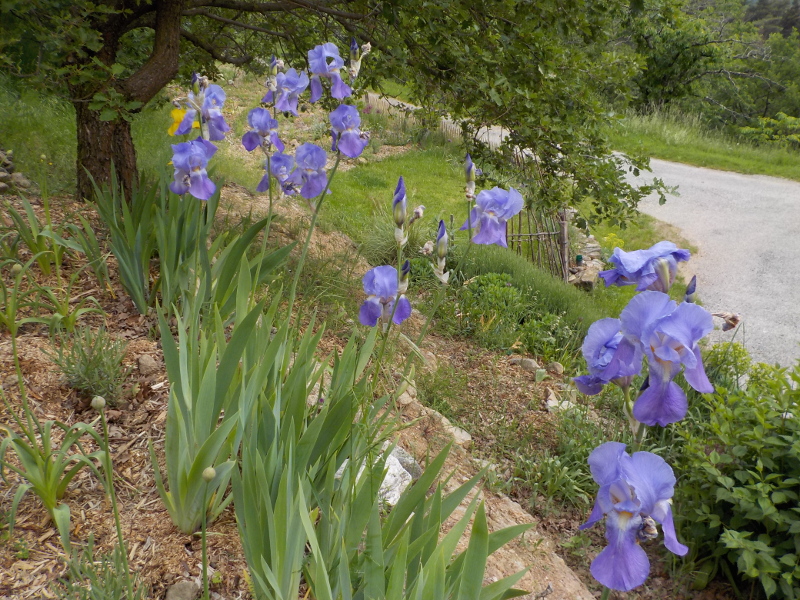 And I’m pleased about the irises which are flowering. These are the ones I transplanted (rashly) last summer.  Never a good time to move any plant. But these are the bomb proof irises. I needed their strappy green to distract the eye from vast expanses of dirt. 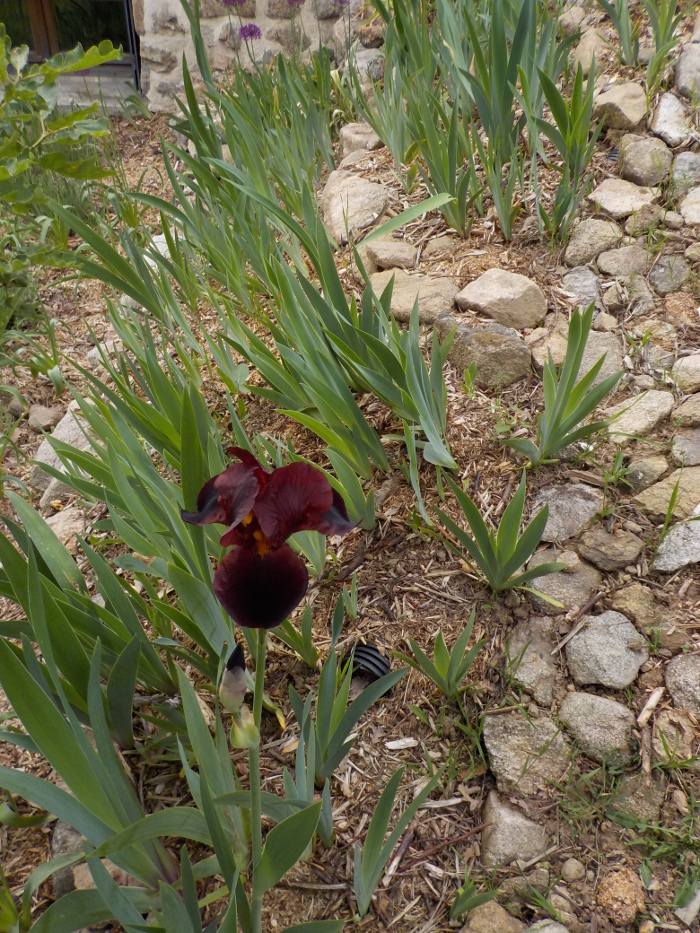 A few rogue dark crimson ones snuck on. I love these ones. But my planting scheme is always a bit of a lottery. I loot irises wherever I see them. I have my eye on a few bicolour ones lurking along the track in the forest beyond Jean Daniel’s.  I must ask him if I can uproot them.

Oh and speaking of perspective. This was the reason for the creation of the entire garden.  The view from the guesthouse bedroom. 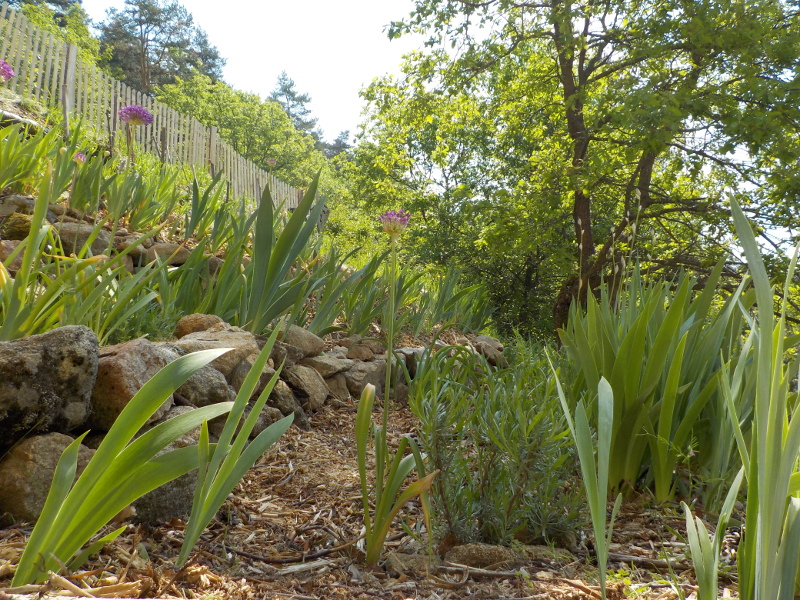 It now looks like this. Far better than the jungle. (I spent ages trying to find the exact shot from years ago, but alas…) Take my word for it, there is no longer an eyesore when you wake up in the morning.

And the same can be said for the Dry Garden.  I’ve never perched on the ground to snap this shot. 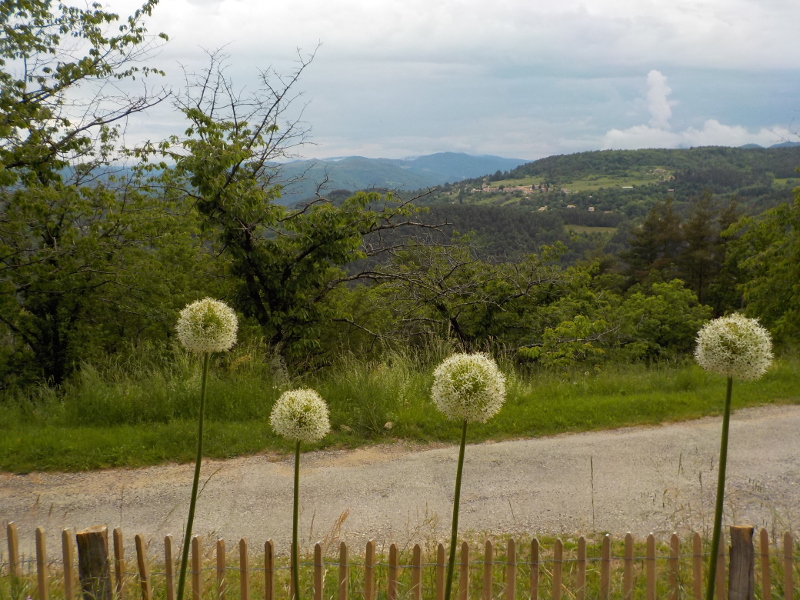 I am going to do a post on this brand new garden later.  Can’t spoil you in one day with more plants and gush.

I leave you with a bit of an iris fest. (Well as much as yesterday’s garden work would allow. Today I’m stuck indoors with tipping rain an storms and no chance to sneak out and snap these beauties.) 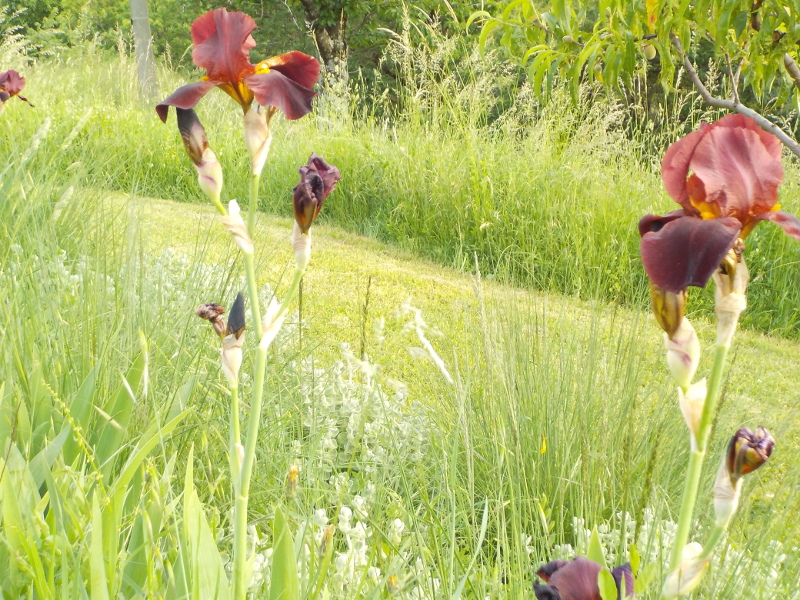 Oh and on my interminable list of indoor chores while it’s wet is to go and try and scrub the mess off the hallway wall. One of the yellow irises (gone to a happier home, they are much too loud for me) stained the white painted wall behind when it expired. Seriously toxic old goo – nothing has shifted it so far. And I’ve even tried that old trick of painting over the stain with emulsion. 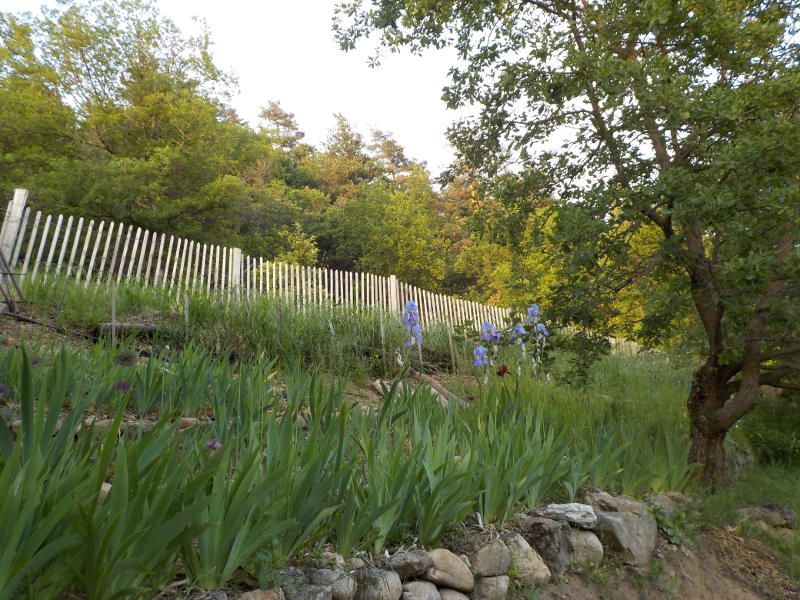 No effect whatsoever.  So I have learned two things about iris this week. They have an incredibly strong  scent. And they are can turn white walls yellow if you don’t watch out.