The step garden – lavender to the rescue, again 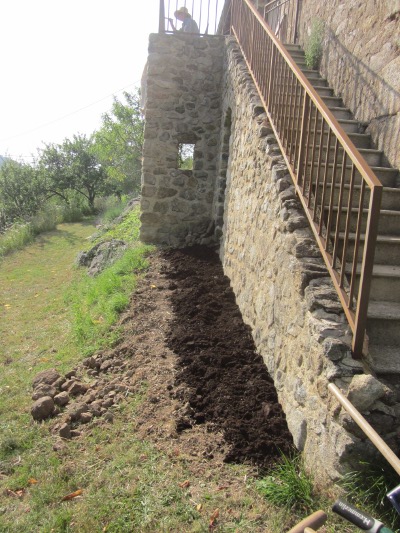 Small is beautiful. Here is a tiny garden – well about 15 feet long but only two feet wide.  It is at the base of the steps leading up to the terrace.

I decided to do something with it as it is too steep to mow.

And I also thought it would be fun to create a garden grown entirely from seed.  So I kept it to a very small palette of plants that I know work under the conditions of drought and neglect. 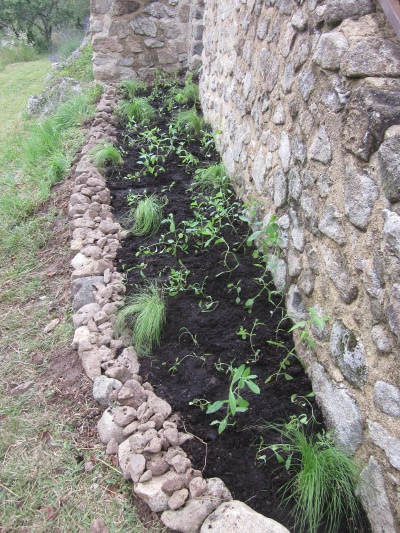 The random brambles snaking through the whole bed come free. As does the bindweed

I planted it up in 2012 and in the first year things just put on growth but didn’t sparkle. Although I was pleased how well the verbena stood up.

Last year it was the eragrostis that took over.  And I noticed that the verbenas didn’t come back as lustily.

And this year it is a gaura bed. I will definitely have to re-sow or lift and move some more verbenas. I think that the drought we had in May this year put paid to them.   But the gauras have doubled the width of this bed. 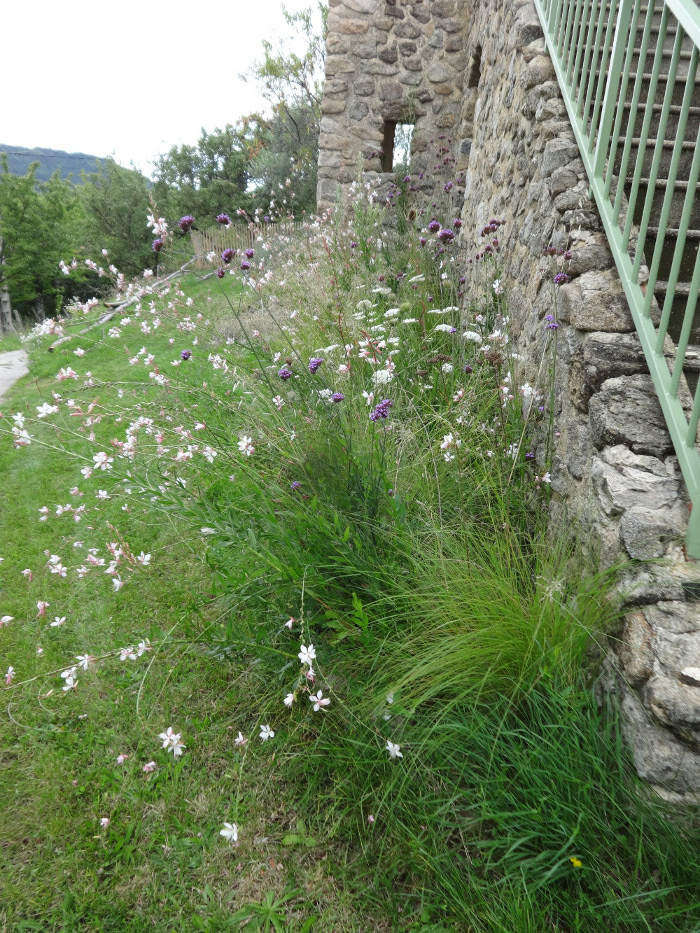 It’s fun when you come round the corner and see these airy flower stalks waving in any breeze.

I did contemplate staking them a bit. And in fact I think there is a stake or two in there, but goodness knows where. It’s a gaura forest now.

And now it’s time to change the name of this dear little garden. It’s just another lavender bed now.  But at least I tried to be creative.

My problem was one of symmetry. If you stood in front of the main farm-house and looked front on, you would see a forest of lavenders in a good stone-walled enclosure on the left side. And this bed on the right.

Time to get a better hard structure and plant up in a way that would please all gardeners who like a spot of neat and tidy.

I really had hoped the three plants would sort themselves out. But they weren’t even throttling the bindweed. 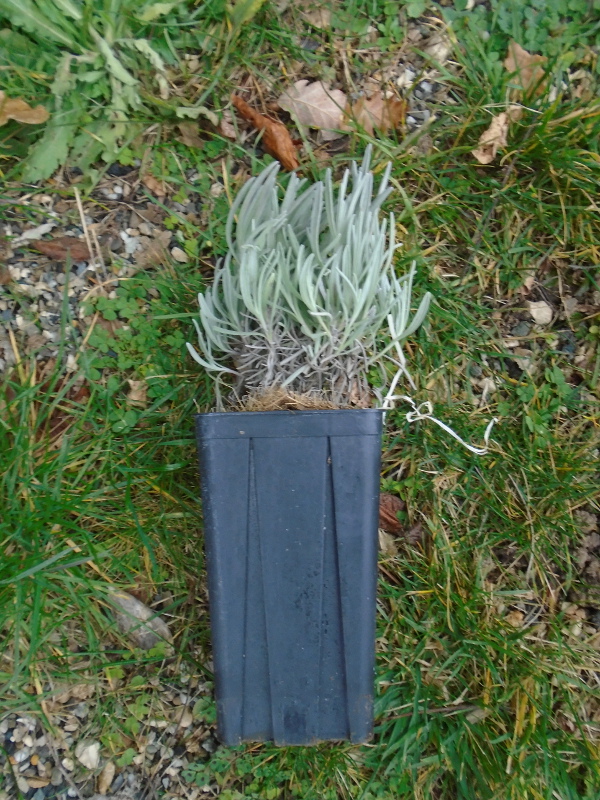 So first stop, a Nicolas day for wall building. Yes this only took him a day. Shorter time than it took for me to do a proper plant order from Filippi of jardin-sec.com fame. 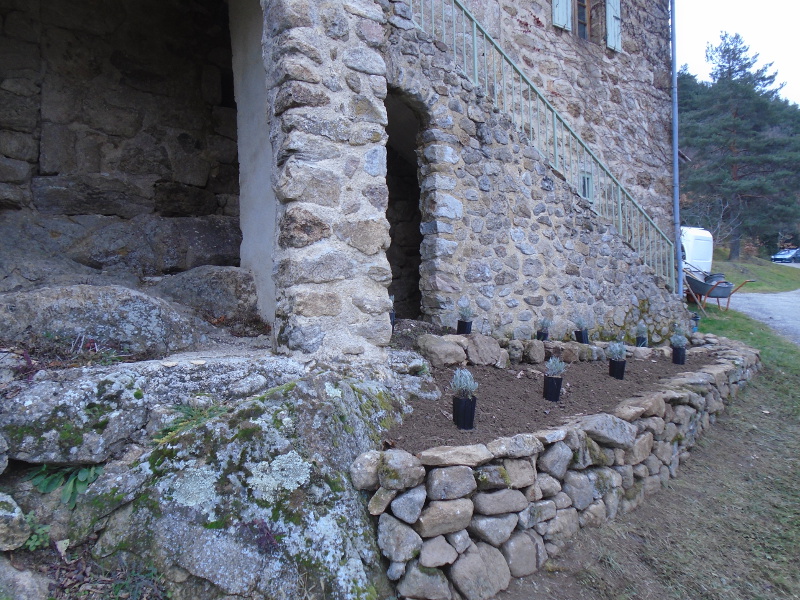 I decided to plant only one type of lavender – grosso – and the tiny little plants with a huge root run arrived just as Nicolas was finishing up.

Nine plants. Spaced a metre or so apart. Actually less than that, but I was trying to get the spacing right. Overcrowding in a lavender hedge is such a disaster once the beasts start growing. 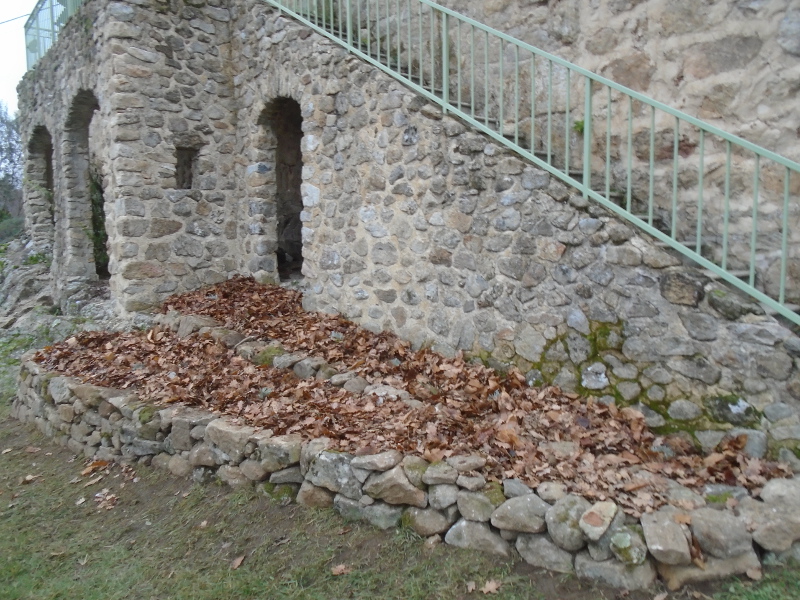 And grow they did. First there was a duvet of leaves (until one good storm littered them prettily all over the east garden) then a mulch. And I watered a bucket full for every plant once a fortnight.

I mulched properly with my branches that were shoved through the chipper, and it has been nicely weed free(r) since. 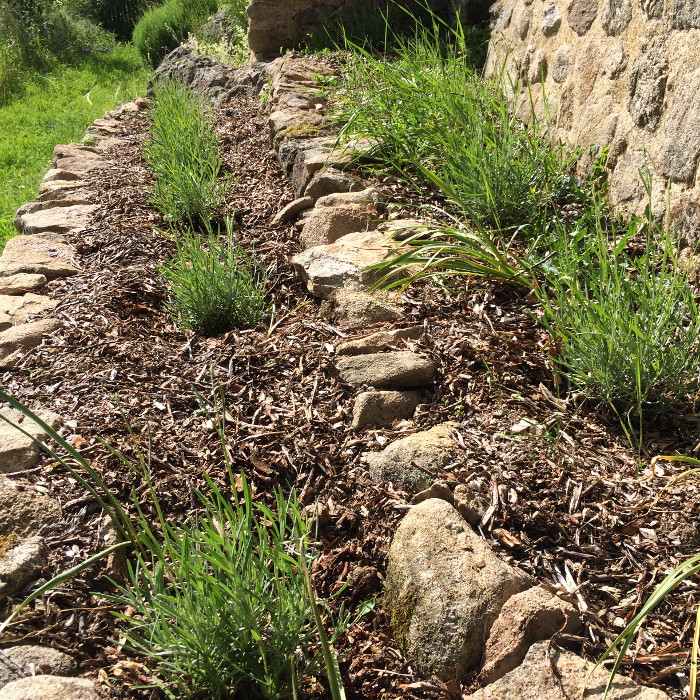 And here they are four months on.

And one year on. 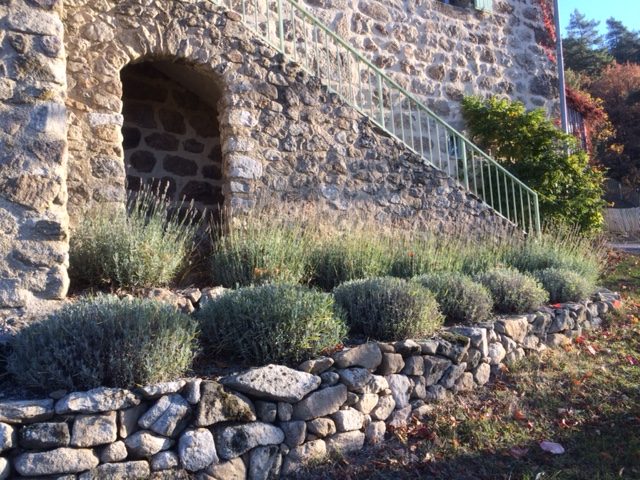 Now you might think I am being oh so Nicole de Vesian by cutting back the front plants and leaving the flowers on the back.  But I just snapped the bank mid prune after the summer.  I loved the light falling on the stone wall and the shrubs.

Here’s a better idea of the sensible and elegant bed early in the morning. 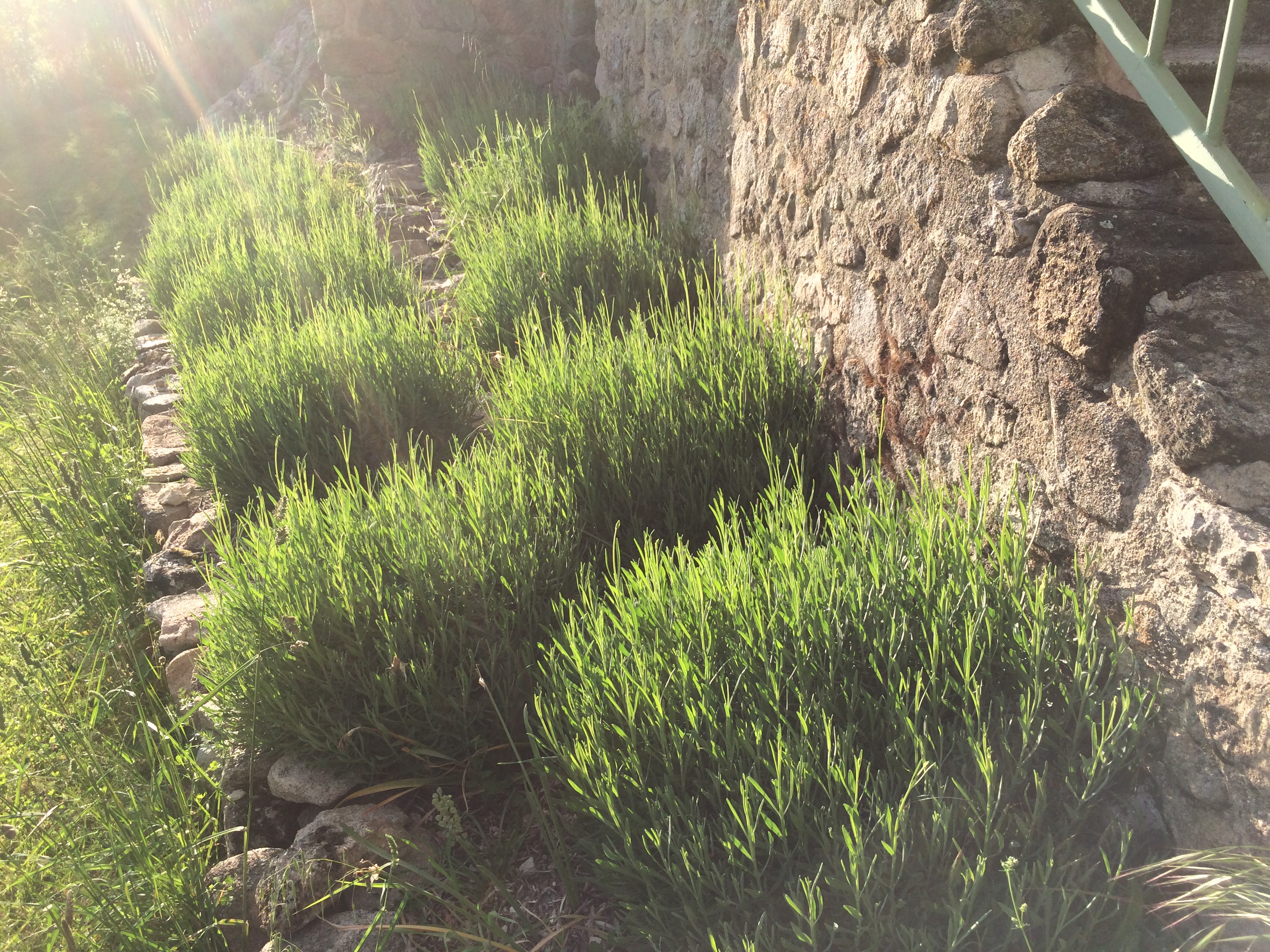 I wish they stayed this green all year, but the bleaching sun turns the plants quite grey by the end of summer. 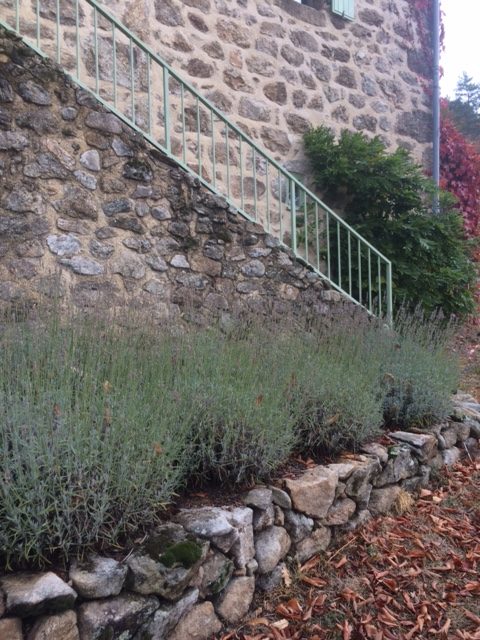 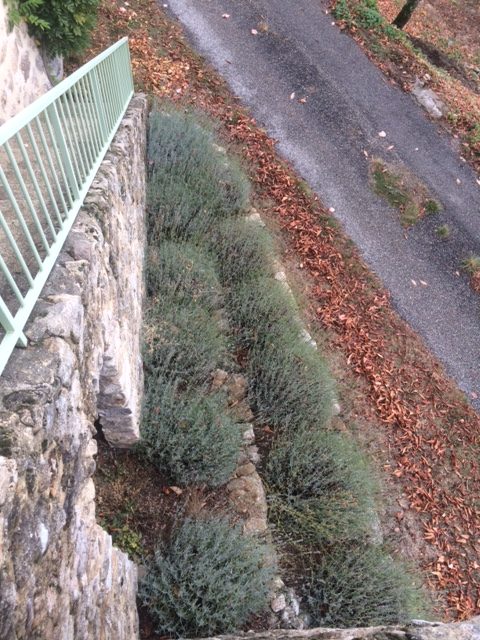 Still, I think the little bed is a success. Dull, but neat and orderly. And that gives me time to be creative (or weeding) elsewhere.