Hiding from the heat

I’m hiding. Inside. It’s almost 6pm and I only stepped out for about an hour this morning before the blast of heat of the day.

To pick broad beans, two courgettes, a fat aubergine, the first dwarf French beans, to untangle the runner beans so that they cover the top of the bed as an umbrella for future plantings, to shudder as I squeezed past the raspberries (still lacerated). 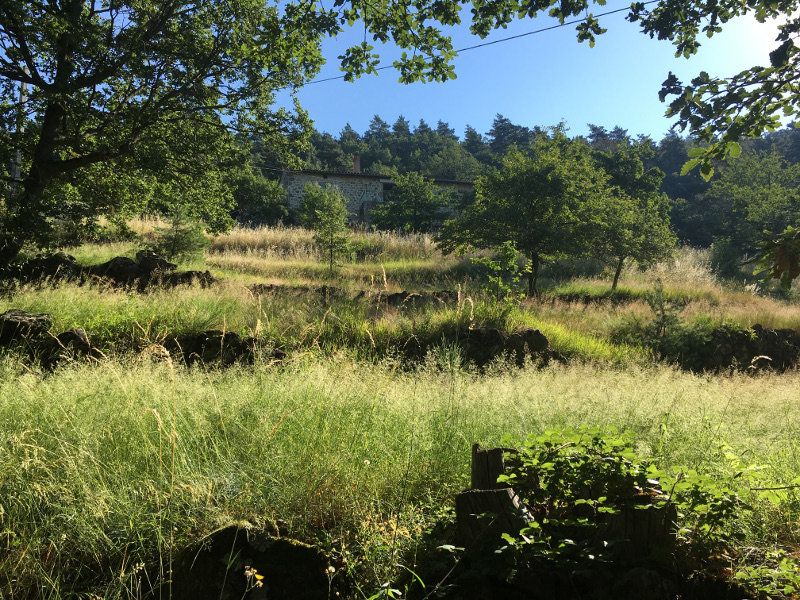 To take myself for a small walk down to the lower terraces.  I spotted two flowering verbascums from my eyrie on the terrace at breakfast.

So with proper boots and a pair of secateurs (but no gloves) I ambled down to attend. 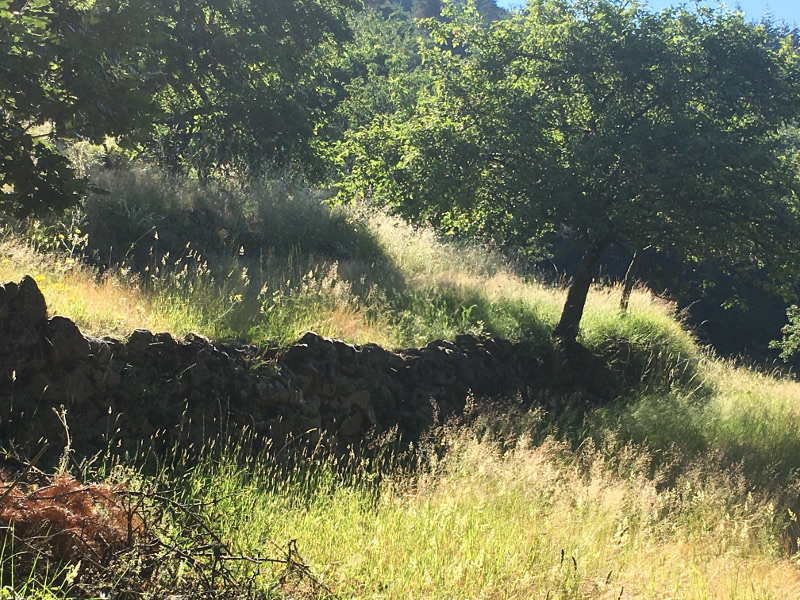 It’s not so much a few acres of farm down on these terraces. It’s a wild boar playground. There are animal tracks everywhere. They are not only feasting on the mulberries, but foraging and churning. Mess.

I cut out my verbascums and then decided to see how far I could go without meeting anything snoozing in the waist hight grass. 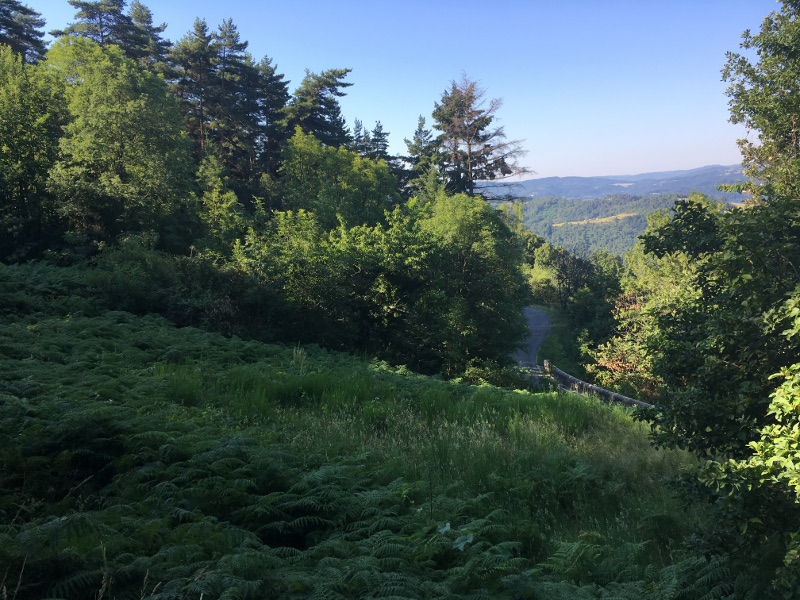 The old vineyard is a nice bracken paddock, and I can see that strimming the brambles that are growing on all the walls of the terraces is becoming urgent.

And I could do with giving everything a bit of a mow. The grass is long and flattened where the animals have passed.

But as I plodded I started itching and scratching. Hmmm. Something seems to have bitten me. Really bitten me. 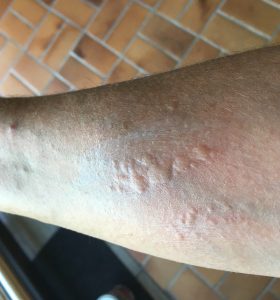 So instead of taking my raspberry lacerated hands for a walk, I was dangling them like bait for any passing beastie.

Plan B. I have scuttled back and found all sorts of urgent ‘can’t go out today’ jobs.

I have sanded and painted the wood around the windows in our bedroom and the front door. 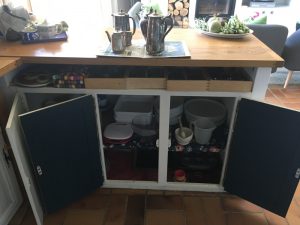 I have even ventured under a cupboard in the kitchen which hasn’t been rummaged in eleven years.

And then it was on with the varnish in the bathroom furniture (yacht varnish). While I was waiting for it to dry and get a second coat; I painted the inside of said cupboards (Farrow and Ball Hague Blue) so I could be entertained while I unearthed porcelain I haven’t used in a decade.

I even threatened to polish the silver.

But that was a step too far. I picked over a few kilos of black currants instead. It’s still a fruit factory in my fridge.  If I’m brave and I can wear a proper pair of gauntlets over my long-sleeved shirt I might venture out and pick up all the weedings from the potager.

Or polish that silver. 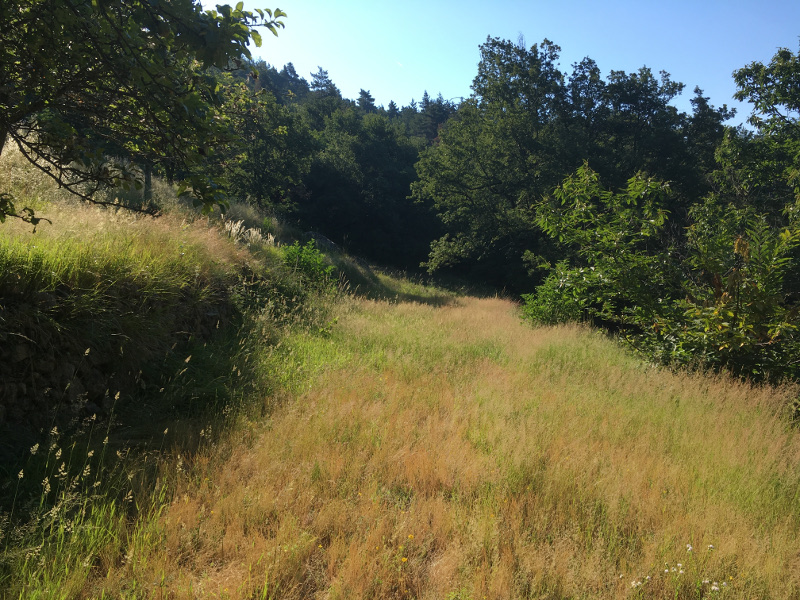 Guess which job I choose.