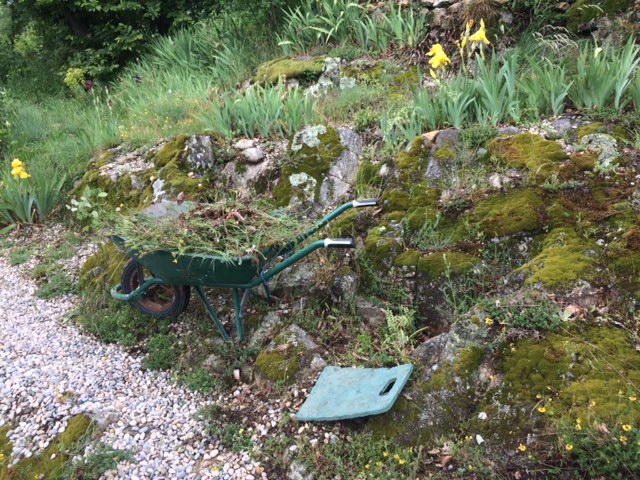 Discovery of the day: you can garden up until almost 10pm. I know that as it was the time I crept back up to the hornbeam hedge to retrieve my gardening fork and weed bag.

It had to be almost dark as earlier in the day I found a wasp nest. Just as I was busy weeding under the wonderful hornbeam hedge. 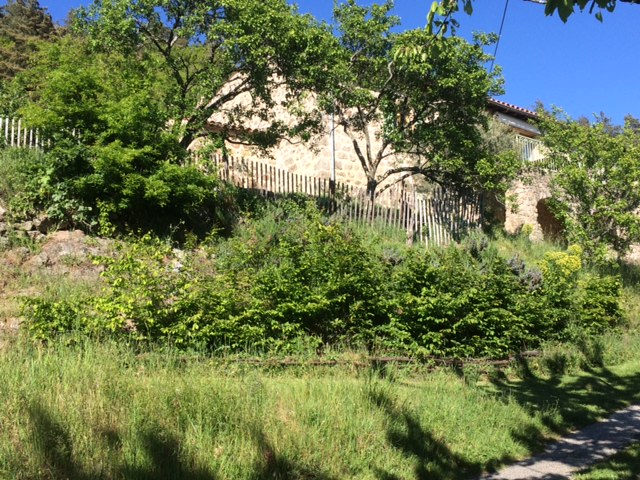 Or should I say the wasp nest found me.  The soldier wasps guarding the nest (which was somewhere in among the trees and lovely thick mulch) came roaring out and stung me on the face, ear and neck.

And as I was perched rather precariously on a steep slope at the time, it was hard to evade attack. But the good old fight and flight instinct kicked in just as they were going for my face, so I leapt down the wall and was out of there fast.  Leaving behind tools and weed bag but caring not a bit.

Fast march to the house, down to the deep freezer in the basement. Ice pack (old broad beans) in plastic bag applied to stings. Sit quietly for a bit. 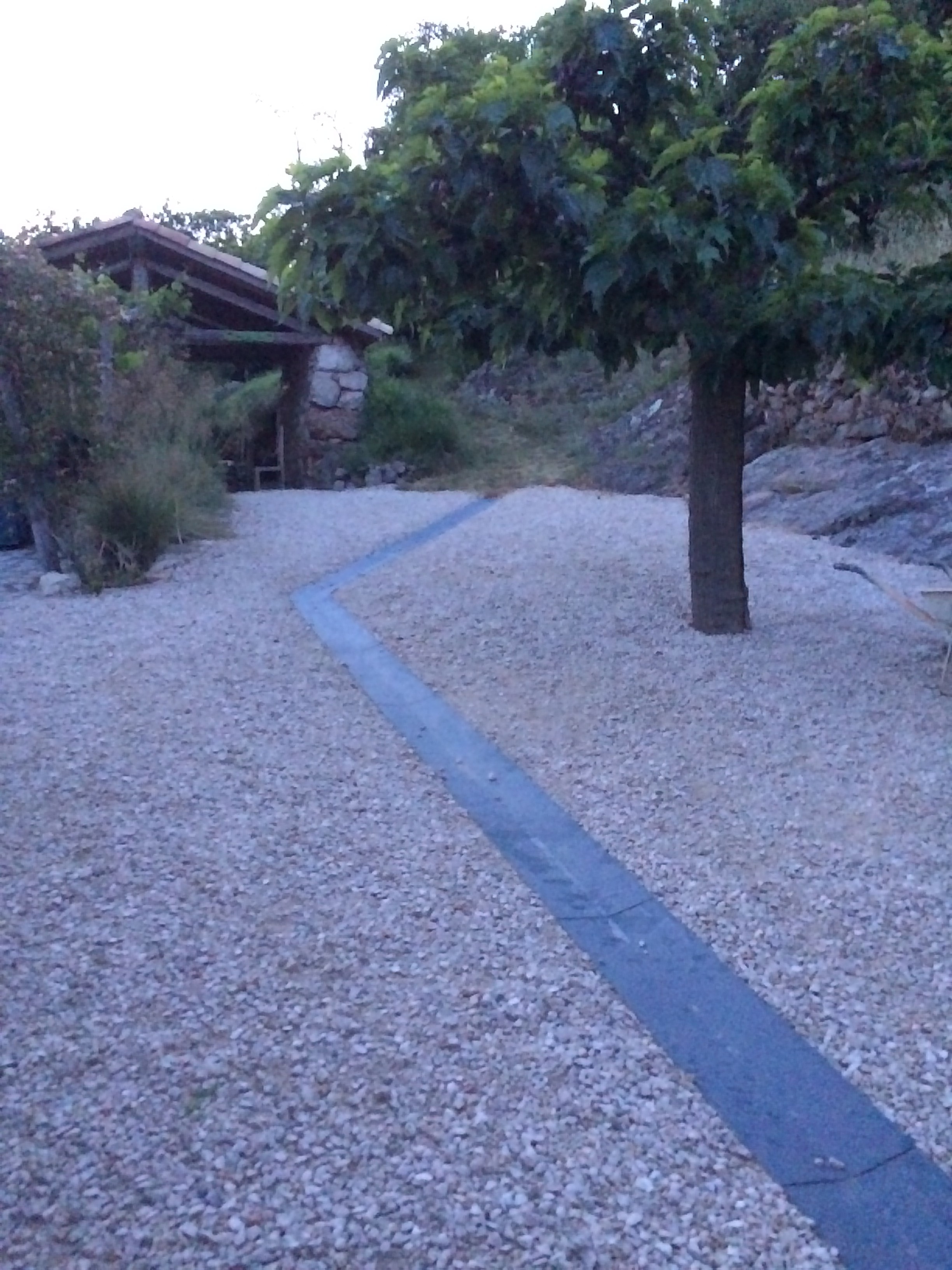 Then decide that gentle painting would be a better project away from the greenery. I did the rill in the courtyard.  Artur assisting.

Then a wall in the kitchen. That felt good. I had been meaning to do it for ages.

After a few hours I decided to venture out and mow and cut edge of orchard bank.

And I can finally admire the lower hornbeam hedge. It replaced the lovely wall that fell down in the flood.  But I no longer consider it a gardening disaster.

It’s just a nice hornbeam hedge. If you are considering planting something in a country setting this is the tree / shrub. And it has finally reached the right height so I won’t have to fuss over this again. 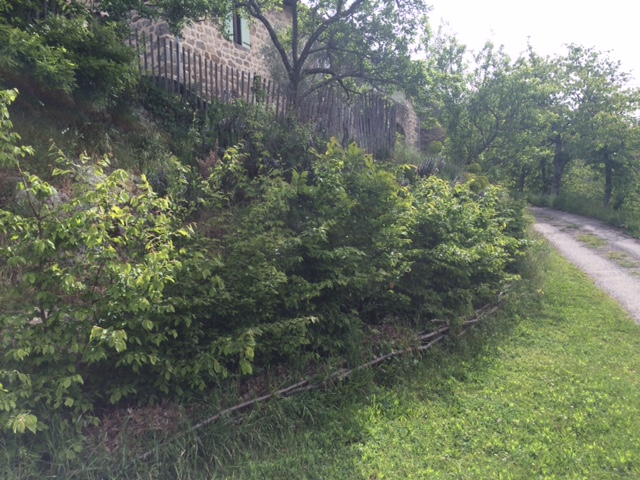 Mainly because it hides all sins. There is a rather poor quality wall behind that hedge. And a lot of rosemary on a higher bank which sort of does its thing.

But has branches which die rather dramatically. Luckily I can’t reach the area easily any more (fence, don’t you know). So I just ignore all the plum suckers, the struggling perovskia, and just admire the handsome hedge in front.

Oh, and speaking of handsome.

Look who escaped from an upper field and clip clopped up the road. 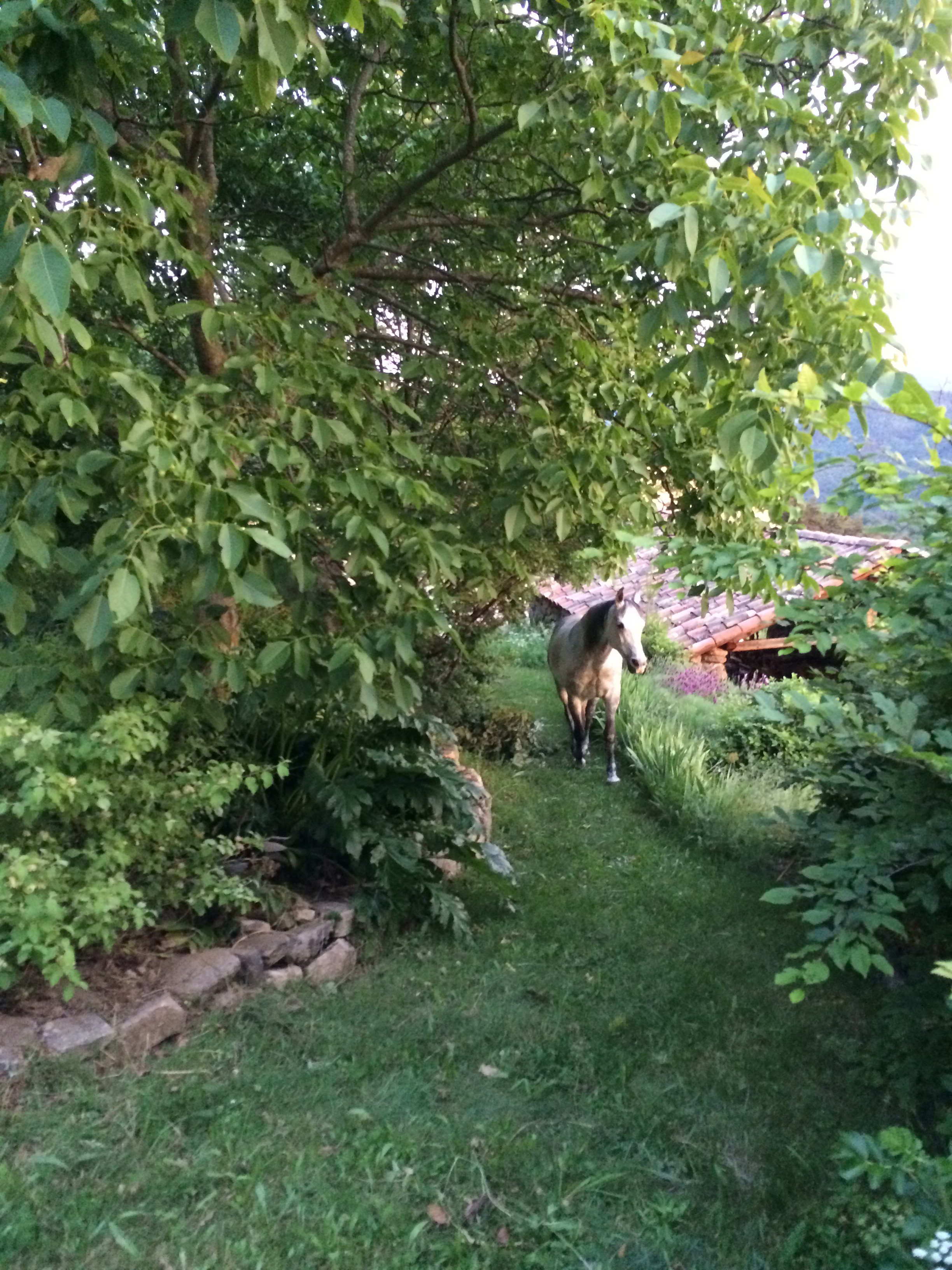 Ulysse was having a marvellous evening stroll.

I managed to cajole him out of the orchard where I was weeding and just plod up to his home with pretend apples in my pocket. 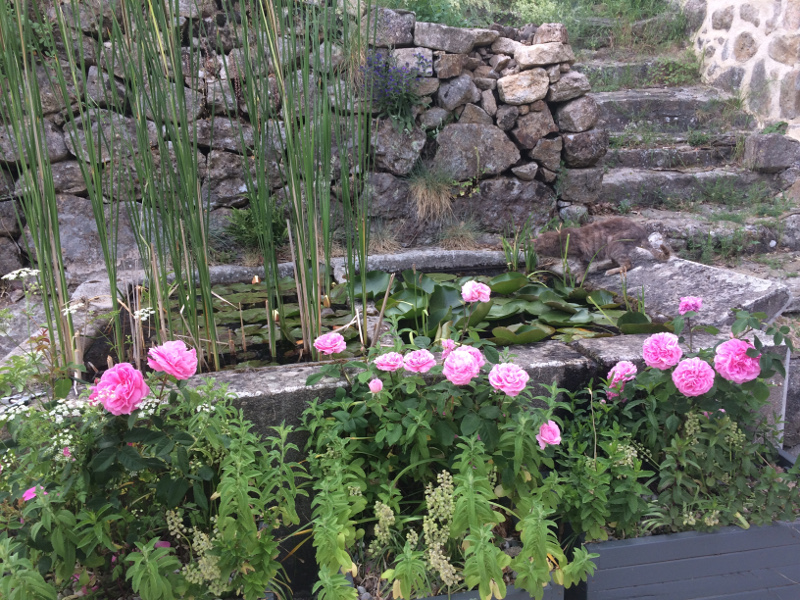 There were two hairy moments – he stopped in the courtyard to drink at the trough and I feared for my water lilies.

And then when we walked up the walnut path right next to the hornbeam hedge and the location of the wasps.

I don’t know if I would have a survived a rampaging horse with a stinging attack of wasps (think Ferdinand the Bull).  Luckily the whole walk was incident free. If you discount the fact I spent the rest of the evening covered in horse slobber.

And counting down until I could creep back up to the hedge.

It won’t be weeded anytime soon.