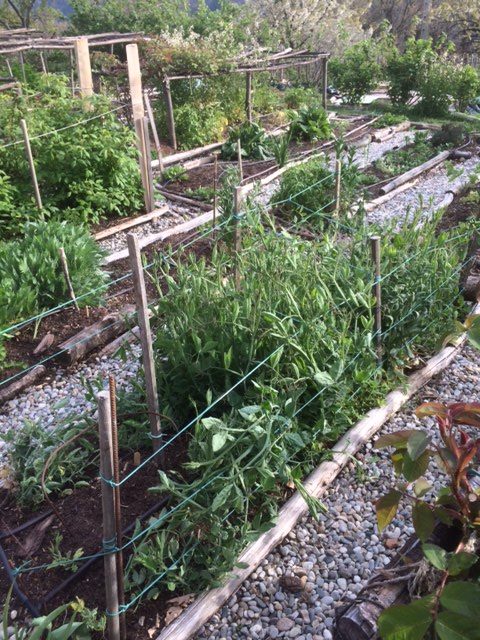 Well this is a first. Every year I keep meaning to corral the sweet peas. And this year I did.  Not perfectly trussed but at least they are less of. trip hazard when I walk past this particular potager bed.

Yep. We are back with the weeds for today’s post. And believe it or not these sweet peas are not what I would called a planned pretty.  I sowed sweet peas once. They hated the heat, the lack of water, the lack of cosseting. 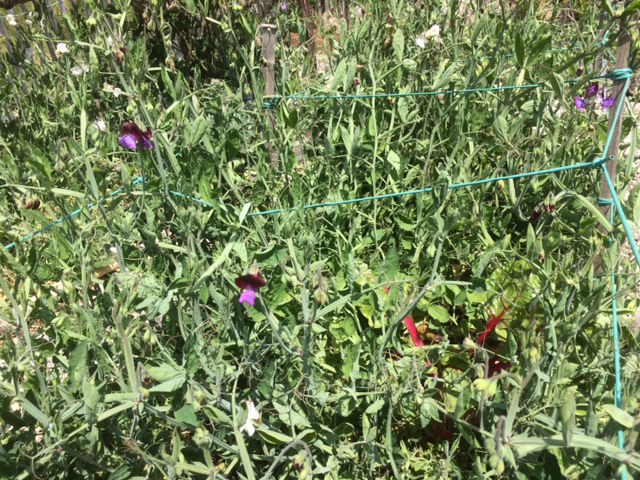 And most died. But for some strange reason they keep coming back and back. The defy all the gardening rules.  In fact, they are weeds.  And what deliously scented delights they prove to be.

I think one of the big lessons I learned in gardening is how the self seeded, the weedy, the unwanted or the unexpected can actually make your life easier. 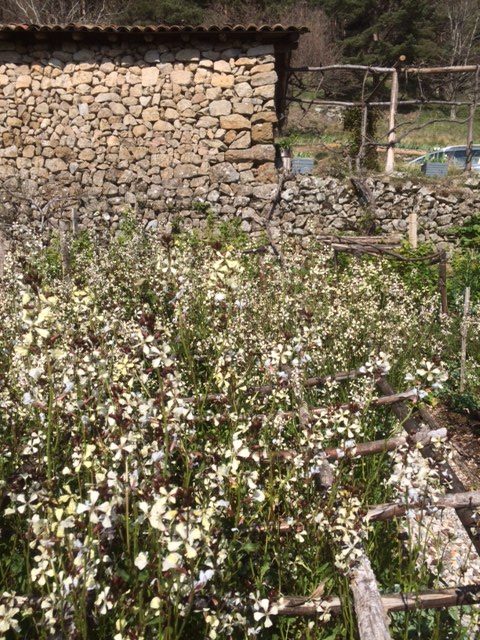 Take the rocket. Another weed in this potager. It defies the coldest winter weather (going down to minus 15C some years) and just keeps on producing. 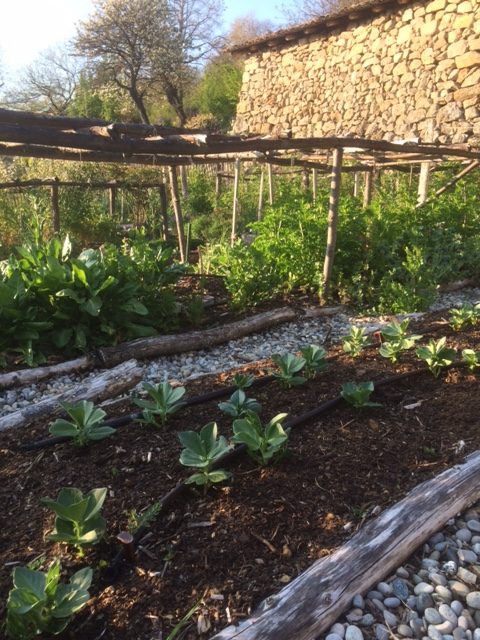 Every year around now I do sit down and hack it back. But I leave the flowers so this ‘weed’ can self seed.

Ditto the coriander.  It may self seed in the paths, but wherever it grows I tend to fall to my knees and weep with relief. 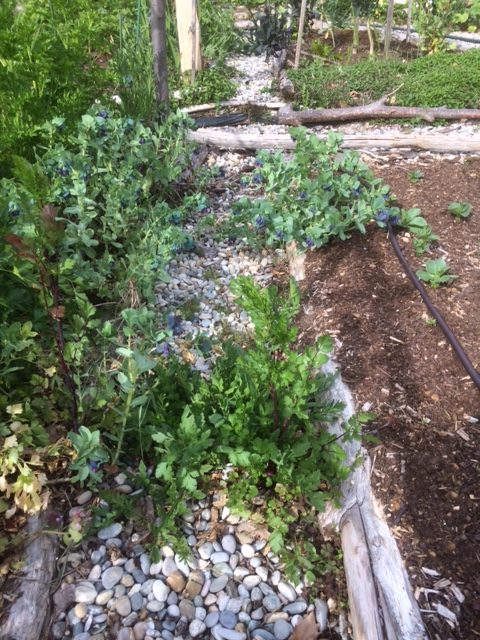 And when it is on the paths at least I know which herbs to pluck in the early evening light.  It will bolt soon. And the coriander season will be over until the ‘weeds’ self seed.

Another mighty potager weed is the cerinthe flower.

I sowed it once. I swear I only planted out a few seedlings.  Years ago.  Never to be seen again.

And now it just appears where it likes. It’s brilliant for my flower bouquets. But you have to be ruthless in yanking out the little tenacious beasties in the paths and the beds.

It could out-compete my raspberries that are taking over not two but four of my vegetable beds right now. And that’s saying something.

It’s a jungle in there. 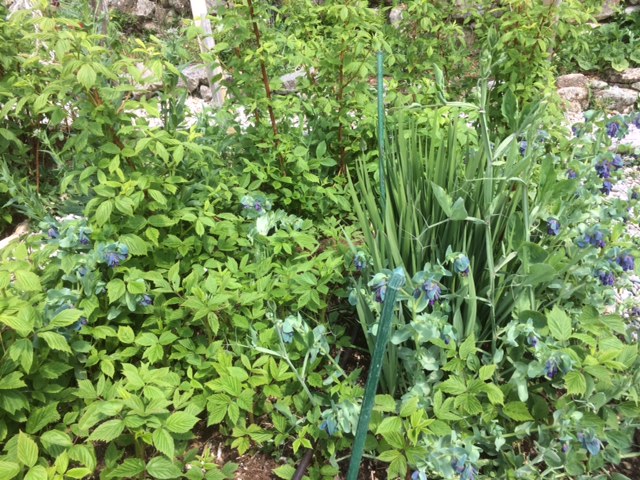 And let me finish on the real weed on the farm right now. The dreaded thistle.

I spent, invested, devoted half a morning this week with heavy gauntlets and long handed loppers cutting out each and every one of these self-seeding nasty. 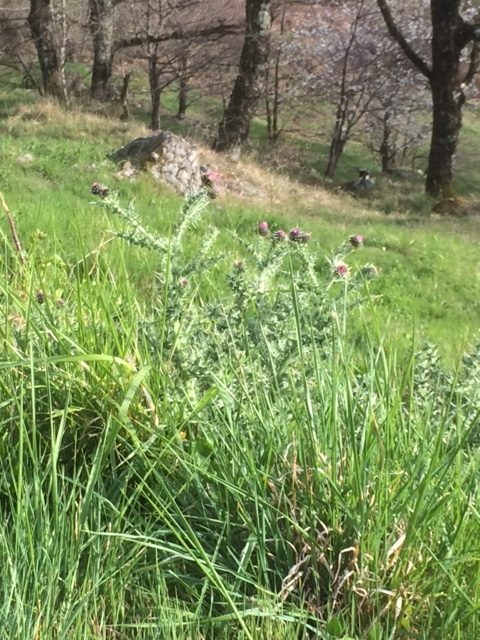 I can’t win of course. Jean Daniel may be attentive to this invasive plant on his part of the mountain. But farmers lower down are not. And when the wind blows hard from the south the seeds merrily blow their way to our terraces.

But I feel virtuous snipping off every head before they set seed. And content myself that the resulting thistle prickle that penetrate any thickness of gauntlet are in a good cause.  They may look gorgeous but boy are they bad.