An early spring peek in the potting shed

It’s not often my potting shed is a picture worthy of a post. But the early spring hum of new seedlings needs to be seen. 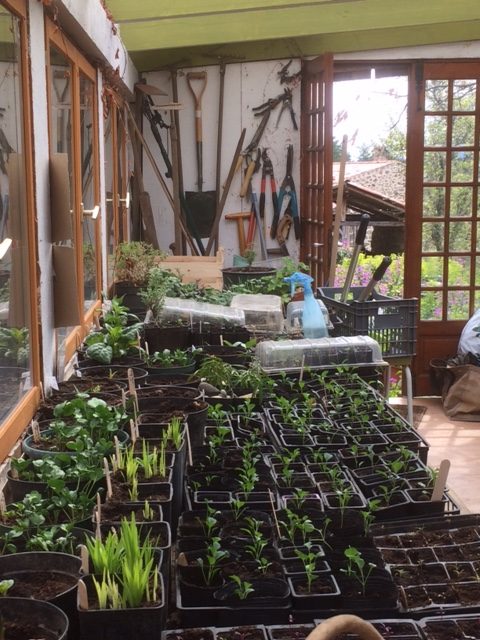 Don’t look at the tools I have shoved on the end wall, I didn’t think about the staging of this shot with tools and insta in mind. Just feast your eyes on the green.

The dahlias are up (three out of the eleven or so are still huddling, but I haven’t given up hope), the liatris are looking perky, the rununculus look exactly like all the weeds I am laboriously pulling out of the oak bank. And the vegetables are fine. Small but fine.

The cavolo nero kale of course are up first. But the runner beans have surprised me. 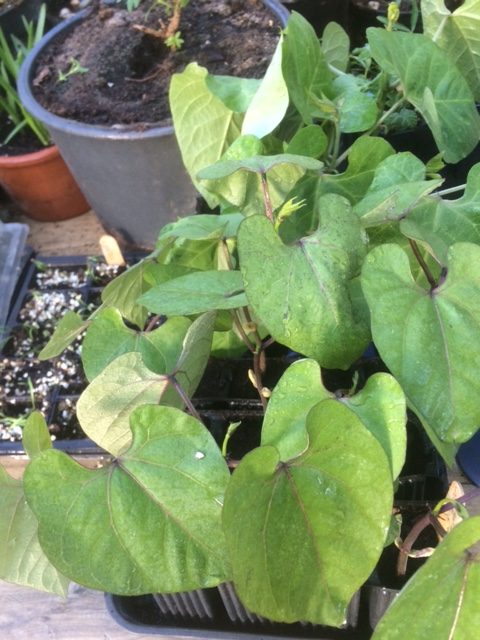 My, they are keen. I even had to place them close to the open shed door just to give them a cooler breeze and harden them up. I haven’t planned on moving them into the garden for a few more weeks. 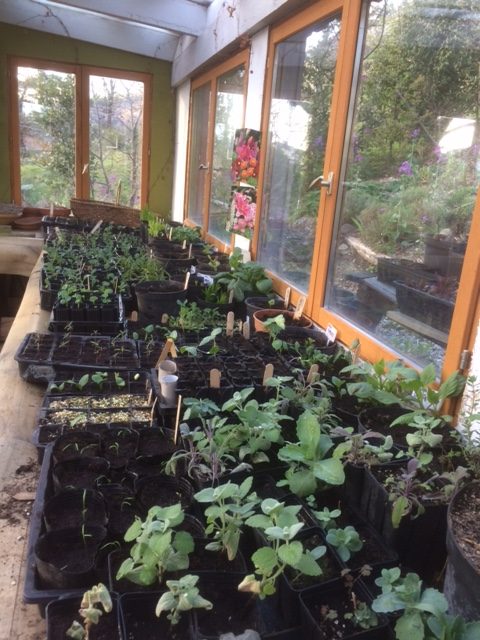 Those ballota, purple sage and sedum cuttings are for the London garden. They’ll be snuck through on the train (before the Freedom of Movement barrier clangs shut) and if I can actually get some choiysia into growth I’ll take them too.

I have been forced to take yet more choiysia Aztec Pearl cuttings as the autumn ones are sitting and doing absolutely nothing. They are fetching, but not growing.

Courgettes, cucumbers, dill, zillions of brassicas – broccoli, kale, cabbage – and an experimental batch of electric red amaranths are all coming along. 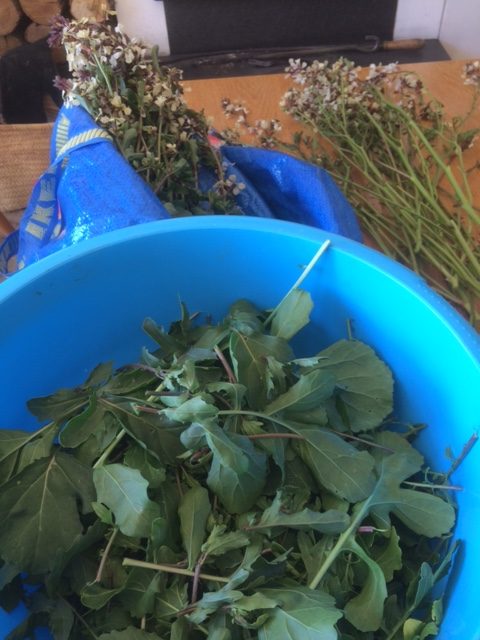 And speaking of which. Shoo. I’m super busy.  Can’t linger.

I was cutting down the almost flowering rocket stalks yesterday in the potager and hate to see waste. I want to make and freeze a huge batch of rocket pesto tonight or be forced to shove them directly into the compost bin.

And that would be a shame as I laboriously picked off all the juicy leaves while watching the latest parliamentary debate on the teev. 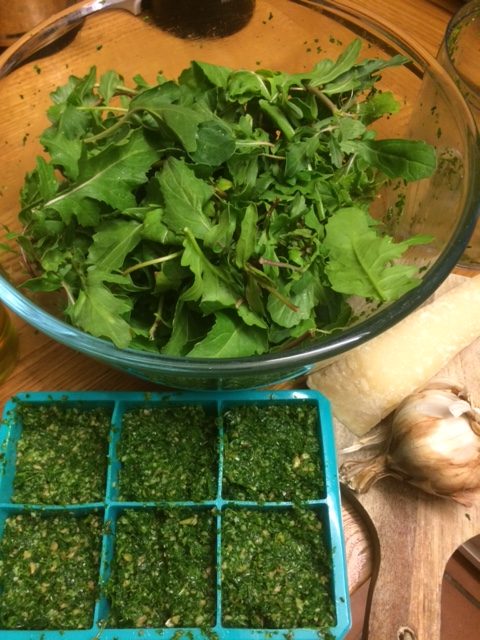