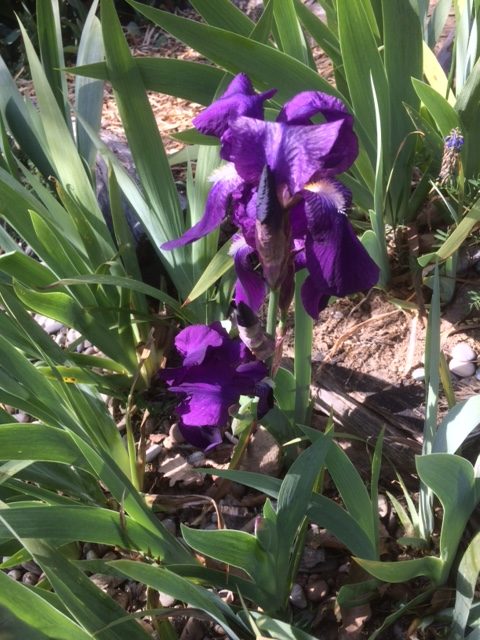 I’m hedging my bets. Friday morning is the potential No Deal Brexit Day. And all being well I’ll be on a train heading to France with the relief of an incident-free entry into the country behind me. But if disaster strikes I’m still queueing at customs at the train station and you won’t see a blog post about flowers for a long time.

It will just be the cry of anguish and the strangled sobs.

So I’m going to send us all a bouquet of flowers very early before it all kicks off. 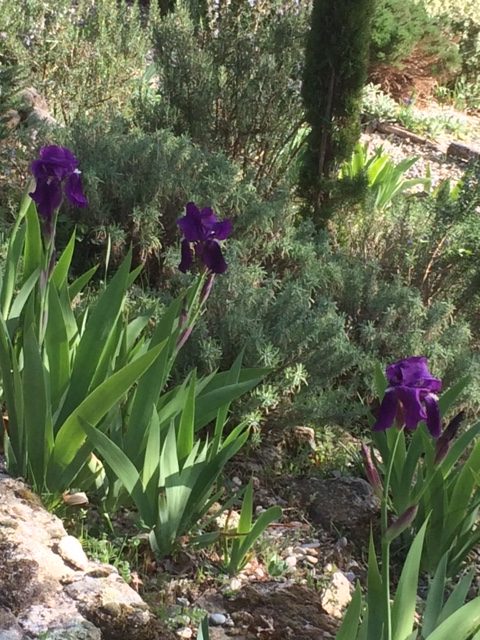 And I’m trying not to think of this as a Bad Train Omen. I’m tapping away at a train station on my laptop and the only thing moving are my fingers over the keyboard.  A quick day trip to Edinburgh from London midweek has been foiled by signal failure somewhere between Morpeth and Newcastle in the north of England.

We have been on this stalled train in the evening at Berwick station quite a while.

So long in fact I have been able to sort out my photo folder, resize pictures, check my emails, and listen in on all the phone conversations around me.

The chances of limping into London before midnight are vanishing. 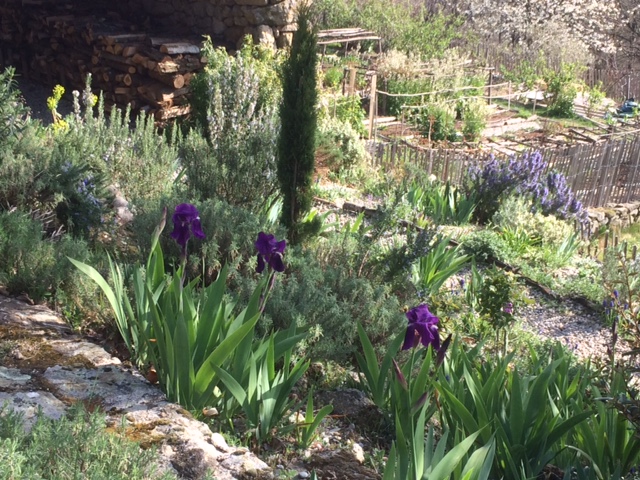 So to distract – my favourite early irises. Half a dozen pop up early all over the garden. And it gives you a taste of the madness of iris colour in a few weeks when I won’t be able to move for giant spears of blue.

Nothing like blooms to take your mind off doom. 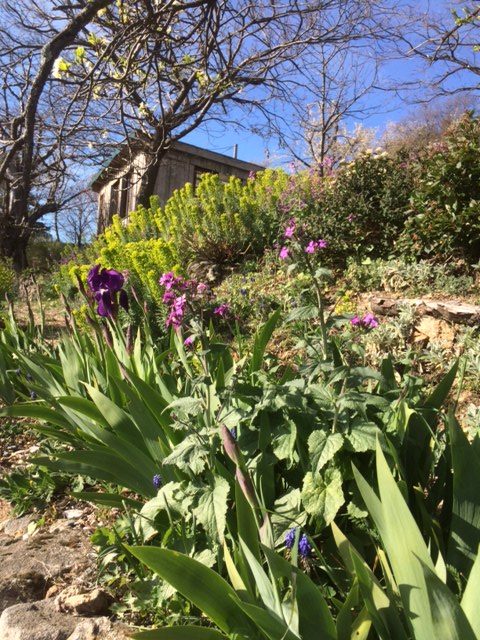 I’d best leave it there. Like everyone who has been enduring this painful political progress for almost three years…. we haven’t a clue.  So I’m going to stick my head in the equivalent of the sandpit by gazing on spring growth. Enough said.