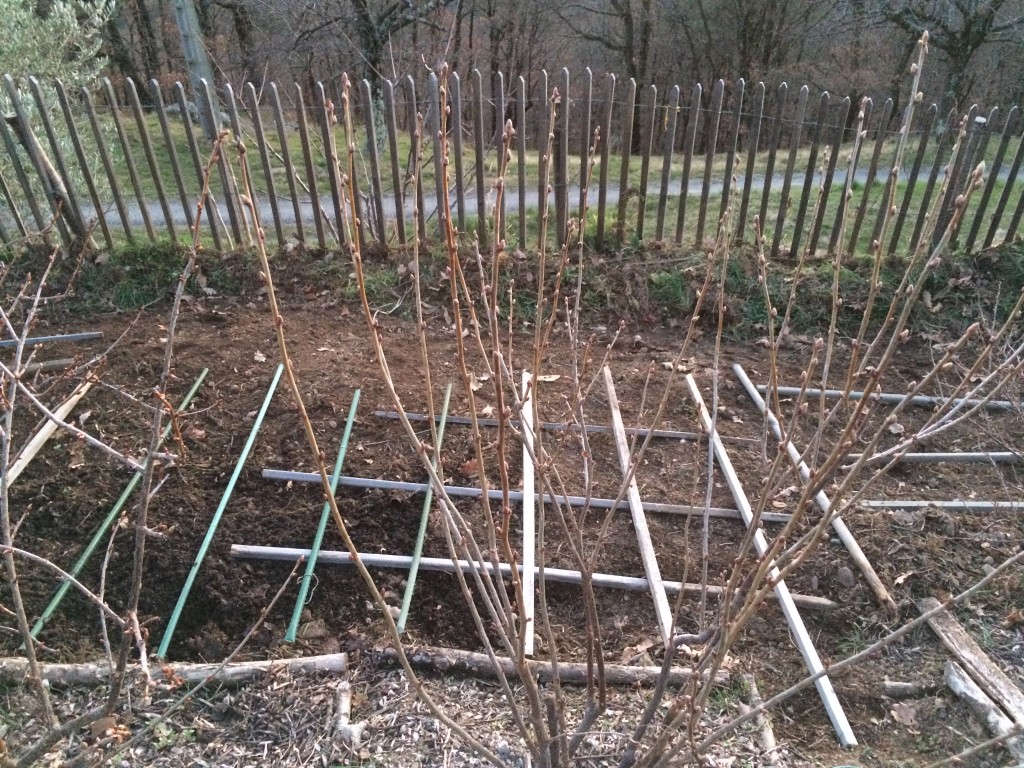 I’m back in a very familiar part of dirt. This is the soft fruit orchard, in front of the potager and so close to the house one has to make an effort at the aesthetics.

And as I was weeding away in this part of the garden I had a feeling I’ve done this before.

For almost ten years now I have been trying to get this particular part of the garden right.  And I suspect I’m not there yet. 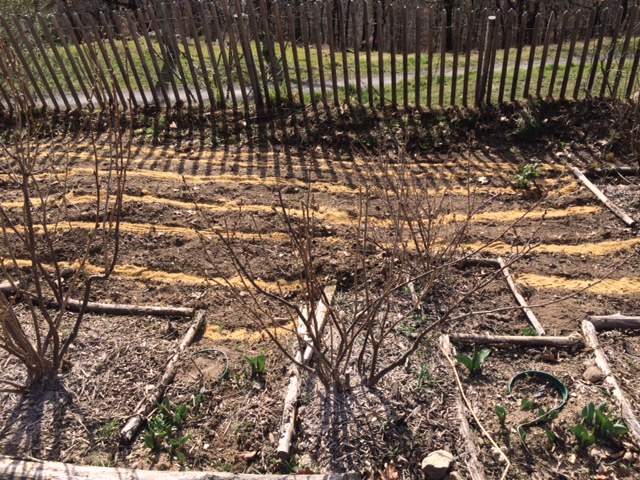 For years I tried to mulch this spot. It’s behind all the blackcurrant and jostaberry bushes.  But it has that challenge of being both neglected with dry soil. And positioned right above the septic tank.

Which means the most beefy weeds rear up lustily from the rich soil below.  Brambles with stalks as thick as rope.  Grape vines left untended.  Nettles worthy of the world’s largest cauldron of soup.  And annual weeds of the rather dull but rampant variety.

I gave up on mulch last year and went for red clover instead.

It flowered magnificently and looked gorgeous for about 11 days. 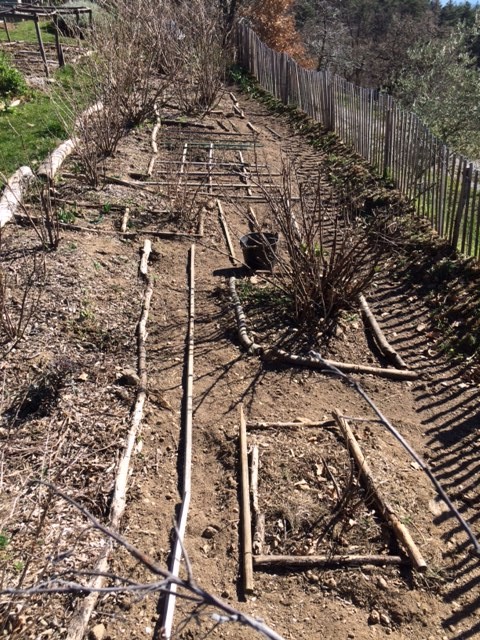 And then it became a jungle.

So that hasn’t worked.

I was going to lay it to grass seed this year.  And shove the mower over it when it gets out of control.

But I thought I would try one pretty thing first. The last chance before it goes dull and sensible.  A mini wildflower meadow.  Yes, I succumbed to the catalogue and thought those dramatic wildflower meadows could be mine. 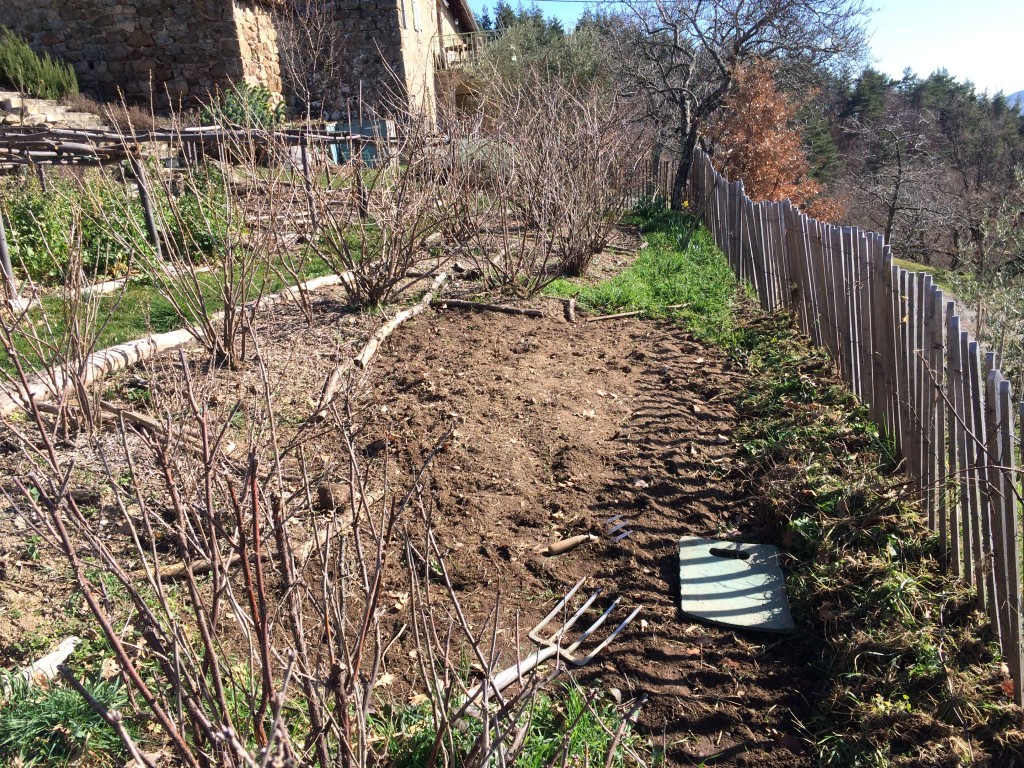 We’ll both chortle over the madness of this option in June. But for now I have weeded the whole area.  And sown the seeds.

I’m trying the Sarah Raven technique of sowing the seeds in 30 cm (1 foot) rows. And then covering the wildflowers with sand. (Yes, looted from the building site in the east garden. You can tell why I did this on Sunday when the builders weren’t here.)

That way I can weed out the gaps and let the wildflowers thrive.

If I get round to it. If you are droppijng by the farm, do make an effort to spend time behind the fruit and get weeding. I’ll be too busy elsewhere on the farm.