I have been putting this little chore off for days. The cypress ‘Totems’ were huddling together in the pouring rain for a week. Soaking nicely. As was the garden. And the gardener. 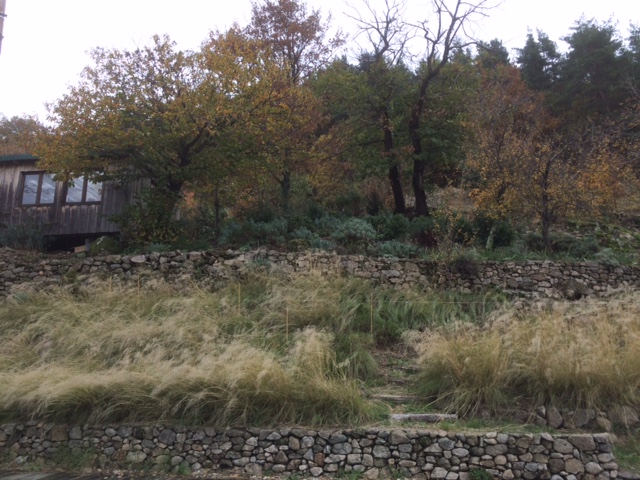 Not complaining! Honest. A soaking is so rare that even if it was nose pressed against the glass yearning to go out, at least I knew the garden was happy.

First job was to position the plants.  I wanted to have a sort of messy symmetry with the two banks either side of the central steps.

So I fixed the measuring tape on the end of the cypress on the lawn bank and then bush bashed my way across. 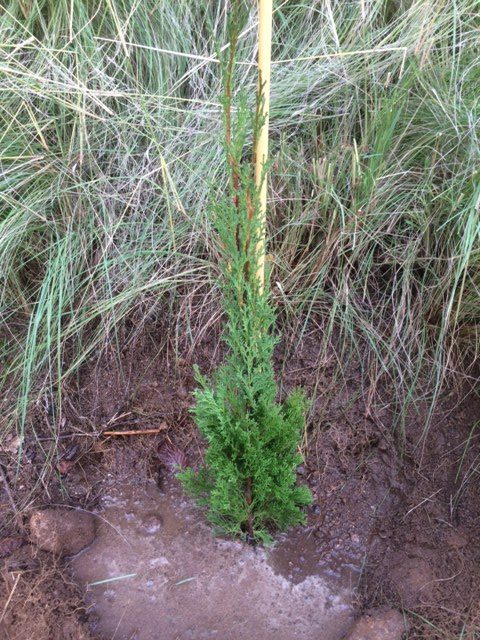 Goodness it’s tough going. I have booby traps of brambles and the eragrostis curvulas make such a marvellous dense matting that it’s a touch perilous stepping over them.

I had a few slides, a few sweary moments. But I managed to create a sort of straight line. 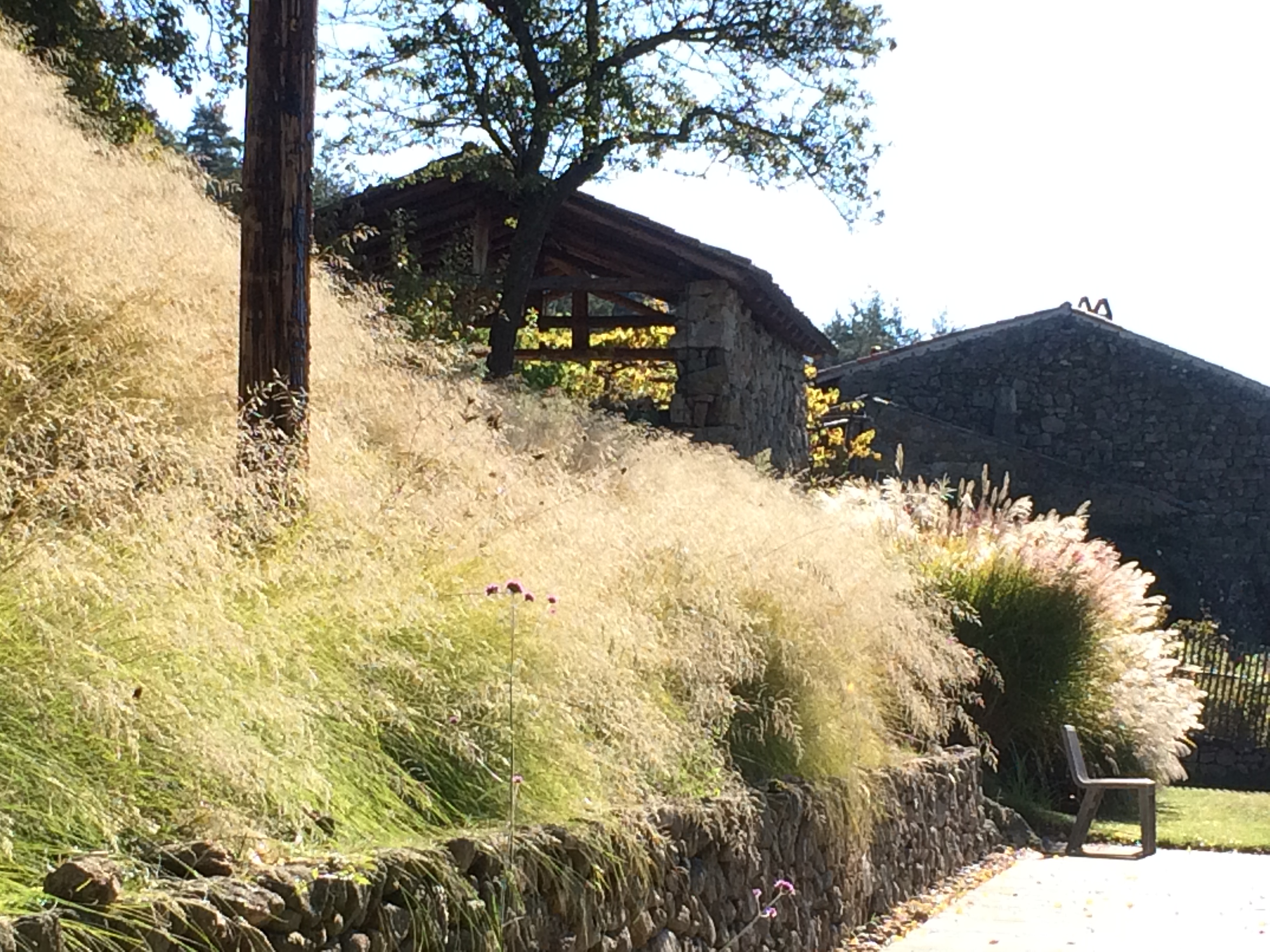 I’m tempted to do something about the bloody telephone pole in the middle of the bed. But actually, short of growing a leylandii cypress right in front of the pole about ten years ago (curse my lack of forward planning) I don’t think one stands a chance to disguising it. 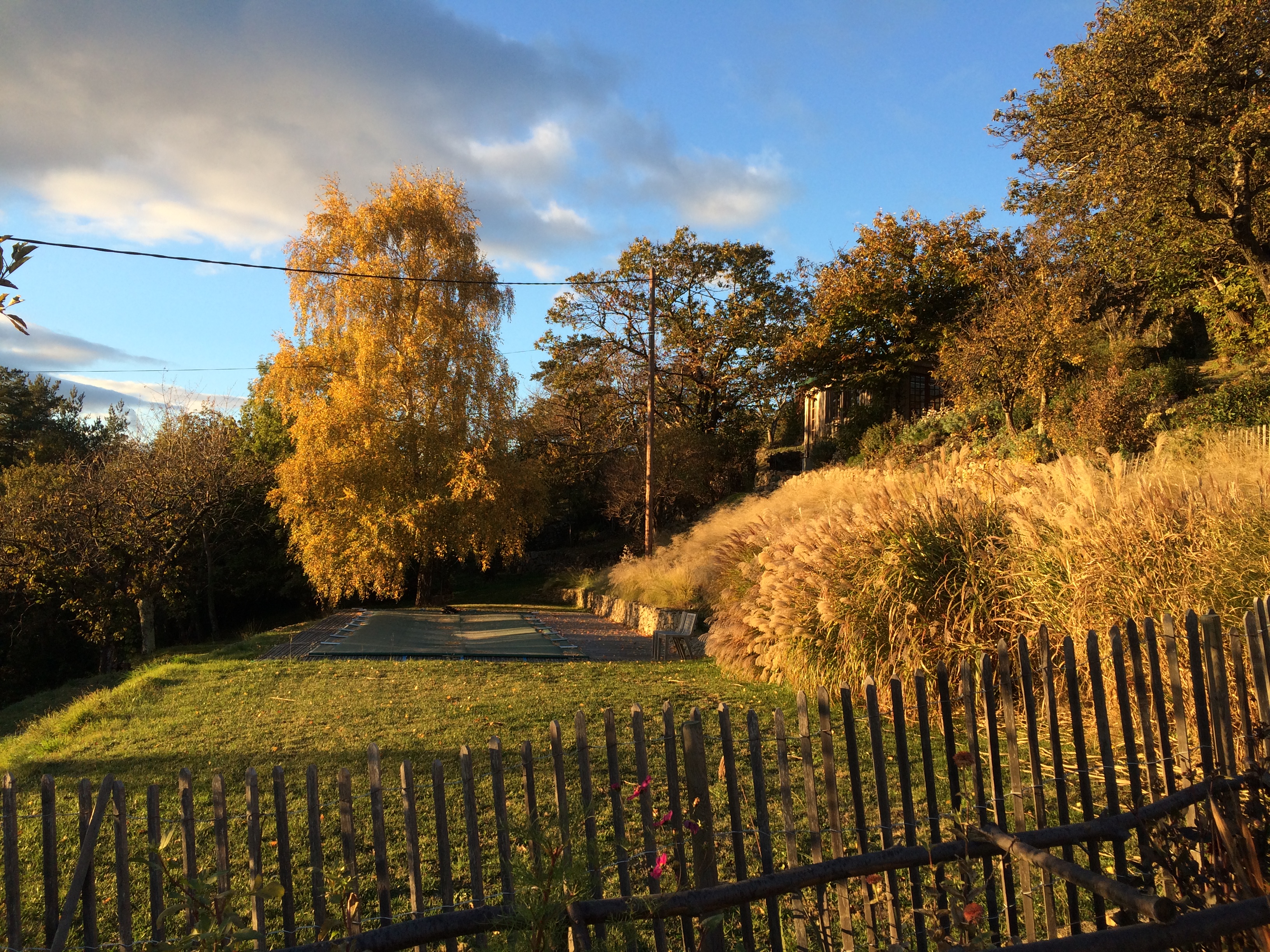 So in true ‘this is too hard’ fashion, I’ve just decided to ignore it and plant my cypresses further up the slope.

And learn how to take photos that seem to miss the bloody big pole in every shot. 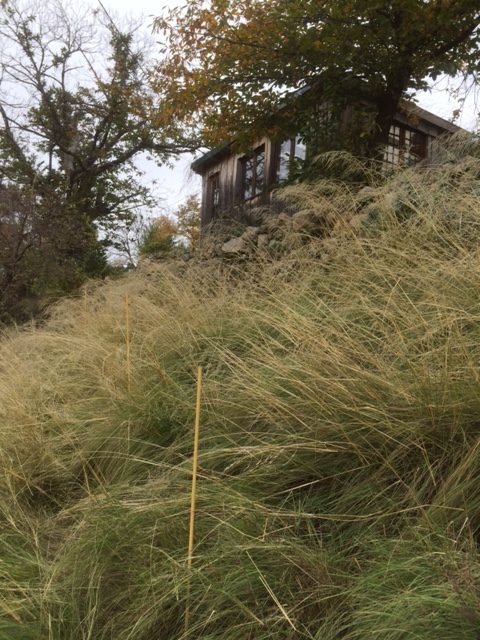 The trees won’t grow massively tall. But I’m hoping they will eventually poke their heads above the height of the grasses.

I planted five. Staggering them about two metres apart. And to get them into some decent depth I just levered out a monstrous ornamental grass (transplanting them to the duck pond terrace bank) and then stealing as much soil as I could from the gaps.

A good deep watering and then the all important so bright you can’t miss it yellow pole to show where the little plant is hiding in the undergrowth. 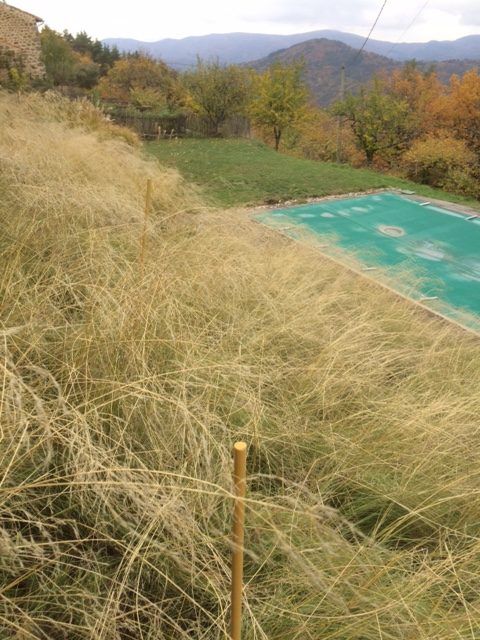 I was feeling a touch maudlin about the undergrowth as I worked.  I’ve always wondered where old Artur staggered off to die in April this year. I assumed he might have gone off up into the forest higher up the mountain. But what if he snuck onto this steep bank to sleep and just expired?

As I was bounding over the huge tussocks I must confess to looking carefully to see if there wasn’t a nasty surprise hiding underfoot.

I won’t be pruning the grasses until spring. But I might be tempted to take some of this annoyingly fluffy top growth off earlier. If I have some time. 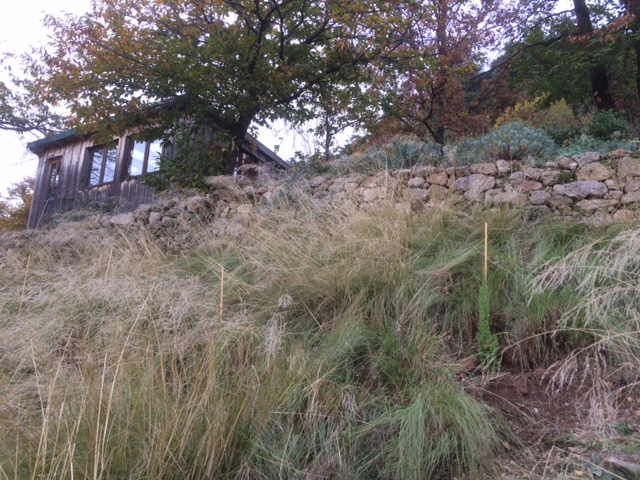 I’m curious to see whether the same grasses growing two terraces further down the mountain on the orchard bank will suffer from their early haircut.

Ooh, a scientific experiment. If I could check the lush growth of the grasses I won’t mind at all. But my guess is the plant will just surge on regardless of the ‘rule’ about only pruning in spring when the new growth appears.