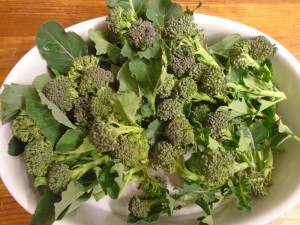 Pausing to wipe the slug slime off my fingers I can begin. I had just brought in some absurdly early purple sprouting brocolli from the top vegetable garden as part of the festive lunch.

And naturally I wanted to snap a shot of this rather early brocolli. It is supposed to sprout in March, not December.  But as I was tweaking the picture I grabbed a small slug which was riding on the underside of one of the florets.

That is the problem both with showing off with one’s food. And also this weather. It is way too mild. I expect slugs and beasties to be killed off in winter.  Not hanging about sampling gourmet delights in the garden. 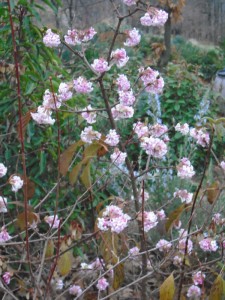 But vigilence with the veg I shall have to be until the weather breaks.

And in the meantime, for Christmas, I present ridiculous early flowering things. Yes, those are snowdrops in December.

And this viburnum has never put on a better display.

There are three of them in the hedge behind the potting shed. Their scent is at once lovely and a bit repellent.  It suits the crazy bees who are still soldiering on with pollen collection.

They will have more luck with the neighbour’s japanese quince. 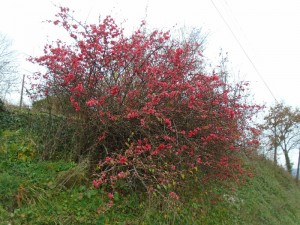 How about this for mad December flowers?

It’s the talk of the area.  That and how much everyone is admiring our newly tarmacked town. Get this, we now have footpaths and everything.

I would be brave and sneak a shot of them; but I would be laughed out of town for doing so.

Instead I give you my Christmas gift. The mole rat didn’t eat all the parsnips in the garden for which I am very grateful.

I took my fork down to the potager yesterday without much hope. All season I have been unearthing detritus left behind by the little critter.

One bed has all the carrots and parsnips and it is way too close to the taupier’s den. (Do they have dens?)  I tried hunting for carrots, but only found two. 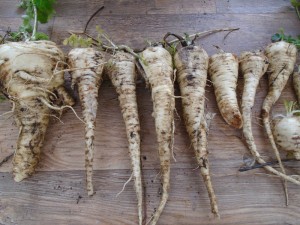 But parsnips. A plethora of them. One of them is monstrous and no doubt a bit woody. But as soon as I hit send on this blog post, I will be working away like made with the veggie peeler and trying to turn these just-from-the-garden delights into part of Christmas lunch.