I don’t even hear the exaggerated sighs any more. Another wall another obstacle. These poor builders have had to put up with so many climbing spiky plants growing up the walls where they need to work.

And if I may boast, have I trained them or what?

Here is the climbing rose on the south side of the guest house, all trussed up nicely and I didn’t even need to beg. 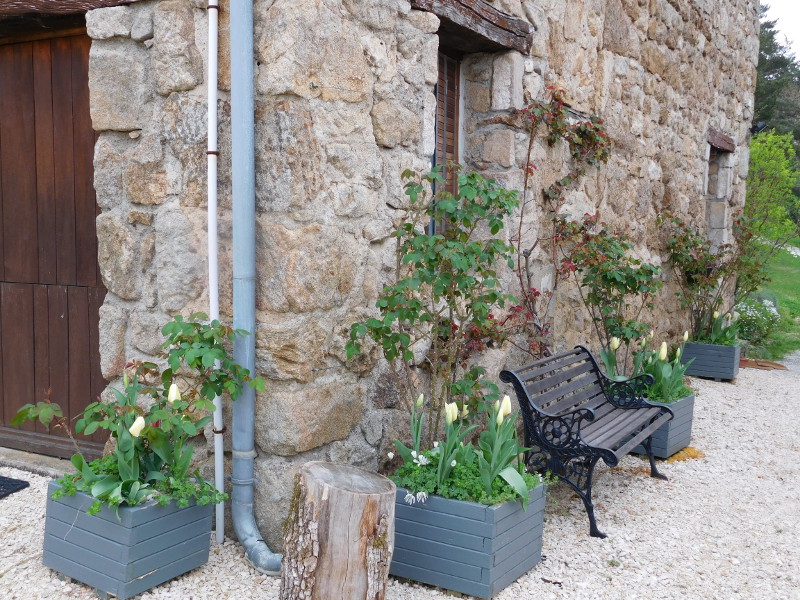 I think Etienne signed up for the considerate builders’ scheme. He moved the rose planters over to the other side of the courtyard. And all done without so much as a whimper.

Possibly because he couldn’t hear over my whimpering as I was on the other side of these damn heavy pots.

But it’s great. No damage done. 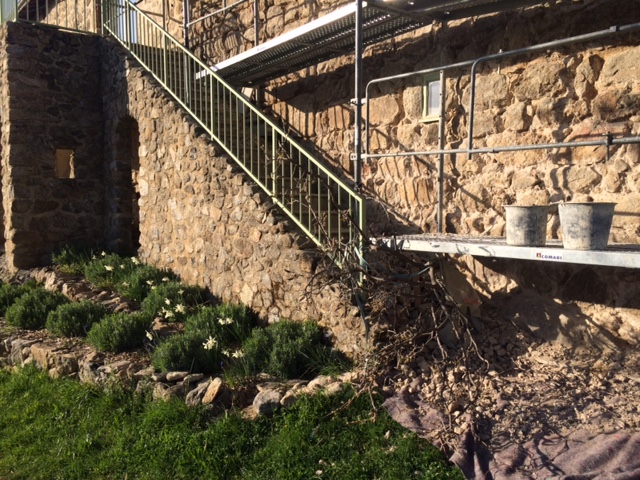 And not even on the large wisteria that was on the front of the main house. I came back last month to find it bent right over and trussed to the underside of the scaffolding tower. Eek.  But I was assured the creature was fine and would be restored to glory. 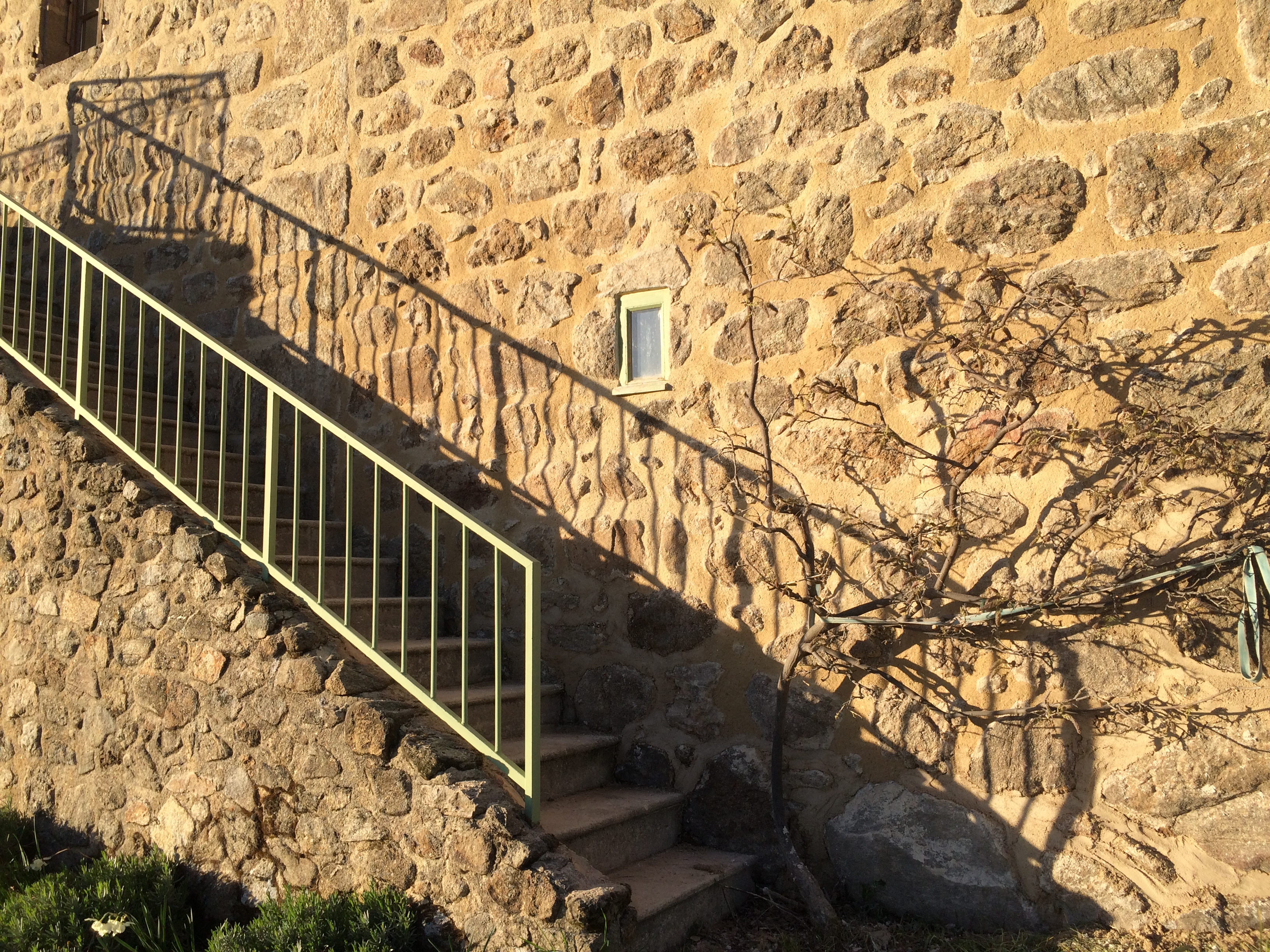 I must get a shot of it in its glory. (Pause, that was a waste of time. I was sure I had snapped it flowering, but it has disappeared from my iphone. And I went down a rabbit hole of distraction looking for it.)

Of all the walls they have stripped back and repaired, I am most excited about this one on the west side of the guest house.

The shot you see above the title is a perfect example of before and after.

Even Carla’s great photos from the House and Garden magazine shoot couldn’t hide the eyesore of white scribbly lines all over the west façade. 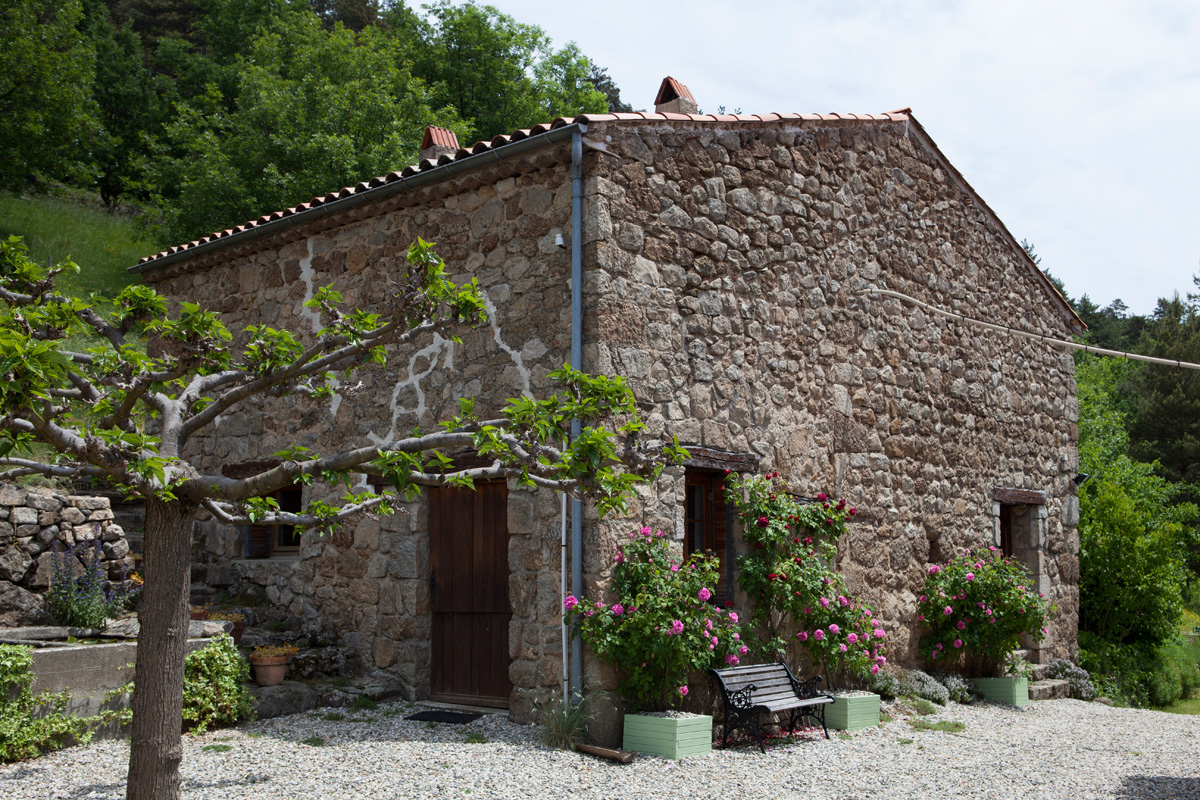 It had such an eyesore of a repair job done in the past.  Who on earth thought white mortar would do? Well, obviously someone on a budget. I am so conscious that we are the first owners of the farm in a few hundred years who can afford to get it done to the older artisan standards.

Bebère and Etienne pride themselves on the traditional techniques. And for once that doesn’t mean slapdash no-one will notice the glaring error tradition.

But back to exterior walls. Herre are some of the fun things they had to contend with on the west side of the guest house.

So my job for the past week has been to bother them so much they would come out of the roof space they have made their home for the past 30 years. And go somewhere else.

I think it has been a success.  Time will tell.  But it was a case of getting the infra-red camera up to try and see which is their favourite hole (among many); and stand importantly by on the top of the scaffolding tower and not titter while Bebs gave all sorts of places dramatic deep sniffs to see if he could spot a smelly entrance to a nest. And not inhaling too much mortar dust at the same time.

And I spent a merry morning (not) cutting out chicken wire to stuff into 31 of the 32 holes in the tiles at the top of the roof. 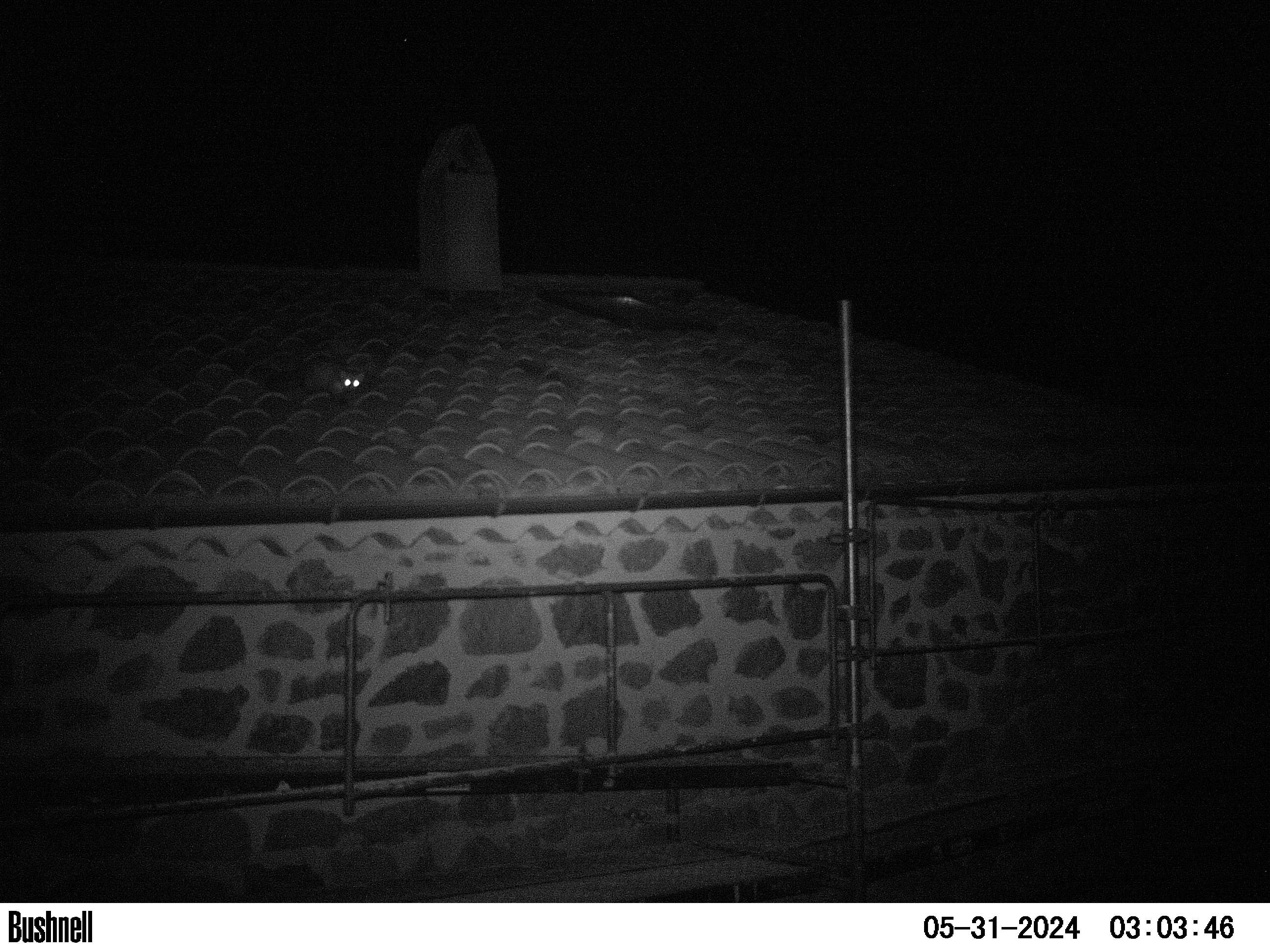 Oh yes, brilliant design. If you love creatures in your roof.

And then seeing if the pine martens would climb out of the 32nd aperture that wasn’t blocked up.  We left it open for three nights. Added loud schlonky pop music on the radio all night, banged with brooms and generally made merry hell.

It’s a good thing there are no guests staying.

For an encore I cut out 35 more sheets of the chicken wire to go onto the very top of the roof rib to secure the exits under the tiles there. 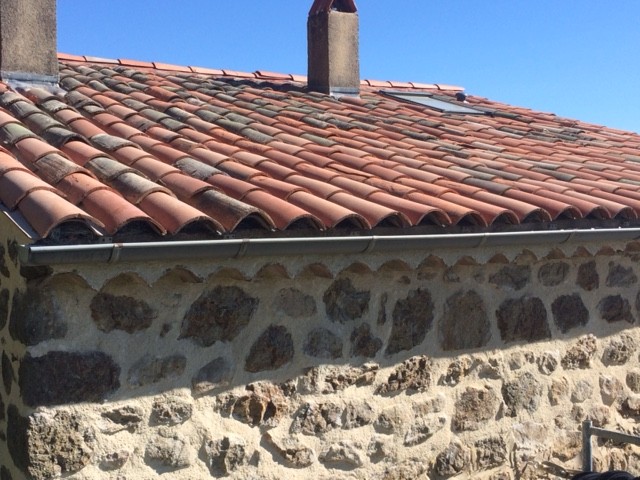 Now you might ask why are we going to all this bother disturbing wild creatures. After all, most people in Sydney share roof space with possums. What’s the difference?

The answer lies in the fact the pine martens are carnivores.  They bring food home. Rotting tasty morsels and nice acidic urine and faeces building up over the years and causing the plaster in the ceiling to sag on the inside.

So out they must go.  I did a hasty job of (sending Etienne up the 25 foot high ladder) to close up the gap in our own main house left by a tiny access window. And you never know, we might not hear the patter of little feet in either ceiling for a while.

My fingers are crossed. 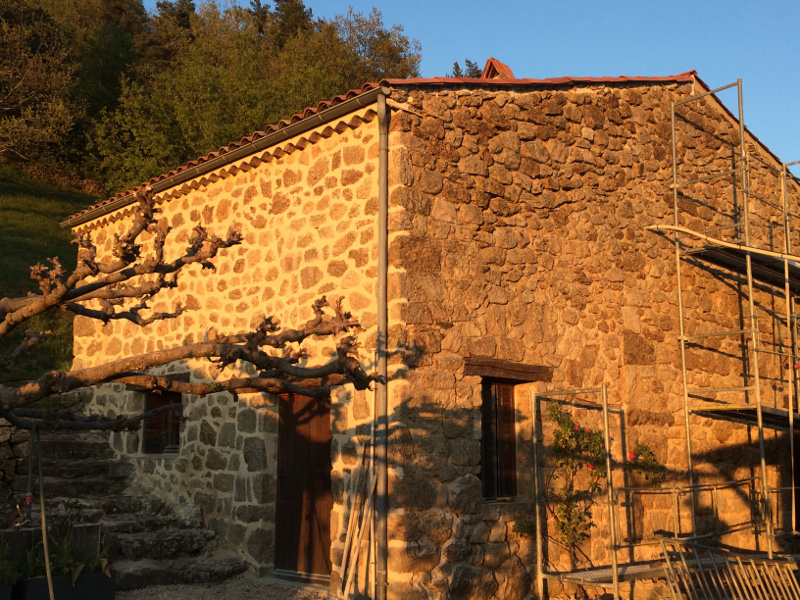