Autumn in the potager 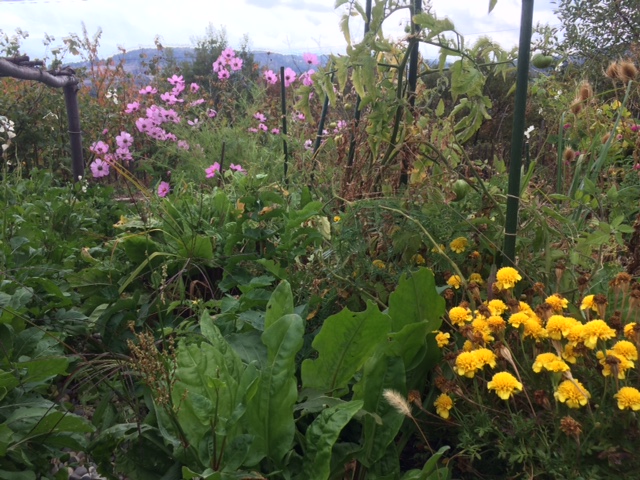 There’s good eating here. If you can find it.

Sorrel and rocket and tomatoes and beans. Swiss chard too.

But for the past two days I have only had eyes for the paths.

It’s a bit like that mantra of sorting the edges of lawns to make the whole area neater.  I don’t have lawns at the mo; just parched dust. But the gravel paths have finally emerged from the mess. 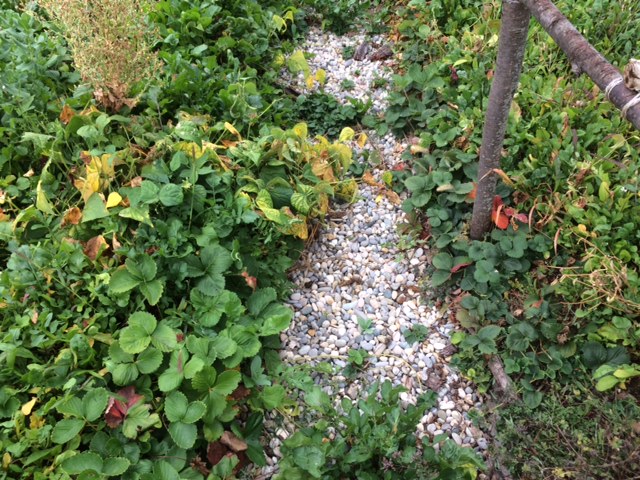 And my biggest pest is an edible one. Strawberry runners.

Man I have a glut.

So out they came and I couldn’t countenance just throwing them onto the compost heap. I have planted them on the edge of the potager where they can do less rampaging. 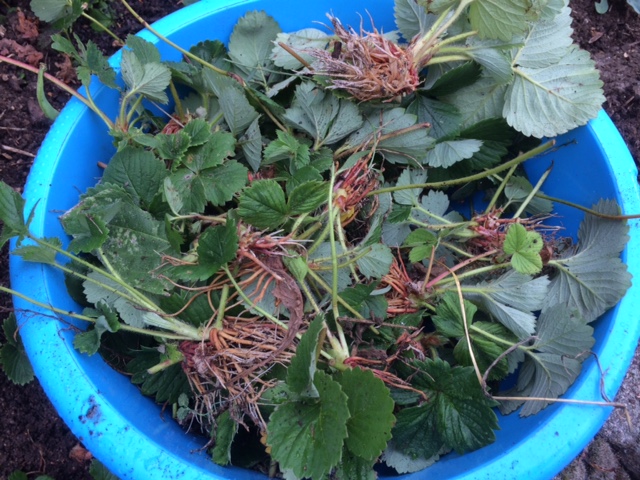 For rampaging is what they do.  In fact this winter I want to lift every single one out of the potager beds and corral them more severely. 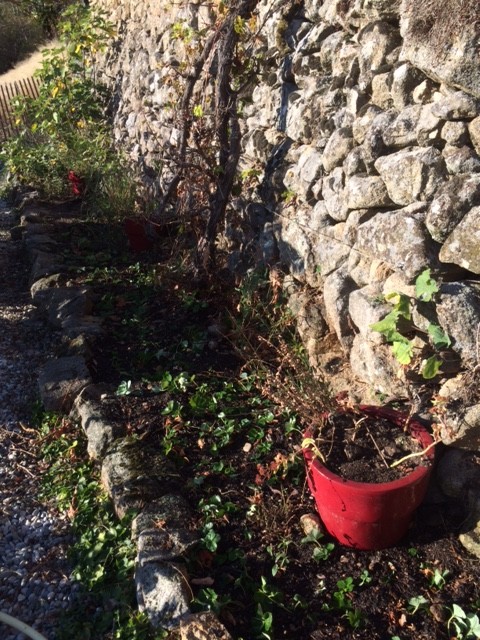 They won’t get as much water, alas. I haven’t any automatic watering system in this part of the garden. But right now I am less concerned about a future crop and more worried about the jungle in the beds. 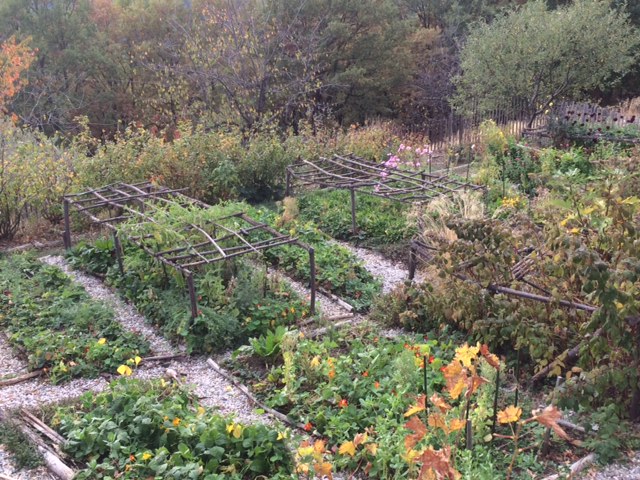 There were actually three instances during the day when there were scudding clouds and sudden light showers. Quite a thrilling adventure. Sadly the whole tally was 1.4mm which is beyond derisory. 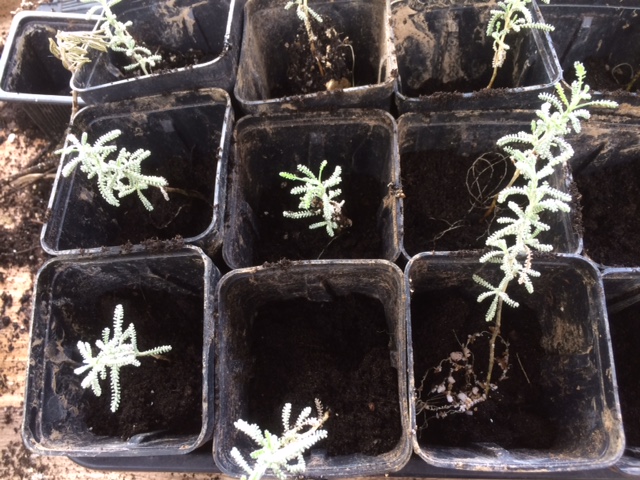 But I was able to nip into the potting shed and pot on my propagated plants. New santolinas, one surviving prostate rosemary, lots of geraniums for Andrew. A forest of cerinthe plants. And of course plenty of opportunities to bother Artur. 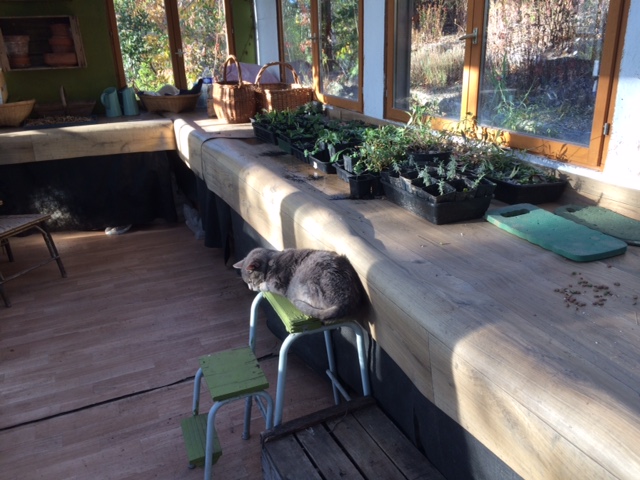 He is putting himself on the naughty step without any prompting.

Purring like mad, and keeping off the baby crops. 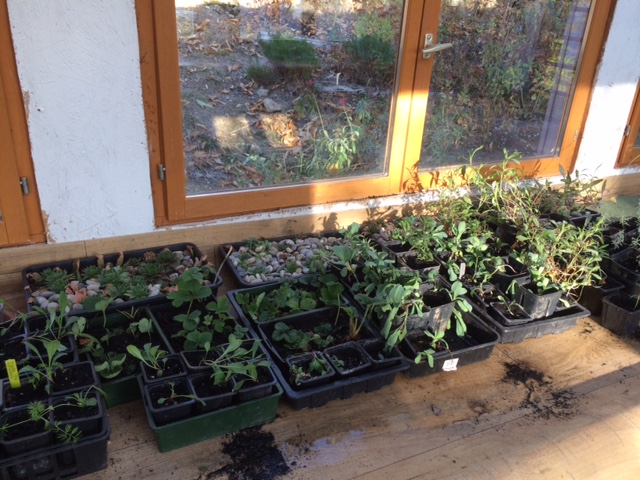 I sowed seeds in August – partly in a response to all the death and drying around me. It’s silly of course. I doubt I will be over winter these little celosias. But the gauras and cerinthe might survive.

I wanted to have the potting shed clean and the potager orderly so I can spend the rest of this week doing the most urgent autumn task – bulb planting. More anon.