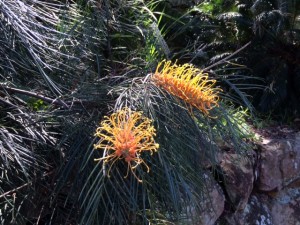 I have become a grevillea addict. Aren’t these colours amazing?

I am planning my walking routes around Seaforth and Manly according to where I can get my fix.

These yellow ones are at the top of my parents’ street. And I have been admiring them for years.

I think I even took ripe seeds one year in the vain hope that I could grow my own. 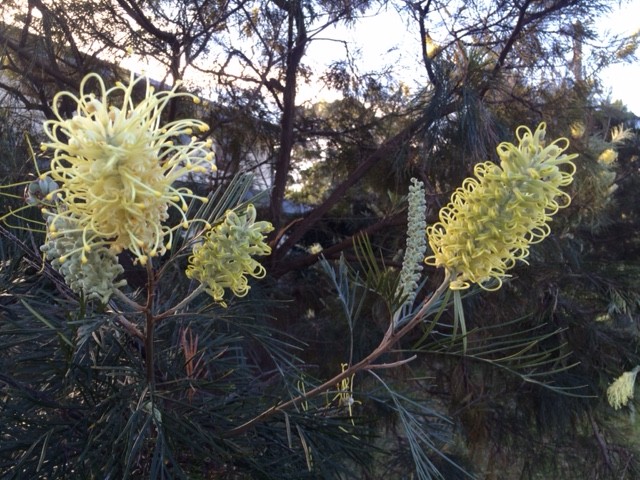 But I could have another go at the callistemon. I managed to grow one from seed and then after two careful years I let it expire in my potting shed when I had to make a dash to Sydney this February.

Who knew it would be so warm that my plants, unwatered, would die of thirst.

I also lost two amazing lemon trees which I had only purchased, but yearned for for years. But that’s another story. 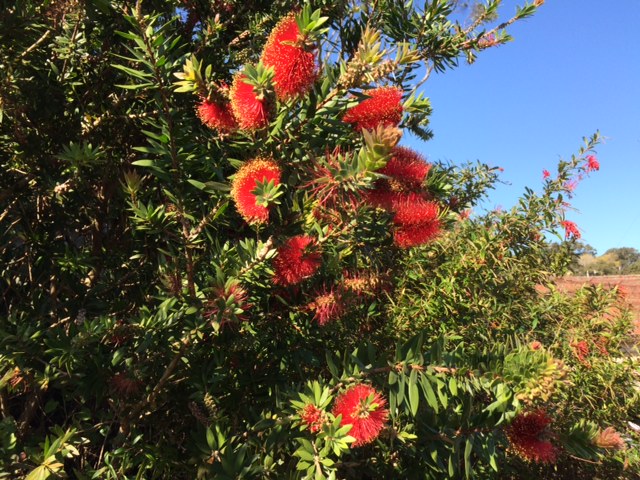 I am minutes away from the airport shuttle bus which is coming to pick me up and return me to the Northern Hemisphere, so I had best do the last packing and gird my loins for the flight.

Next post – the farm. It has been too long.

« The mountain farm in winter » Success is the compost of failure