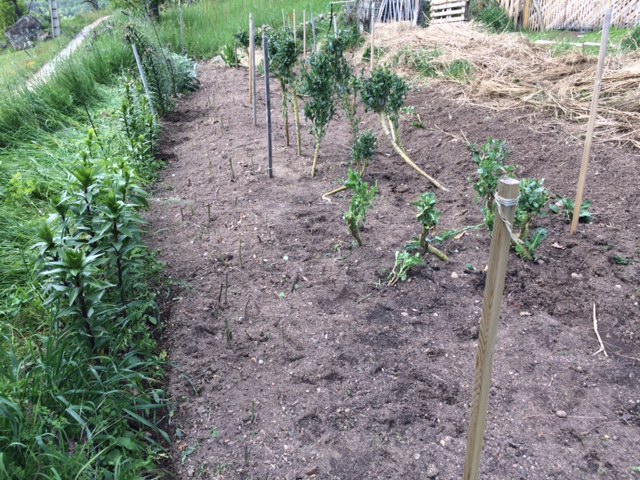 Eeeuuh bare soil! I know, I know. It’s a shocking sight for this no dig garden.  But the asparagus patch was starting to get really out of hand. (So ugly I couldn’t use it as a cover shot. That’s the lower potager. The asparagus are up the top of the farm hidden out of the way. 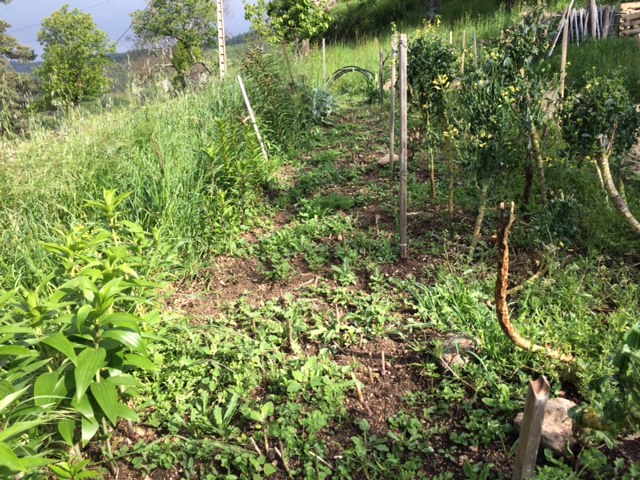 You can’t even see the spears. And we have three more weeks of cutting to go.   To the far left is a path that is knee high in weeds. Then you have a line of lilies in pots sunk into the ground and doing brilliantly,  the asparagus bed, and then far right, the 2016 brassica bed.

I twinkled up here this morning bright and early and told myself that I wasn’t coming in for a cup of tea until I had conquered the worst of the bindweed and annual beasties. 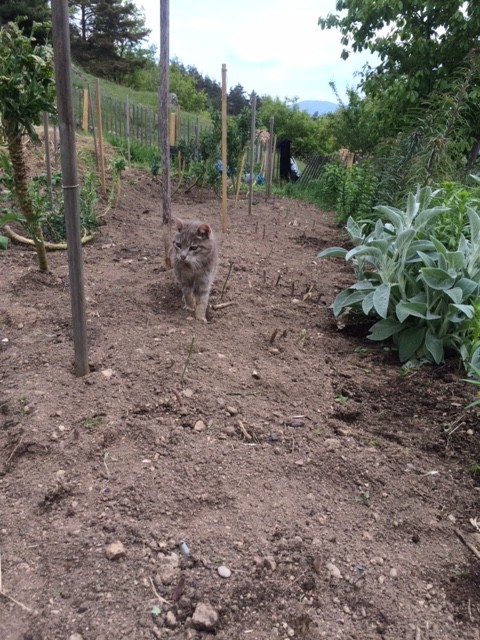 It was a sitting down job and rather fun in the sun.  The wind was blustery, but there is one advantage for having such high weeds on the edge of the potager; I was protected.

And I had my intrepid companion. 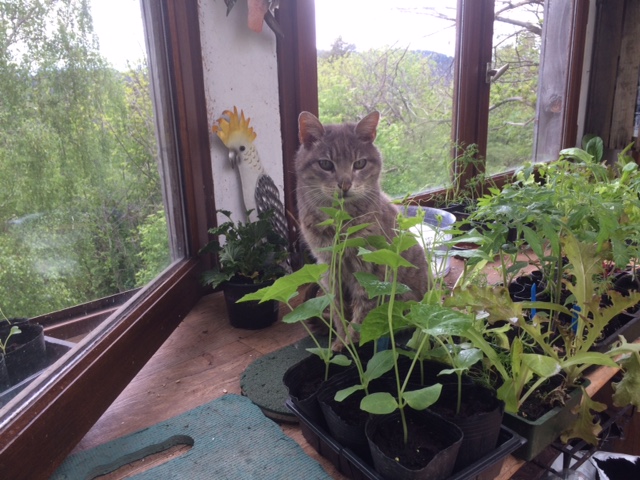 He’s not just a pretty face. I was thinking that today when he had it lifted up towards me on my lap. Usually in the mornings I head up to the potting shed with his favourite breakfast: a beaten egg with a splash of milk. If I’m lucky I will get a bit of affection from him before his breakfast. But in reality he barely acknowledges my presence apart from accepting that someone has to get the egg out of the fridge, whisk it, and get it into his bowl. 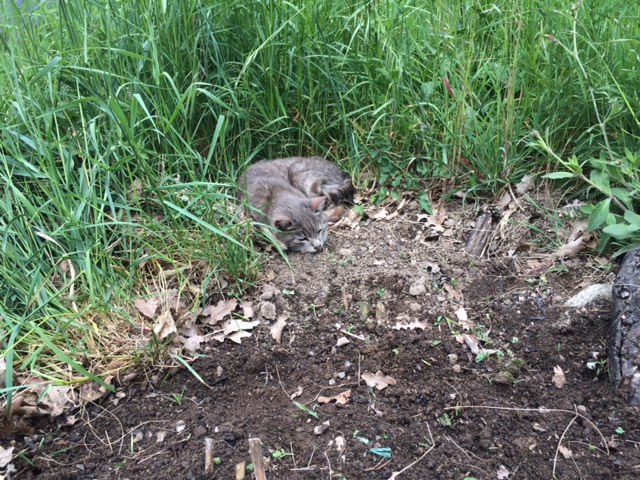 But this morning it was a leap onto my lap and purring and general loving cat behaviour. I was taken aback. (He is generally cranky until the sun warms him up.) Until I realized that he had a small tick on his neck.  And he can’t get it off himself. So by presenting himself for careful grooming I spotted it.

All day he was a big baby following me about and leaping onto my lap. Never very clever when I am trying to get at bindweed roots, but cats and ticks come first. The season has begun. 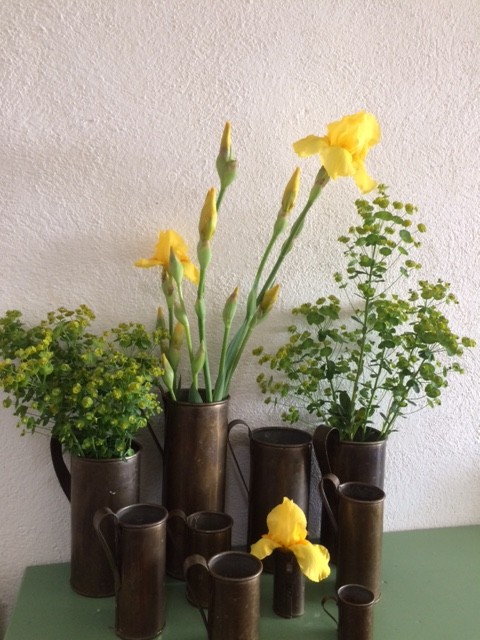 And when it became too warm to be baking on the bare earth, he staggered into the shade of the weeds. But never far away.

As soon as I can, I’ll be mulching this entire top potager.  But it’s a Saturday job. Either I get lucky when I go down to Valence and find the sacks in a garden centre or supermarket. Or I haul the sacks I stored in the basement and put them in the car and take them up to the top potager and mulch like mad. 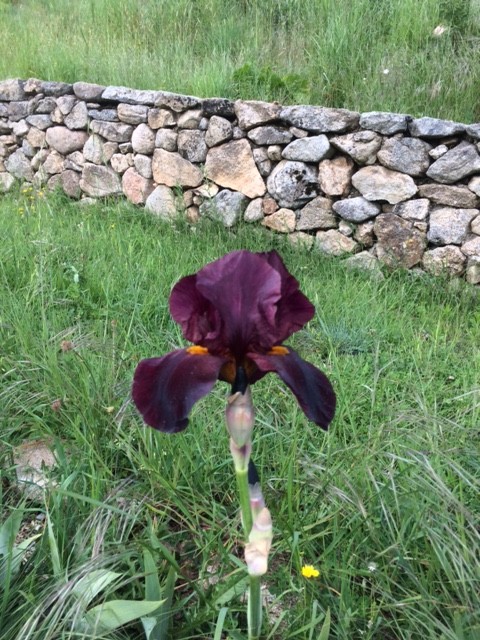 So fingers crossed the weeds don’t get overexcited by bare earth and germinate in the next few days. Otherwise it will be yet another weeding session. Ugh.